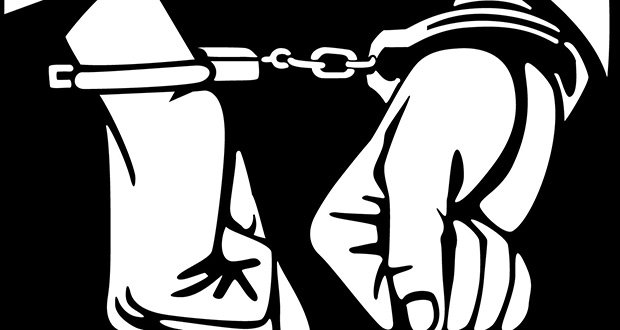 Here are 30 Interesting Facts About Police and Citizen Arrests.

1-5 Facts About Police and Citizen Arrests

1. The only person who can arrest the president of the United States is the “sergeant at arms and doorkeeper” (SAA for short). – Source

2. Peter Tatchell, a British gay rights activist, attempted a citizen’s arrest on Zimbabwean president Robert Mugabe in 1999. Tatchell walked up to Mugabe’s motorcade, grabbed the stunned dictator by the arm, and stated calmly, “President Mugabe, you are under arrest for torture.” – Source

3. California Penal Codes 837, 839, and 844 allow citizens to round up a posse Wild West style and kick in the front door of someone’s house to arrest them for committing a felony, whether or not a police officer is present for the arrest. – Source

4. In 2009, a New York cop was placed in a psychiatric facility by his fellow officers for releasing recordings he made that showed quotas were leading to police abuses such as wrongful arrests. – Source

5. In 2013, a 50-year-old homeless man named Timothy Dean Alsip in Oregon held up and robbed a bank for $1, then sat down and waited for police to arrest him, so he could receive healthcare in prison. – Source

6-10 Facts About Police and Citizen Arrests 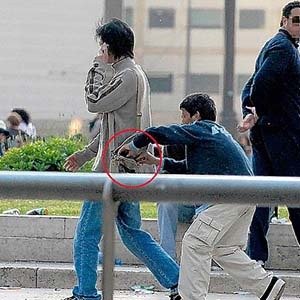 6. Due to a Gypsy crime wave, city officials in Milan authorized police to set up an undercover operation that used hidden cameras and telephone taps to make arrests. The investigation found some children were generating up to $15,000 to $20,000 a month from their criminal activities. – Source

7. In 1924, children playing on the banks of a river in Germany discovered a human skull. More bones were discovered, eventually leading to the arrest of Fritz Haarmann, who was butchering humans and selling their flesh as pork. – Source

8. Before D-Day, the Daily Telegraph featured crossword puzzles, which coincidentally had the same words as the codenames for the Normandy landings, leading to an arrest and interrogation. – Source

9. In 1922, people rioted over whether it was okay or not to wear a straw hat past the “socially acceptable” date of September 15, in New York. The riot lasted eight days and led to multiple arrests. – Source

10. When slaves were freed in the USA, some towns in the south would arrest young black men for not having a job and then sell them to corporations like US Steel as slaves for the duration of their sentence. – Source

11-15 Facts About Police and Citizen Arrests 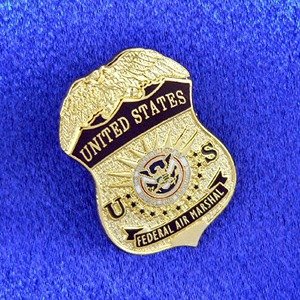 12. In 2008, a Federal Agent started making arrests in a Missouri town with a meth problem. He had some success but after a few months it emerged that he was not a Federal Agent, but was actually an unemployed security guard. – Source

13. A Texas man claiming to be a 500-year-old vampire was arrested in 2011 after attacking a woman. During his arrest, he shouted at the pursuing officers that he “didn’t want to have to feed on humans.” – Source

14. Male victims of domestic violence who called the police for help were more likely to be arrested themselves, than have their female partner arrested – Source

15. A 12-year-old girl in Queens, New York was arrested, handcuffed, and detained at a police precinct for several hours for doodling on her desk in class. – Source

16-20 Facts About Police and Citizen Arrests

16. Bill Murray was arrested at Chicago’s O’Hare Airport in 1970 because he was trying to smuggle 10 pounds of cannabis. – Source

17. In 1993, a Missouri man purposely damaged a levee on the Mississippi river to delay his wife coming home from work so he could party. Instead, the river flooded 14,000 acres. He was later arrested and convicted of causing a catastrophe and sentenced to life in prison. – Source

18. The actor who played Crabbe in the Harry Potter series was arrested for growing cannabis, participation in the 2011 England riots, and possession of Molotov cocktail. – Source

20. Martin Sheen has been arrested 66 times for protesting and acts of civil disobedience. – Source

21-25 Facts About Police and Citizen Arrests 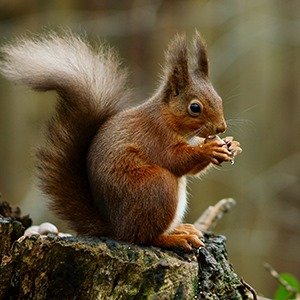 22. In 2010, an unlucky airline passenger was arrested in Ireland after Slovak security officials placed explosives in his luggage for training and then forgot to remove them before the plane took off. – Source

23. In 2010, heavily-armed SWAT teams raided nine barbershops in Orlando, Florida and arrested 34 people for barbering without a license. – Source

24. In 1997, four years before being arrested for spying for the KGB, Robert Hanssen was caught using a password cracker on a federal computer. When asked about this, he said that he was simply trying to install a color printer, and so he needed the administrator password. They believed him. – Source

25. In 2011, Big Boi of Outkast was arrested leaving a cruise ship for possession of ecstasy and Viagra. After his release, he tweeted, “Shiiiiit they said it was the Love Boat.” – Source

26-30 Facts About Police and Citizen Arrests

26. When the Mona Lisa was stolen in 1911, the police arrested and questioned Pablo Picasso – Source

27. In 1998, a woman disappeared while awaiting trial after she had drunkenly killed a woman in a fatal car crash. In 2013, she was arrested in Manitoba, Canada after bragging in a bar about having gotten away with the crime. – Source

28. Claudette Colvin was the first person arrested for resisting bus segregation, 9 months before Rosa Parks, but was not used as a figurehead for the civil rights movement because she was an unmarried, pregnant teenager. – Source

29. On February 15, 1969, a woman named Vickie Jones was arrested for impersonating Aretha Franklin in concert. Jones’ impersonation was so convincing that nobody in the audience asked for a refund. – Source

30. The longest Paul and Linda McCartney spent apart during their entire 29-year marriage was 11 days, when Paul was arrested for marijuana possession in Japan. – Source

September 17, 2014
Latest Posts
Subscribe to Blog via Email
Did you know?
Loading...
Facts of the Day
Registration is disabled.