Here are 30 Interesting Facts About Guns. 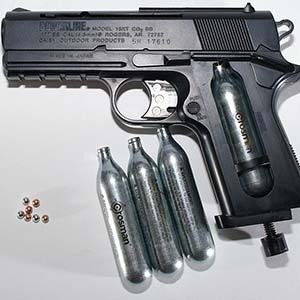 1. The company Daisy Outdoor Products sold windmills and gave a complementary BB guns with every purchase. The BB guns became so popular that they stopped selling windmills and started selling BB guns. – Source

2. Over the past 50 years, gun owners have been responsible for over $2 billion in wildlife conservation in the United States due to 10% tax on guns and ammo. – Source

3. President Garfield’s assassin purchased the gun that he thought would look good in a museum. – Source

4. Russians astronauts take guns into space to protect themselves against bears if they land off-course. – Source

5. The city of Kennesaw, Georgia has a law that every head of household must own a gun. – Source 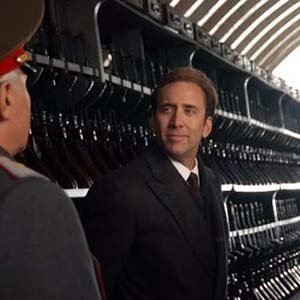 6. The production team of Lord of War bought 3000 real rifles to stand in for AK 47s because they were cheaper than the prop guns. – Source

7. In Arizona, it is legal for any citizen to carry a gun, but it is illegal to carry nun chucks. – Source

8. In 2000, a man from Houston, Texas killed himself whilst playing Russian roulette with a semi-automatic weapon. He did not realize that this type of weapon automatically chambered a round when the gun is cocked. He later won a Darwin Award – Source

9. In the 1920s and 30s a famous Texas Ranger owned a set of pistols with no triggers. The guns are fired by cocking and releasing the hammers. – Source 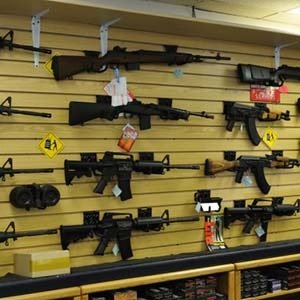 11. There is only one legally operated gun store in all of Mexico – Source

12. Jackie Chan used to carry multiple guns and even a grenade to protect himself and other artists from the Triad in the 80s and 90s – Source

13. The Soviet Union designed a machine gun (GSh-6-30) with such a recoil that it damaged the plane it was mounted on. Fuel tanks ruptured, parts fell off, and electronic circuits took damage. At least three crashes were attributed to just using this gun. – Source

15. The Nazis created a weapon called the Gustav Gun, and it is the largest gun ever built weighing over 1300 tons and capable of accurately hitting a target 23 miles away. – Source 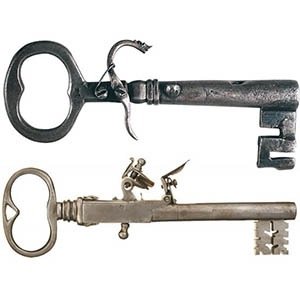 16. Jailers used to have keys that doubled as single-fire guns as a last resort for self-defense. – Source

17. During the filming of “World War Z,” the Hungarian Anti-Terrorism Unit raided a warehouse full of prop guns for the film. The guns were all found to be fully functional and had been flown in under false pretenses for the movie. – Source

18. The revolver was first created by Samuel Colt when he was 16 years old. – Source

19. The original designer of the Glock pistol fired all prototypes in his basement with his left hand so that he could continue drafting new designs with his right in case of a catastrophic failure – Source

20. There is a pistol called the Armatix Smart System iP1. The Pistol won’t fire unless a radio-signal watch is located within 40 cm of the pistol, and the watch won’t activate unless a finger print and a PIN code are entered into it. – Source 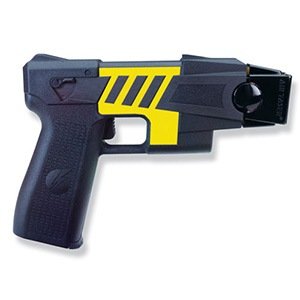 21. TASER is short for ‘Thomas A Swift’s Electric Rifle’ – Source

22. A man once attempted to assassinate President Andrew Jackson with two pistols; however, both pistols misfired and Jackson proceeded to beat the man to near death with his cane. – Source

23. James Bond originally used a Beretta 418 until a fan of the novels (and small arms expert) told Ian Fleming that it was a lady’s gun. Fleming wrote a scene in Dr. No to detail the exchange and give Bond his now famous Walther PPK. – Source

24. In 1938, a revolver-camera was invented to take a picture just as the trigger was pulled. – Source

25. During WWII, Pacific island natives thought the misplaced cargo parachute-drops delivered to them were from their dead ancestors. After the war, they imitated soldiers they had seen, reenacting marches with wooden rifles and built airplanes of straw, in hopes that the airdrops would return. – Source 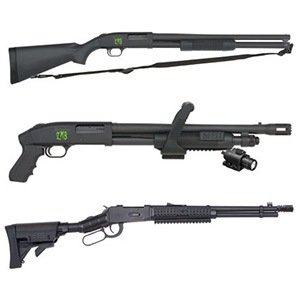 27. A Finnish sniper had over 705 confirmed kills, 505 of which were from his Mosin Nagant rifle, which he used only with his iron sights. The rest of the kills were from his submachine gun. – Source

28. The Remington 870 pump-action shotgun is used by the US Department of Education. – Source

29. Picasso used to carry a revolver loaded with blanks that he used to shoot at people, who struck him as overly dull. – Source

30. In Russian roulette, a properly lubricated and maintained revolver has a higher chance of not firing the bullet, because gravity pulls the loaded chamber down, if it is allowed to stop on its own. – Source