Here are 30 Interesting Facts About Seas and Oceans.

1-5 Interesting Facts About Seas and Oceans 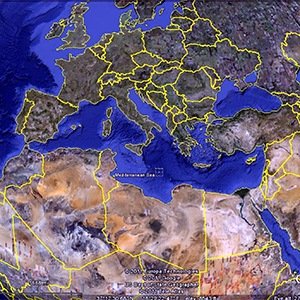 2. Heracleion, an ancient Egyptian city that was swallowed by the Mediterranean Sea about 1,200 years ago, was discovered in 2000 and has been the site of an underwater excavation since then. – Source

3. 10,000 shipping containers are lost at sea each year and 10% of those hold toxic chemicals which may leak into the ocean – Source

6-10 Interesting Facts About Seas and Oceans 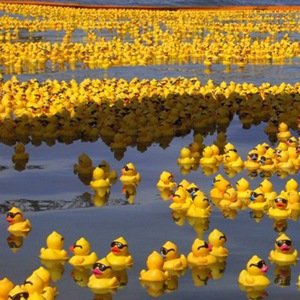 6. 29,000 rubber ducks were lost at sea in 1992, and are still being found, revolutionizing mankind’s knowledge of ocean science – Source

7. In the 16th and 17th centuries, two thirds of Denmark’s income used to come from charging people to enter or leave the Baltic sea, those that refused to pay were sunk – Source

8. There is a massive load of 52 gallon drums containing mustard gas and nerve agents at the bottom of the seas near Ireland and England – Source

9. Every year Finland gets about 7km2 bigger because it is rebounding from the weight of ice age glaciers and rising out of the sea. – Source

10. Sea ice is drinkable because it has a tenth as much salt as sea water does. This is because ice will not incorporate sea salt into its crystal structure. – Source

11-15 Interesting Facts About Seas and Oceans 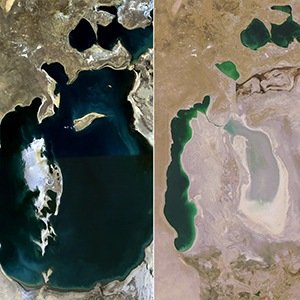 11. Aral Sea, once the fourth largest lake in the world, is now just 10% of its original size after Soviet engineers diverted water from its feeder rivers to cotton crops in the desert and is considered one of the worst environmental disasters in history. – Source

12. Hot hydrothermal vents at the ocean Sea bed heat the water up to 400°C and the pressure of the water above stops it from boiling. – Source

13. 10,000 years ago, every human’s eyes were brown until someone living by the Black Sea developed a genetic mutation turning brown eyes blue – Source

14. Baltic sea doesn’t mix with the North Sea due to the difference of the density – Source

15. In 1966, the US lost a hydrogen bomb in the Mediterranean Sea, and struggled to find it. Finally, a Spanish fisherman helped them find it, and asked for the $20 million finder’s reward that the US owed according to law. Air Force eventually settled out of court for an undisclosed sum. – Source

16-20 Interesting Facts About Seas and Oceans 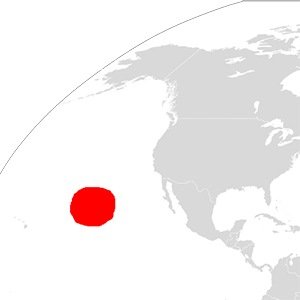 16. Great White Sharks congregate in the middle of the Pacific Ocean in an area known as the White Shark Café. The area has very little food for the animals; researchers describe it as the shark equivalent of a desert. The reasons for this behavior have not yet been identified. – Source

17. If a body of water is labeled a sea, then international traffic must be allowed through it; if it’s a lake, then there is no such requirement. This has caused disputes regarding the Caspian Sea, which is called a sea but is technically a lake – Source

18. If the Earth stopped spinning, the oceans would migrate to the poles, creating one equatorial mega-continent and two polar oceans, submerging nearly all of the northern U.S., Europe, Canada and Russia. – Source

19. If we extract all the gold out of the ocean, there would be enough for everyone to have 9 pounds of gold – Source

20. We have more detailed maps of the surface of Mars than we do of Earth’s oceans – Source

21-25 Interesting Facts About Seas and Oceans 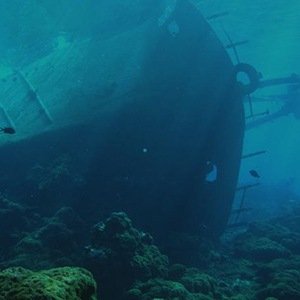 21. The United Nations estimates that there are more than 3 million shipwrecks on the ocean floor – Source

22. The summit of Mt. Everest has marine limestone made up of 400-million-year-old fossilized remains of ocean creatures – Source

23. The cables carrying phone and internet data across oceans are only 2.7 inches in diameter and just lay on the ocean floor. – Source

24. Due to climate change, the island nation of Kiribati is rapidly sinking into the ocean. The Government has already started buying land in other countries for its people, and is urging citizens to evacuate. – Source

25. There is a huge underground ocean underneath the continent of Asia the size of the Arctic Ocean, but is all locked up inside rocks. – Source

26-30 Interesting Facts About Seas and Oceans 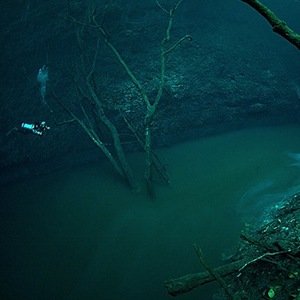 26. There are underwater rivers on the ocean floor of hydrogen sulfide and brine water that flow separately from the ocean around them. – Source

27. One of Dubai’s more famous creations, The World Islands, are sinking back into the ocean. – Source

28. There have been times on Earth when the oceans became completely devoid of oxygen. Understandably, many creatures died. – Source

29. The Pacific Ocean at its widest point is more than five times the diameter of the moon. – Source

30. Indian Ocean is 300 feet below average sea level, whereas the North Atlantic is 200 feet above sea level. Sea levels are not the same throughout the world! – Source