1. When Julius Caesar had Cato the Younger removed from the Senate for going against him, many other senators left as well. When Caesar asked one why he was leaving the Senator said he’d rather be in jail with Cato than in the Senate with Caesar. – Source

2. Julius Caesar was kidnapped by pirates, who demanded 20 talents of silver for his freedom, however, Caesar told them to ask for 50. When the ransom was paid and he was released, Caesar raised a fleet, pursued and eventually captured the pirates and had them crucified. – Source

3. Julius Caesar and Cleopatra had a child together name Caesarion, which translates to “little Caesar”. – Source

4. In Rome, the ancient temple where Julius Caesar was murdered is now a sanctuary for hundreds of cats. – Source

5. Julius Caesar’s body was the subject of the earliest known recorded autopsy. Of the 23 stab wounds recorded, only one was potentially fatal on its own; the physician ruled his death due “mostly to blood loss.” – Source 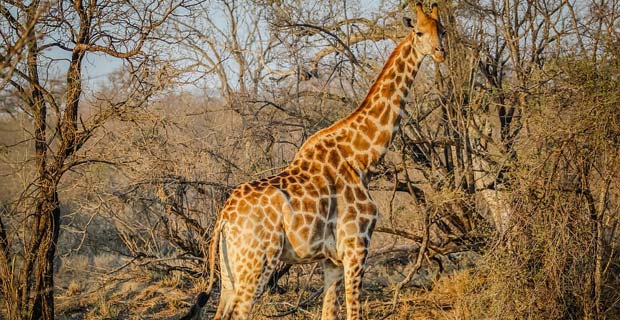 6. When Julius Caesar discovered giraffes, he named them “Camelopards” since they reminded him both of camels and leopards. – Source

7. The Egyptians, not Julius Caesar, were the fathers of the modern calendar. The Roman calendar was lunar and had 355 days. Egyptians knew it was 365 days because the Nile would peak on the same day each year. Caesar learned this from his affair with Cleopatra and created the Julian calendar. – Source

8. The traditional way to pronounce Julius Caesar, is (yewl-yoos kay-i-sarr), showing where the imperial titles of Russian ‘Czar/Tsar’ or ‘Kaiser’, in German, had their origins in Classical Latin and more than 2000 years as a legacy to Caesar’s family name. – Source

9. A tribe once surrendered to Julius Caesar, only to launch an attack later on. As punishment for the deceit, he sold the entire surviving population of about 53,000 people into slavery. – Source

10. In a siege against a Gallic city, Julius Caesar actually built a second wall around the city to keep its occupants from leaving. – Source

11. Julius Caesar built a 400 m long and 9 m wide bridge across the Rhine River in only 10 days using 40,000 soldiers. After pillaging the local villages, he crossed back and destroyed the bridge. – Source

12. According to Julius Caesar’s will, if Octavian had died or refused his inheritance, his second listed heir would be Brutus, the man who murdered him. – Source

13. The word “Emperor” in over 30 different languages all stem from Julius Caeser. – Source

14. Julius Caesar wrote fan fiction of Hercules and Oedipus in his youth. – Source

15. The appearance of the brightest daylight comet in recorded history was interpreted by Romans as a sign of the deification of Julius Caesar, assassinated just 4 months earlier. – Source

16. In addition to the gladiatorial battles on land, massive naval battles were held in giant pits of water. The first known instance of such battles, collectively known as Naumachia, was given by Julius Caesar and consisted of 2000 combatants and 4000 rowers, all prisoners of war. – Source

17. Julius Caesar fed pickles to his troops in the belief that they lent physical and spiritual strength. – Source

18. Julius Caesar was nicknamed the Queen of Bithynia for a rumored homosexual relationship with its king. – Source

19. Some historians are arguing that Julius Caesar wasn’t epileptic, instead, he suffered from a series of mini-strokes. – Source