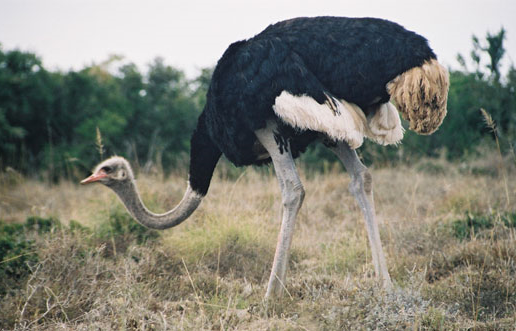 1. Contrary to popular belief, there has never been a single recorded event where an Ostrich has buried his head in the ground when threatened. – Source

2. The Ostrich-Egg Globe may be the oldest globe, dated 1504, to depict the New World, engraved with immaculate detail on two conjoined halves of ostrich eggs. – Source

3. Ostriches are the largest and heaviest birds in the world, they can outrun Leopards, their kick is strong enough to kill a Lion, male Ostriches can roar like a lion and they can see as far as 2.2 miles (3.5 km). – Source

4. North Korea once attempted to solve its food shortage problems with Ostriches. Most of which ended up on the plates of the rich and powerful in Pyongyang. – Source

5. Ostriches are the only living birds that pee and poo separately. – Source 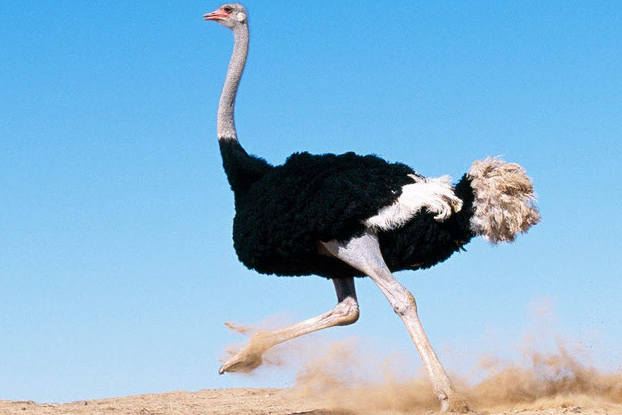 6. Ostriches used to roam Europe, Arabia, and Asia until around 10,000 years ago. The last non-African ostrich subspecies to go extinct was the Arabian ostrich in the mid 20th century. – Source

7. Ostriches can fall in love with humans. – Source

9. Ostrich eggs are incubated by females during daylight and by males at night since the drab females blend in with the sand, and the black males blend into the darkness at night. – Source

10. North Korea bought into the Ostrich Farming craze of the 1990s and still maintains dozens of large Ostrich farms near Pyongyang. – Source 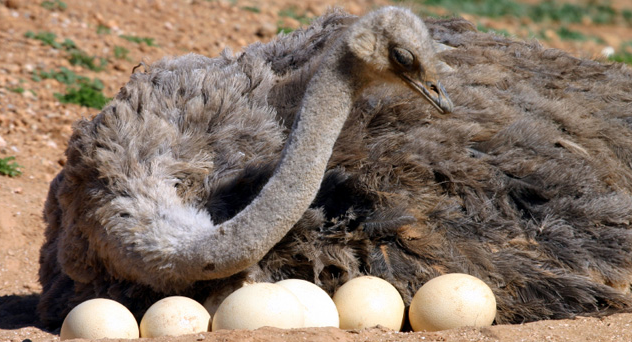 11. Although an Ostrich lays the largest egg, it is the smallest egg in relation to the size of the bird. – Source

12. People racing each other on the backs of Ostriches is common in Africa. – Source

13. Ostrich feathers are so efficient at removing dust that BMW uses a giant wheel containing thousands of feathers to dust-off automobile bodies prior to painting. – Source

14. Ostriches stick their heads in the ground to rotate the eggs in their nests. – Source

15. An ostrich’s eye is bigger than its brain. – Source 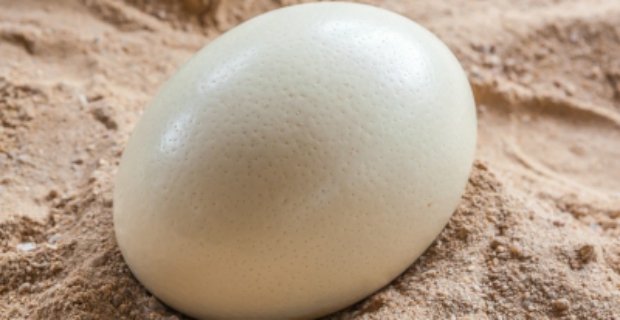 16. It takes 2 hours to hard boil an ostrich egg and is the equivalent of 24 hen eggs in size. – Source

17. In 2008, there was a world record attempt in Iran to make the largest sandwich in the world using over 1,000 kg of ostrich meat. However, the sandwich was devoured by the crowd before judges could verify the record. – Source

18. A Roman historian records Emperor Commodus decapitating an ostrich in the arena with a “specially designed dart”, then carrying the severed ostrich-head to the senators’ booths and gesturing menacingly. Allegedly, the senators struggled to conceal their laughter. – Source

19. Ostrich testicles can be purchased online for human consumption. – Source