Here are 30 Kickass and Interesting Facts About NBA 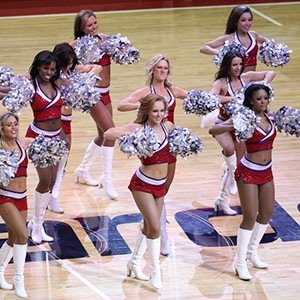 1. The average annual salary of a professional NBA cheerleader is $56,000 – Source

3. Air Jordan’s were banned upon introduction by the NBA. However, Jordan continued to wear them anyways, as Nike was willing to pay the fine each game. – Source

4. NBA’s all-time leading scorer Kareem Abdul-Jabaar (with 38,387 points) has become an author and prominent historian since retiring from NBA. He is also a cultural ambassador for USA. – Source

5. Kareem Abdul-Jabbar only made one 3-point shot in his entire 20 year career – Source 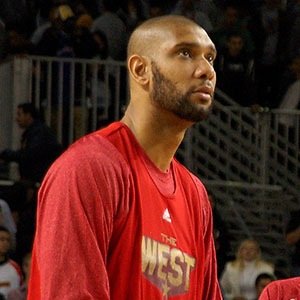 6. Tim Duncan was training to become a member of the 1992 U.S. Men’s Olympic Swim Team until Hurricane Hugo destroyed the only pool he could train in. His mortal fear of sharks kept him from using the ocean temporarily. So to keep in shape, he began playing basketball. – Source

7. Tim Duncan of the San Antonio Spurs sacrificed money and stayed in college for four years instead of going directly to the NBA because in her last days, his dying mother made him promise to graduate college with a degree. – Source

8. Within five years of retirement, an estimated 60% of former NBA players are financially broke. – Source

10. Shaquille O’Neal has made one 3-point shot in his entire NBA career. – Source 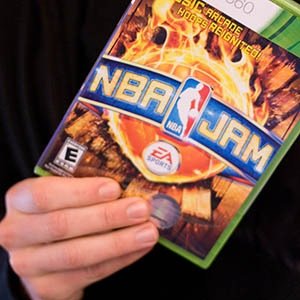 11. The creator of NBA Jam hated the Chicago Bulls so much that he embedded a special code that made them miss last-second shots – Source

12. When Wilt Chamberlain became the first NBA player to earn $100,000 in salary in 1965, his longtime rival Bill Russell demanded that his own salary be raised to $100,001. His salary was immediately raised. – Source

13. It is possible to score a “quintuple-double” in basketball. Though this has never happened in the NBA, it has happened twice in girls high-school play. – Source

14. All NBA, MLB, NHL and NFL teams have contingency plans in place in case numerous players are killed or severely injured in an accident. – Source

15. Kobe Bryant’s parents had to cosign his first NBA contract because he was only 17 when he was drafted. – Source 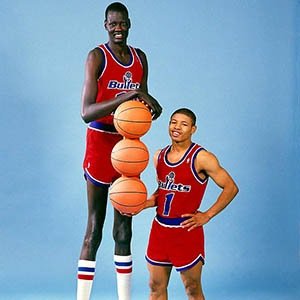 17. Manute Bol, the tallest player in the history of the NBA was also the only player in the NBA to have killed a lion with a spear and to have paid 80 cows for his wife. – Source

18. Muggsy Bogues, the shortest man ever to play in the NBA at 5’3″ had blocked 39 shots throughout his career including one on Patrick Ewing (7’0″).

19. Latrell Sprewell (famous for choking his coach) turned down a $21 million contract offer claiming it wasn’t enough to feed his family. He never played again and went bankrupt. – Source

20. In 1999, Ron Artest applied for a part-time job at Circuit City during his rookie season with the Bulls just to get an employee discount there. – Source 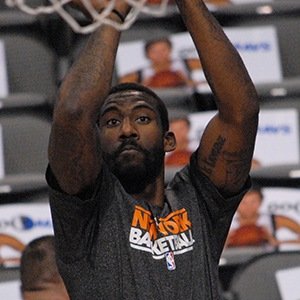 21. Six-time NBA All-Star and 2003 Rookie of the Year Amar’e Stoudemire is Jewish, and speaks Hebrew on the basketball court so that no one can understand him. – Source

22. The NBA will no longer be testing for marijuana use in the off season. – Source

23. Randy Foye has a rare condition called Situs Inversus, where a person’s internal organs are mirror images of a normal body. – Source

25. Shaquille O’Neal challenged Hakeem Olajuwon to one on one after losing the 1995 NBA Finals with a typewritten, signed and hand-delivered note – Source 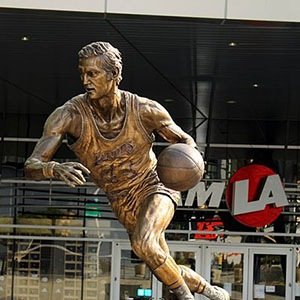 26. The guy featured in the NBA logo is former Laker Jerry West. – Source

27. There is a Chinese company by the name of Qiaodan (pronounced cheow-DAN) that illegally named itself after Jordan and used a modified ‘jumpman’ logo to sell basketball shoes. They have grown so big that they now advertise in actual NBA games. – Source

29. Jeremy Lin’s 89 points in his first three starts is the most by any NBA player since the NBA and ABA merged in 1976. – Source