Here are 30 Kickass and Interesting Facts About Einstein. 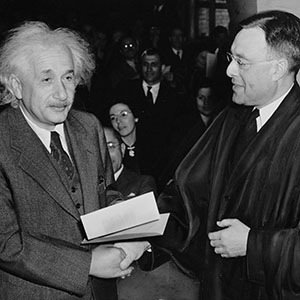 1. Albert Einstein was so often approached by fans seeking explanations of his theories that he would say, “Pardon me, sorry! Always I am mistaken for Professor Einstein.” – Source

2. When asked what was the speed of sound, Albert Einstein said, “I never commit to memory anything that can easily be looked up in a book .” – Source

3. After reading in newspaper that a family died due to toxic fumes that leaked from their household refrigerator, Albert Einstein and his former student invented a refrigeration system with no moving parts. It is now known as the Einstein Refrigerator. Its modern refinements may see it soon hit the market. – Source

4. Einstein was an early proponent of civil rights movement. He drew comparisons between Jewish people in Germany and Black people in America, and stated “in the last analysis, everyone is a human being.” 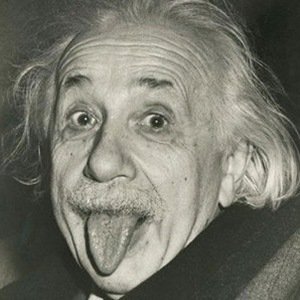 6. The famous photo of Albert Einstein sticking out his tongue was taken at the end of his 72nd birthday celebration. A photographer tried to persuade him to smile for the camera for a last time, but having smiled for photographers many times that day, Einstein stuck out his tongue instead. – Source

7. When Einstein died in 1955, a small notebook comprising of his calculations was found. The notebook has been posted online for everyone to see. You can read it here

8. In 1952, Albert Einstein was offered the Presidency of the State of Israel. He declined this offer saying that as a scientist trained to deal with objective facts, he lacked the aptitude and experience to deal with people. – Source

9. In 1947, German logician/mathematician Kurt Gödel told Albert Einstein that he discovered a loophole in the Constitution allowing the US to become a dictatorship. However, Einstein prevented Gödel from revealing the proof because he knew it would hurt Gödel’s chances of gaining US citizenship. – Source

10. A day prior to his death, Einstein refused surgery, saying “I want to go when I want. It is tasteless to prolong life artificially. I have done my share, it is time to go. I will do it elegantly.” – Source 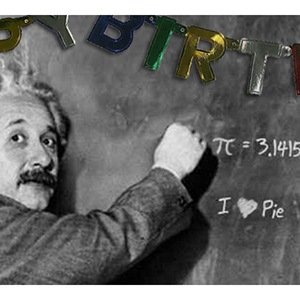 12. When Einstein met Charlie Chaplin, Chaplin remarked, “People applaud me because everybody understands me, and they applaud you because no one understands you.” – Source

13. Einstein was agnostic and disliked fanatical atheists and described them as slaves, who are still feeling the weight of the chains they have thrown off. – Source

14. Albert Einstein worked as an electrician on the Oktoberfest 1896. – Source

15. The last words of Albert Einstein were forever lost because he spoke them in German, a language that the nurse attending him did not speak. – Source 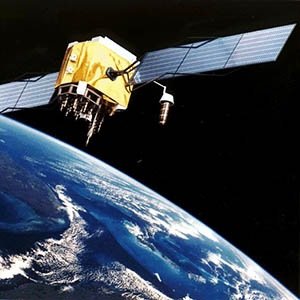 16. According to Einstein’s Special Theory of Relativity, a “second” is 8 microseconds longer for a GPS satellite traveling 9000 mph than it is for the GPS receiver on the ground. Your GPS unit is programmed to adjust for the difference. – Source

17. Albert Einstein would charge people $1 for an autograph. He would then donate this money to a charity. – Source

18. Einstein once family remarked “God does not play dice” when he was disenchanted by Heisenberg’s Uncertainty Principle, to which Niels Bohr replied, “Stop Telling God what to do.” – Source

19. Albert Einstein once used a $1,500 check from Rockefeller Foundation as a bookmark and later lost that book.

20. Because Einstein couldn’t afford the alimony as part of his divorce, he offered his wife all the money if we were to win the Nobel Prize. She accepted and years later he delivered on his promise. – Source 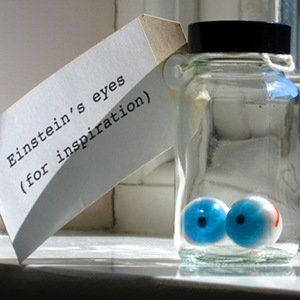 21. Albert Einstein’s eyes are kept in a safe locked away in New York City – Source

22. Scientists have used Atomic clocks to show that Einstein’s Theory of Relativity is correct. The higher you live above sea level the faster you age. – Source

24. The face of Yoda in The Empire Strikes Back was based on the face of Albert Einstein and so was the face of E.T., but to a lesser extent. – Source

25. Even though Albert Einstein died in 1955, he is in 7th place on the list of Top Earning Dead Celebrities making $10 Million a year from Baby Einstein products, a Disney-owned initative. – Source 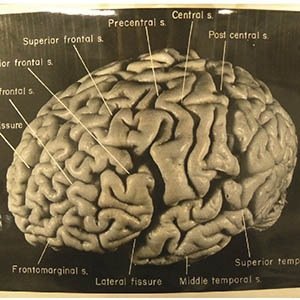 26. When Einstein died, his brain was taken out of him by a doctor who performed his autopsy, who later disappeared with it. About 23 years later, a reporter tracked his brain down to find it was in hundreds of pieces. – Source

27. Mutter Museum in Philadelphia has 46 microscope slides that contain pieces of Einstein’s brain on display. – Source

28. Because of his left-wing political beliefs, U.S. Army denied Einstein security clearances necessary to be a part of the Manhattan Project. – Source

29. When Einstein wanted a divorce from his first wife, he gave her the ultimatum that, if she wanted to remain with him and not grant him a divorce, then he expected her to serve him three meals a day in his room, but not expect any intimacy in return. – Source

30. On the lighter note, in 1988 there was an Australian comedy film, Young Einstein that portrayed Albert Einstein as the inventor of rock ‘n’ roll, who used it to save the world. – Source

Longest straight line in the ocean without touching land (22,229 miles)