Here are 30 Kickass and Interesting Facts About Earth. 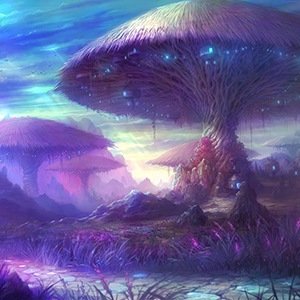 1. Long before trees overtook, the earth was covered in giant mushrooms – Source

2. When oxygen first developed on Earth around 2.5 billion years ago, it wiped out nearly ~99% of all life on the planet. – Source

3. Russia’s Tsar Bomba, the most powerful nuclear weapon ever detonated, was so powerful that it created seismic shocks that were measurable even on their third passage around the Earth. – Source

4. Earth’s rotation is slowing at a rate of approximately 17 milliseconds a century, and the length of a day for the dinosaurs was closer to 22 hours. – Source

5. Scientists believe that multicellular life only has 800 million years left on Earth, at which point, there won’t be enough CO2 in the atmosphere for photosynthesis to occur. – Source 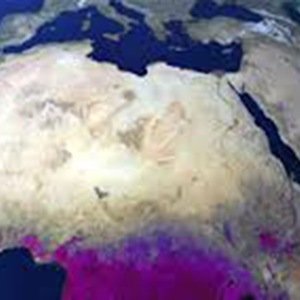 6. Most life on Earth used to be purple instead of green. Ancient microbes might have used a molecule other than chlorophyll to harness the Sun’s rays, one that gave the organisms a violet hue. – Source

8. There is a large area over central South America where the Earth’s magnetic field has weakened. This is known as South Atlantic Anomaly. It is so large that NASA powers down it’s satellites when passing over it. – Source

9. Mount Everest may be the tallest mountain in the world, but Mount Chimborazo in Ecuador is the furthest away from the center of the earth due to the fact that the earth bulges at the equator. – Source

10. There were still Mammoths alive on Earth as late as 2000 BC on Wrangel Island, an Arctic Ocean. It was around the same time that the Pyramids were being built in Egypt. – Source 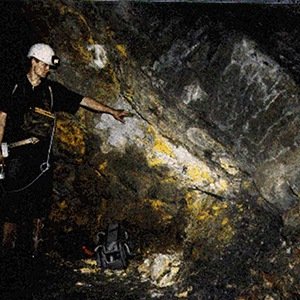 11. There is a site on in Gabon, Africa in a town called Oklo where self-sustaining natural nuclear fission reactions took place 1.7 billion years ago. – Source

12. Gravity Probe B (a satellite-based scientific mission) has the most perfect spheres ever created by man. “If GP-B Gyroscope’s were enlarged to the size of the Earth, the tallest mountain would be just eight feet tall.” – Source

13. The Earth gets a 100 tons heavier every day due to falling space dust and meteorites. – Source

14. The weight of the ants on earth totals up to 9 Trillion Kgs, more nearly thrice as much as total weights of humans. – Source

15. There is a satellite called LAGEOS-1 (launched in 1976) that will return to earth in 8.4 million years. Inscribed on it is a picture of what scientists think the continents will look like at that time. – Source 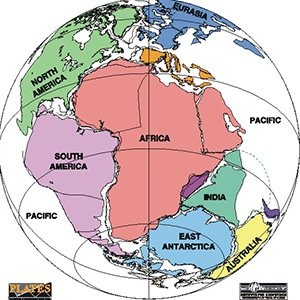 17. Without the Moon, the Earth’s axis would shift unpredictably and seasons would not be constant – Source

18. There is an un-contacted tribe in Brazil with only one surviving member. He is probably the most isolated person on Earth, and maintains this status by shooting anyone, who tries to bother him. – Source

19. Humans have vestigial deposits of magnetite in our sinuses, which were used by an evolutionary ancestor to sense the earth’s magnetic field for direction. – Source

20. Next to humans, leafcutter ants form the largest and most complex animal society on earth. They are also agriculture experts, harvesting and feeding grass to a fungus in an amazing symbiotic relationship. – Source 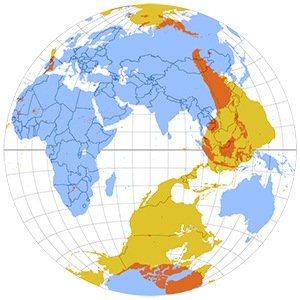 21. Only less than 4% of land has other land on the exact opposite side of the earth from it, which is called its “antipode.” There are very few spots where you could talk about digging straight through the earth. – Source

23. In September of 2010, the United Nations appointed official ambassador to extraterrestrials in case they would ever make contact with Earth – Source

24. There is an inflatable space habitat in earth orbit since 2006 that was launched just to prove that such habitats are possible. – Source

25. If you take the entire history of Earth, and call that an hour, the first 50 minutes are nothing, but microbes and single cell organisms, in the last 10 minutes animal life appeared, and all of human history happened in the last hundredth of a second. – Source 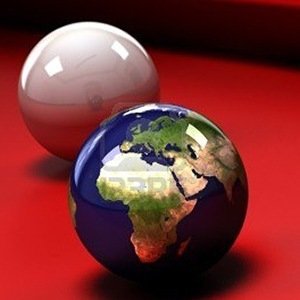 26. The Earth is relatively smoother than a billiard ball – Source

27. About 50% of Earth’s internal heat is from radioactive decay. Earth used to be hotter, before elements with shorter half-lives were depleted. – Source

28. The vast majority of the earth’s gold and platinum is found in its core. The reason these elements are so rare on the surface is because they mostly sunk to the core when the planet was molten. – Source

29. Eighty percent of all animal species on earth have six or more legs. – Source

30. Finland’s nuclear waste bunker Onkalo is built to last intact till the year 102,120. Work began in the year 2004 and it will be closed in 2120s. This bunker will probably be one of the last remains of humankind on Earth. – Source