After amazing response to 25 Kickass and Scariest Places on Earth, we decided to write another such article. Here are 30 Kickass and Surreal Places on Earth. We don’t own any copyrights to these photographs. Click on the picture to see them in full resolution. 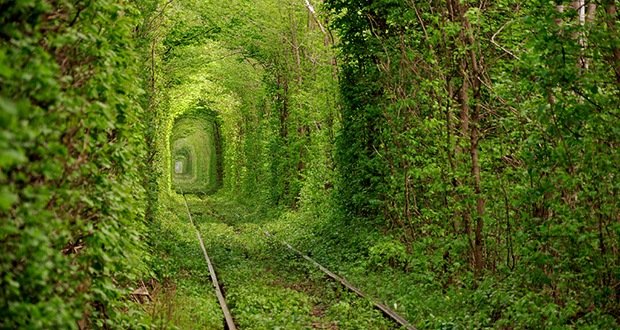 The Tunnel of Love, located in Ukraine, used to be just another train rail section , but eventually abandoned. As trees were left to grow freely around the rails, the passing train was the only thing shaping its way through. Eventually, by crossing the Kleven village forest back and forth three times a day, the train shaped a closed tunnel according to its size. Today the Tunnel of Love is highly popular among lovers. 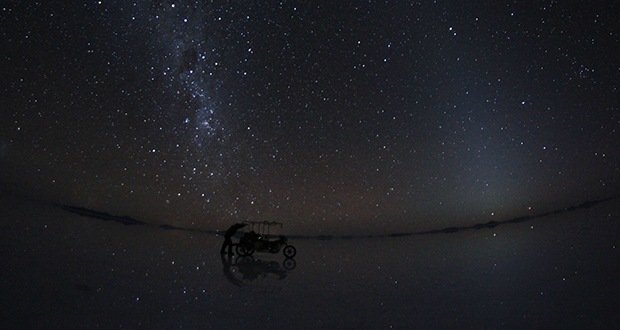 Salar de Uyuni is one of the world’s largest salt flats. What you are seeing below is not a layer of water, but it is actually a layer of salt that is highly reflective. The areas they occur in are former bodies of water. 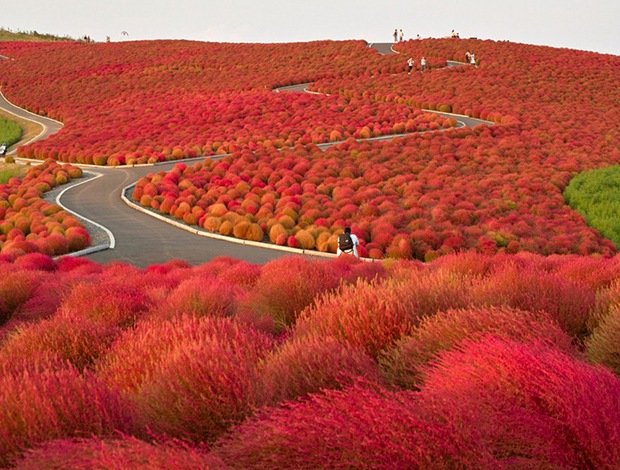 This place does look like a scene straight out of Dr. Suess’ books. This is one of the gardens of Hitachi Seaside Park, a public park in Japan. This park covers an area of 190 hectares and the park features blooming flowers of different colors in the different parts of the park around the year. 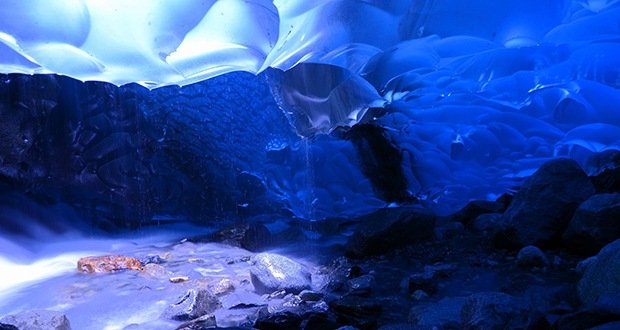 These Ice Caves are located inside the Mendenhall Glacier of Juneau, Alaska. Its entrance is just right up on the side of the glacier near where it meets the water. The access is pretty dependent on things like time of year, movement of the glacier, etc. 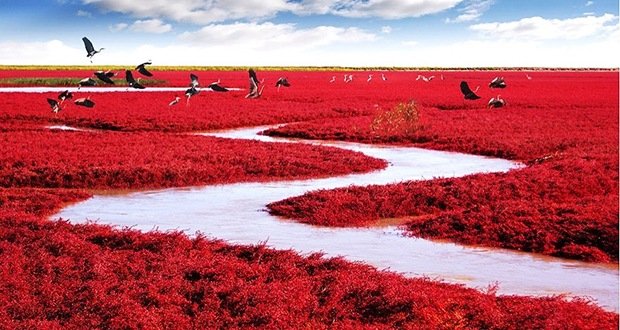 The Red Beach is located in the Liaohe River Delta of Panjin City in China. Its flaming red appearance is caused by a type of sea weed that flourishes in the saline-alkali soil. The weed starts growing during April or May and remains green during the summer. In autumn, this weed turns flaming red, and the beach looks as if it was covered by an infinite red carpet that creates a rare red sea landscape. 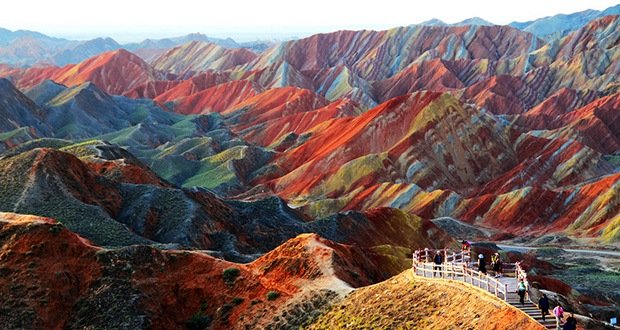 The incredibly colorful “rainbow mountains” are part of the Zhangye Danxia Landform Geological Park in Gansu, China. The rainbow mountains became a UNESCO World Heritage Site in 2010. The vivid mountains are the result of mineral deposits and red sandstone from over 24 million years ago. Layers formed on top of one another, creating the colorful patterns of rock strata. 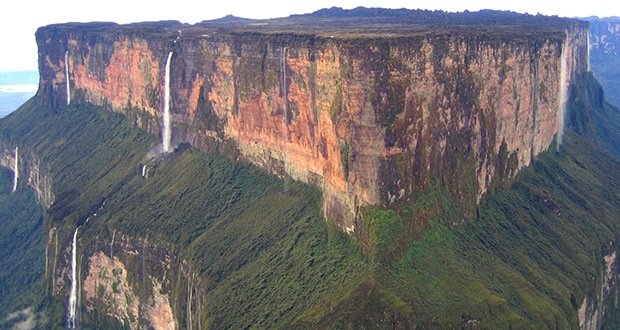 Mount Roraima, one of the oldest formations on Earth, is a natural border between Venezuela, Brazil and Guyana in South America. It is also called Roraima Tepui or Cerro Roraima. Mount Roraima was the inspiration for the setting of the Pixar film “Up.” The plateau is so large that it can hold enough water to keep the waterfalls running uninterrupted. 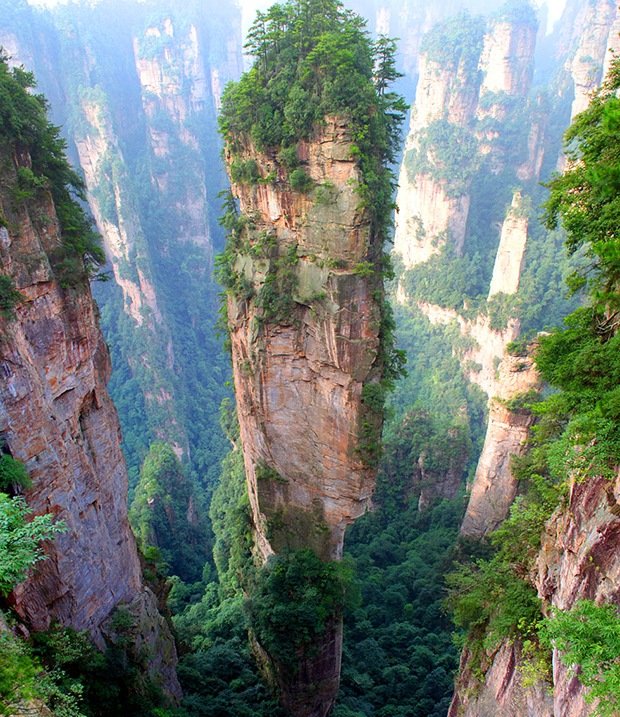 Found in the Hunan province of China, the unique views from atop the Tianzi Mountains can only be accessed by cable car. These mountains were the inspiration for the Avatar’s floating mountains. 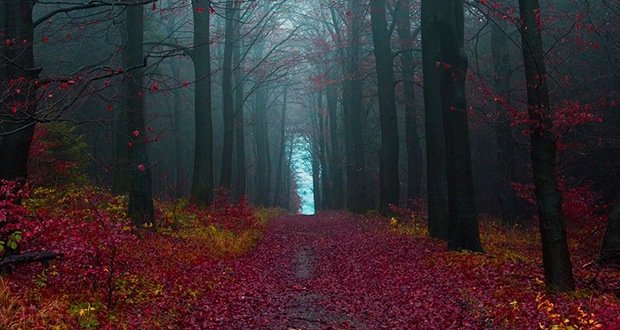 Black Forest gets its name from its dark, slightly sinister canopy of evergreens. The vast expanse of hills, valleys, rivers and forests stretch from the swish spa town of Baden-Baden to the Swiss border, and from the Rhine almost to Lake Constance. 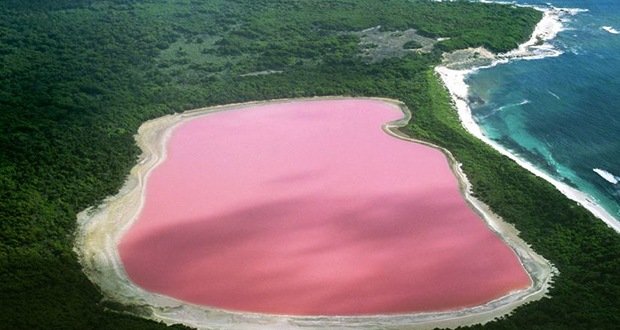 The vibrant Lake Hillier is located in the Middle Island in the Recherche Archipelago, in Western Australia. The lake spans only about 600 meters wide but its rose pink colour is unmistakable. Pink lakes tend to have a striking colour due to the presence of algae that produces carotenoids, such as Dunaliella Salina, a type of halophile green micro-algae especially found in sea salt fields. Once the lake water reaches a salinity level greater than that of sea water, the temperature is high enough and adequate light conditions are provided, the alga begins to accumulate the red pigment beta carotene.