Here are 30 Kickass and Unbelievable Facts About Birds – Part 3.  Click here for Part 1 and Part 2 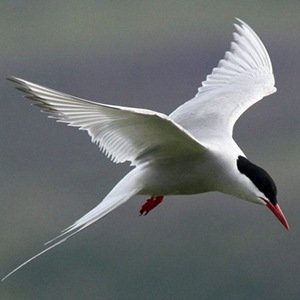 1. Arctic Terns, birds that migrate from the Arctic to the Antarctic, can travel 2.4 million kilometers in a lifetime – Source

3. A roadrunner’s top speed is 20 mph while coyotes can reach speeds of up to 43 mph – Source

4. The Superb Lyrebird can mimic nearly any sound it hears, including car alarms, chainsaws, and cameras. – Source

5. There’s a group of birds that makes a meowing sound called ‘catbirds’ – Source 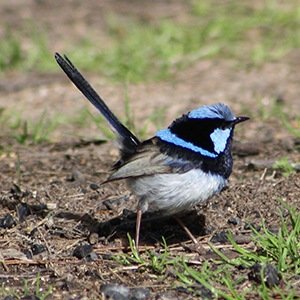 6. Superb fairy-wrens have a password system to stop cuckoos from invading their nests. – Source

7. In Australia, someone loses an eye every year from a magpie attack. It also managed to indirectly kill a 12 year old boy by chasing him to a road where he was promptly hit by a car. – Source

8. A species of bird, the European Magpie, is the only non-mammal to have ever passed a self-recognition test, and has a level of intelligence comparable to that of a chimpanzee. – Source

9. Loggerhead shrike is a small bird that impales its prey (often larger than it) on branches and barbed wire, then decorates it to attract a mate – Source

10. Starlings were deliberately introduced to America in 1890 so that every bird mentioned in Shakespeare could be found in the USA – Source 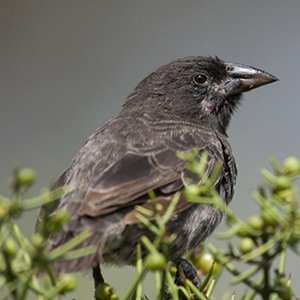 11. There is a “vampire finch” native to the Galapagos Islands, that pecks at and drinks the blood of Blue-Footed Boobies – Source

12. The Big Ben in London once lost about 5 minutes when a flock of starlings landed on its minute hand – Source

13. The female Bicknell’s Thrush will mate with as many as four or more males at once. It’s essentially a bird gang bang. They’re also one of the rarest birds in North America. – Source

14. In most birds, bones are so hollow that the entire skeleton weighs less than its feathers – Source

15. A guy developed the sport of Parahawking, combining paragliding with falconry so that a trained bird of prey can guide you towards thermals and other air currents. – Source 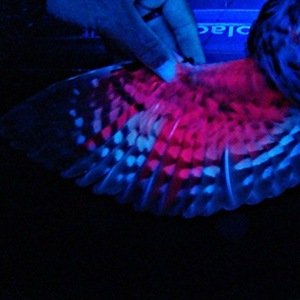 16. Some birds display ultraviolet feather patterns that are invisible to the naked human eye. – Source

17. Taxonomically, modern-day birds aren’t just descended from dinosaurs, but are considered to be dinosaurs. – Source

18. Ravens are the only birds to reconcile with members of their own species after fights to avoid future conflict – Source

19. Cats kill between 8.3 billion and 24.4 billion birds and mammals each year and have been blamed for the global extinction of 33 species. – Source

20. In the 19th century naturalist John James Audubon observed a flock of passenger pigeons over Minnesota that took three days to pass his observation point and, in doing so it totally blocked out the sun so that the entire area lived in a bird-created total eclipse. – Source 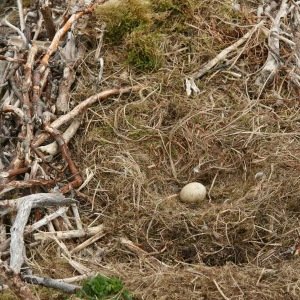 21. The largest bird nest belonged to a pair of bald eagles, it measured in at 9 feet wide and 20 feet deep. It was estimated to weigh 4400 lbs. – Source

22. During the scene in Shawshank Redemption in which a bird was fed a maggot, the ASPCA (American Society for the Prevention of Cruelty to Animals) objected and required that they use a maggot that had died from natural causes to film the scene. – Source

23. In 1951 the managing director of Guinness Breweries became involved in an argument over which was the fastest game bird in Europe (the golden plover or the grouse). He was unable to confirm the answer using reference books of the time. Shortly after, the Guinness World Records were born. – Source

24. There’s a French delicacy that involves blinding Ortolan Bunting (a small bird) and force feeding it before you drown in Cognac. It is then eaten in one bite with a napkin over the face to preserve the aroma. – Source

25. Birds are capable of seeing a 4th primary color (in the ultraviolet spectrum) totally invisible to humans. It allows them to see a both a totally different fundamental color, and all derivatives obtained by mixing it with the other three primary colors. – Source 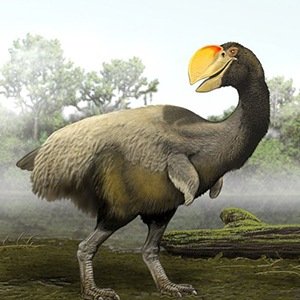 26. There was once a 2.5 m (8 feet) tall, flightless, carnivorous bird in Australia that has been given the nickname “the demon duck of doom”. – Source

27. Very few birds are born and exist as gynandromorphs, meaning that they have both genders as well as male and female appearances, divided laterally – Source

28. In 1983, in Redondo Beach, California passed a resolution to adopt a new Official Bird. They chose the Goodyear Blimp. – Source

29. Some birds can actually see the earth’s magnetic field and use it like the head’s-up display in airplanes – Source

30. Brown-headed cowbirds are “brood parasites,” meaning they surreptitiously lay eggs in other birds’ nests. If the other birds dispose of the foreign egg, the cowbird will retaliate with “mafia behavior” and ransack the whole nest. – Source