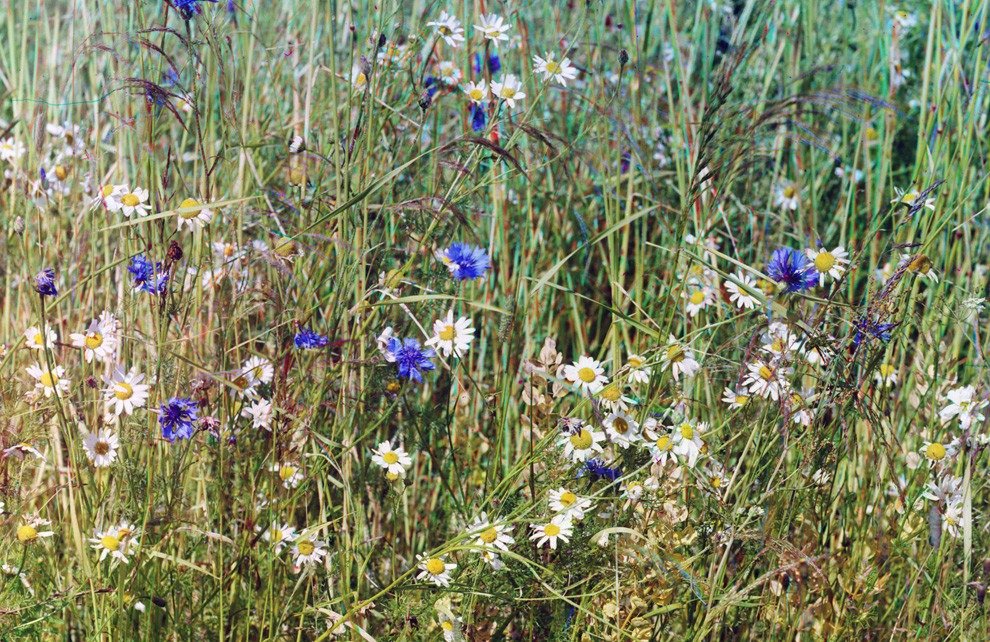 Cornflowers in a field of rye, 1909. From the album “Views along the Mariinskii Canal and river system, Russian Empire”. 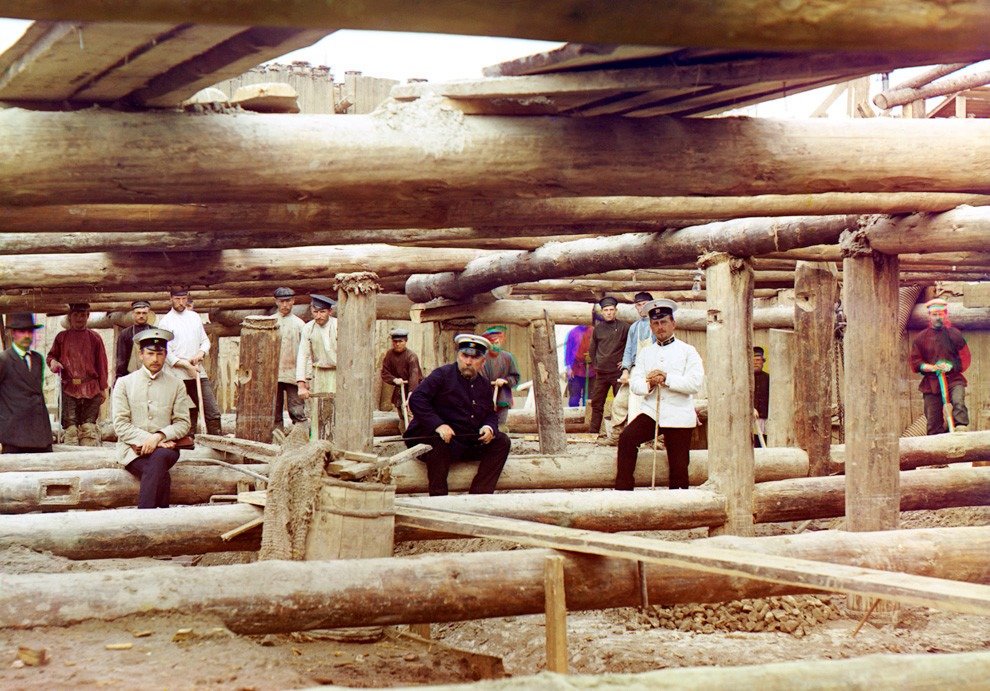 Laying concrete for the dam’s sluice, 1912. Workers and supervisors pose for a photograph amid preparations for pouring cement for sluice dam foundation across the Oka River near Beloomut. 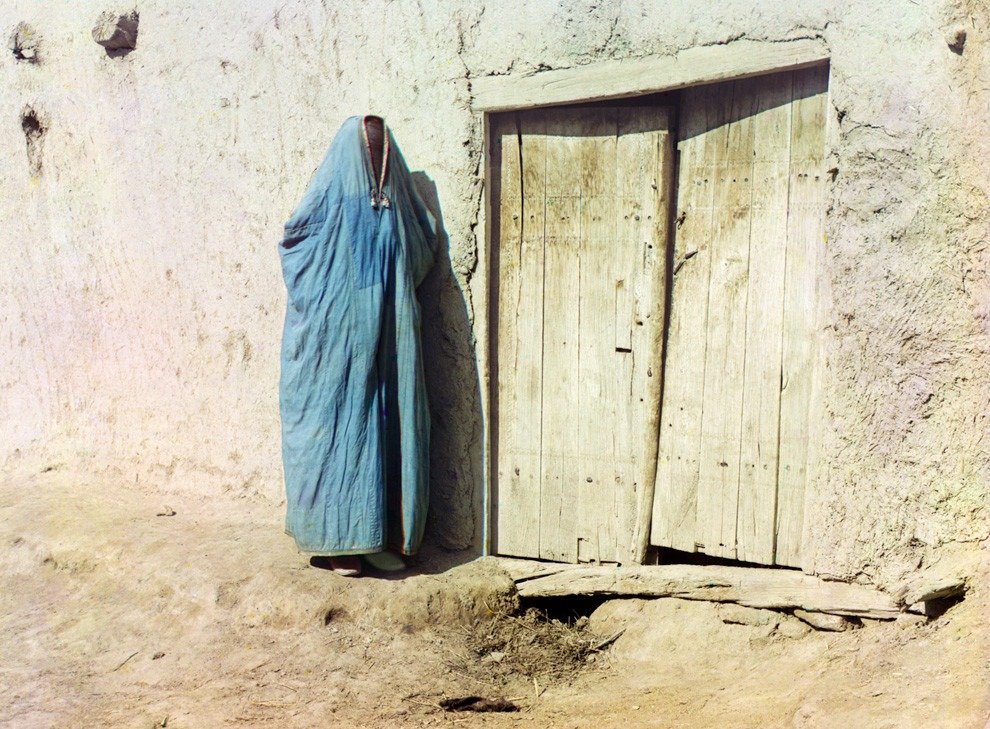 Sart woman in purdah in Samarkand, Uzbekistan, ca. 1910. Until the Russian revolution of 1917, “Sart” was the name for Uzbeks living in Kazakhstan. 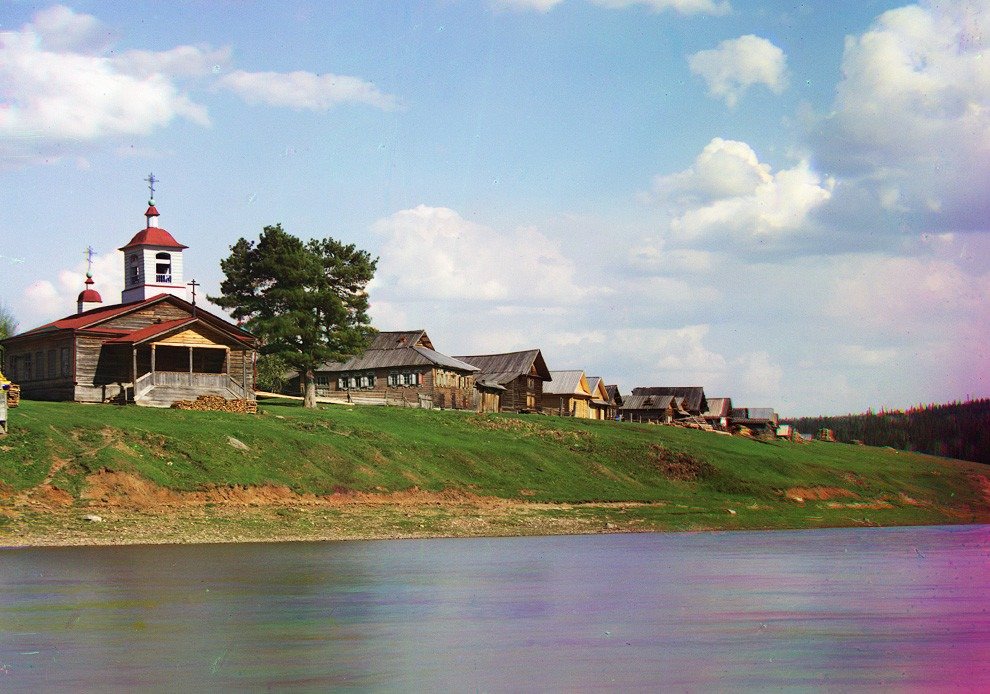 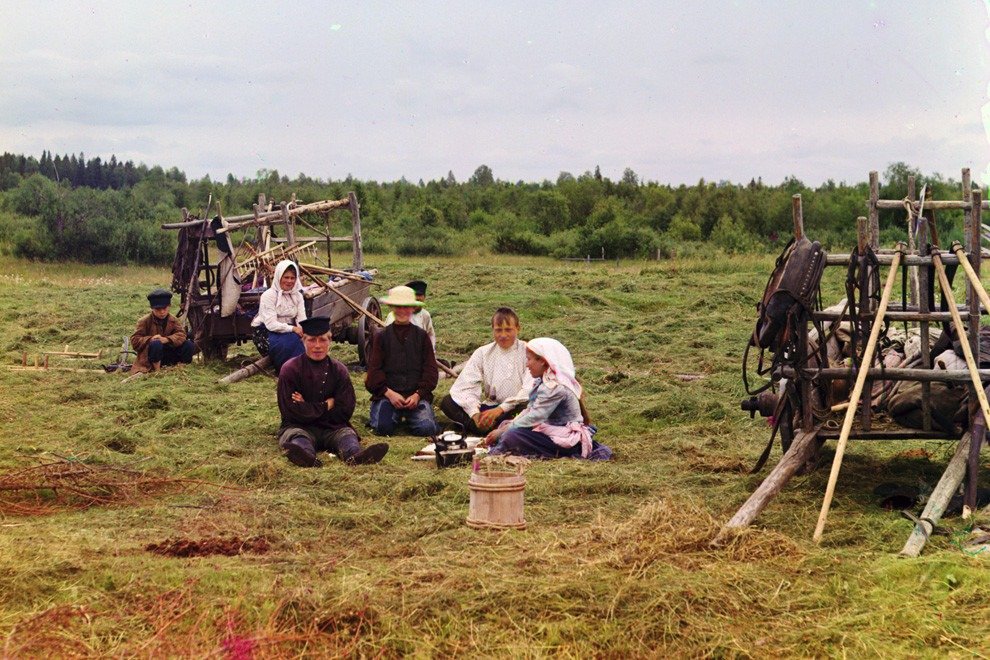 Peasants harvesting hay in 1909. From the album “Views along the Mariinskii Canal and river system, Russian Empire”. 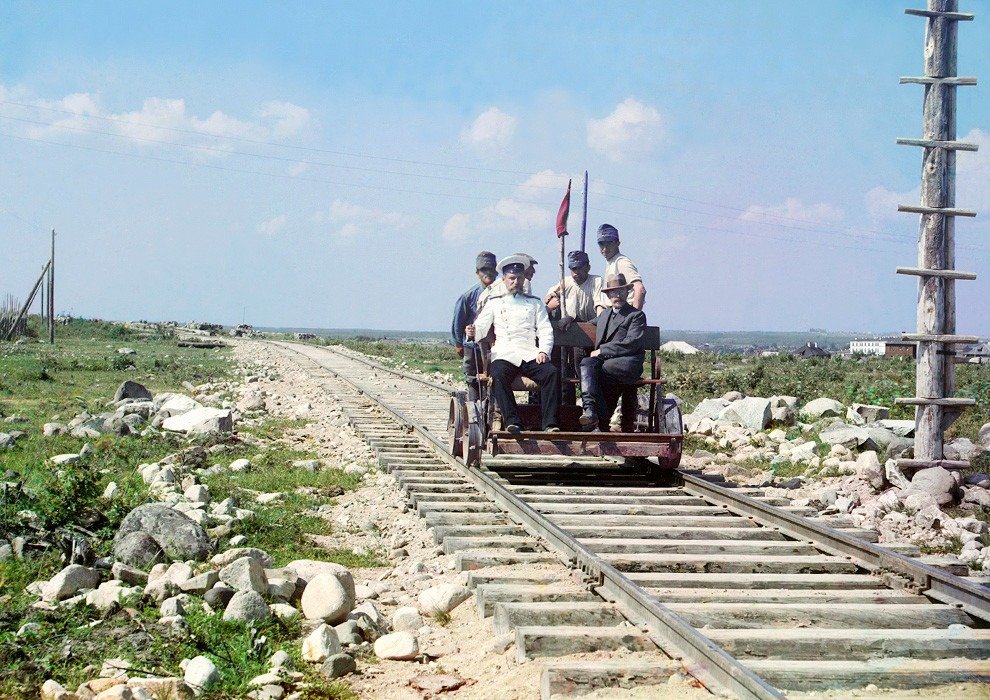 Prokudin-Gorskii rides along on a handcar outside Petrozavodsk on the Murmansk railway along Lake Onega near Petrozavodsk in 1910. 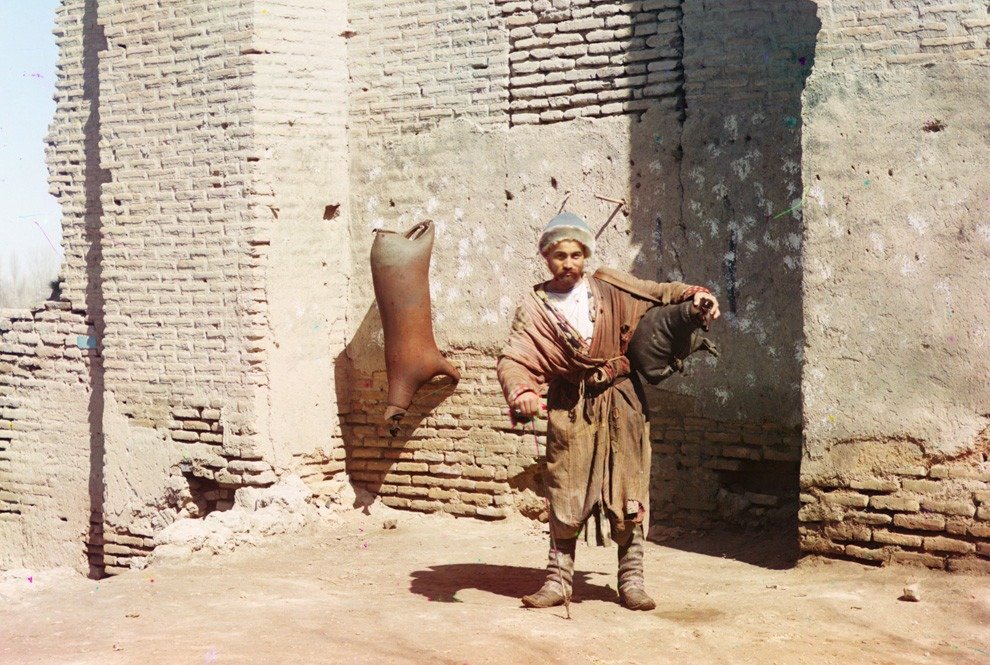 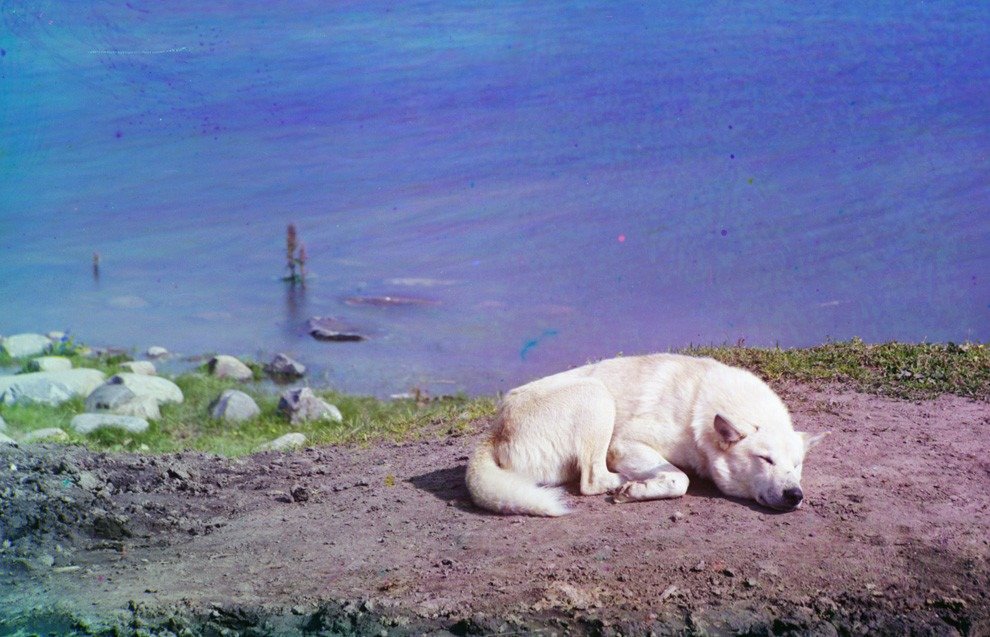 A dog rests on the shore of Lake Lindozero in 1910. From the album “Views along the Murmansk Railway, Russian Empire”. 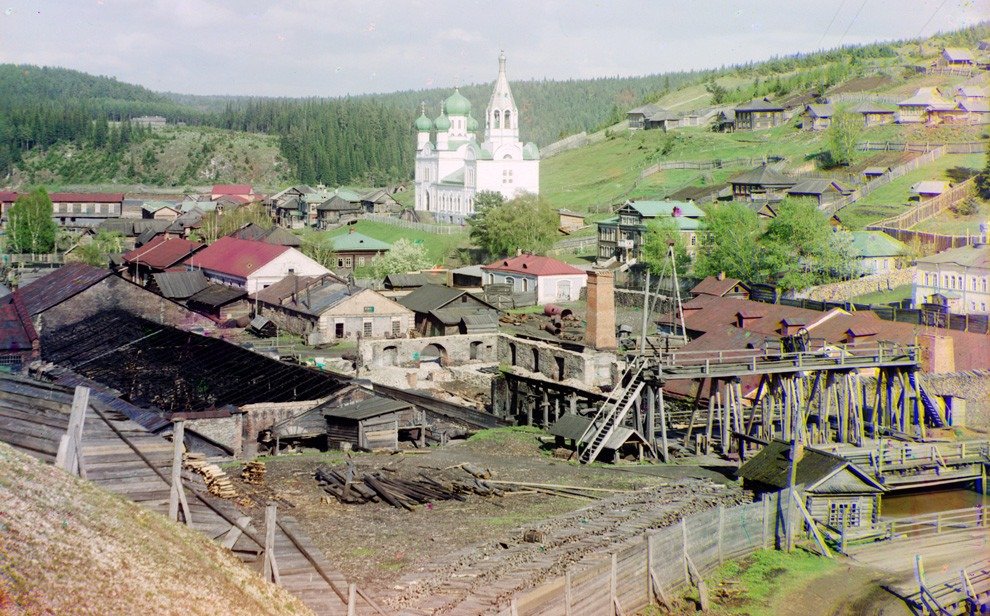 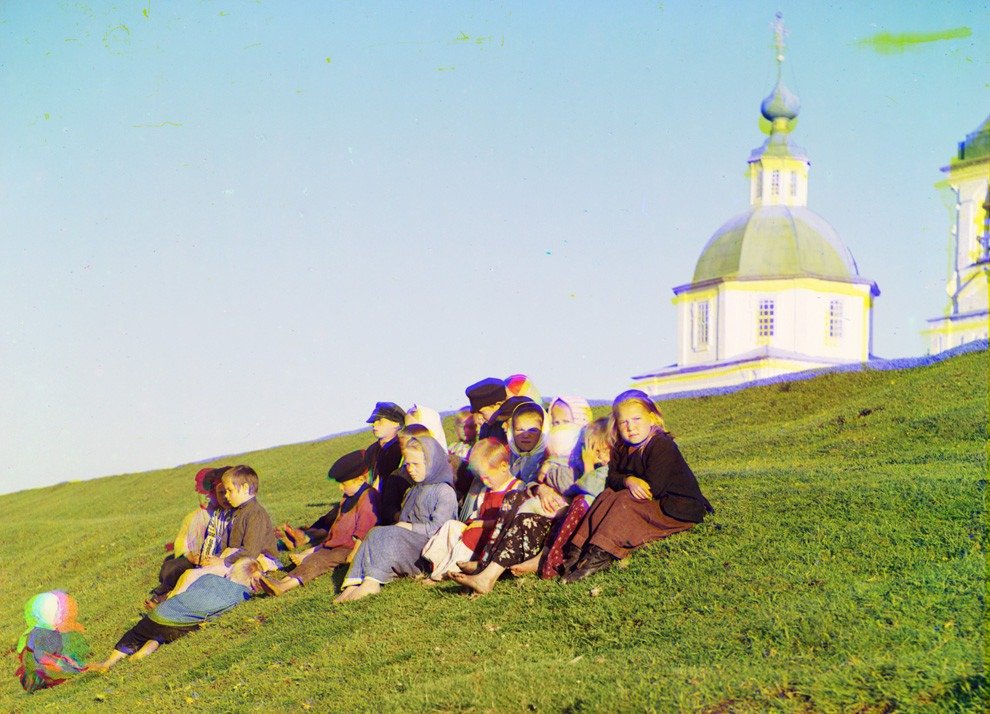 Russian children sit on the side of a hill near a church and bell tower near White Lake, in Russia, 1909. 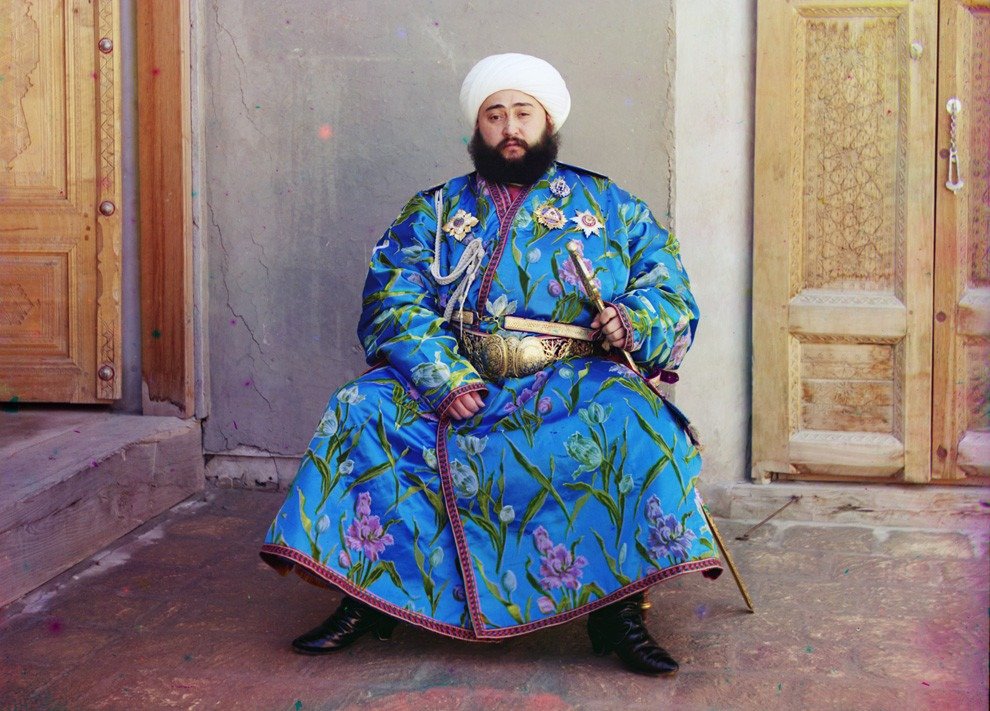 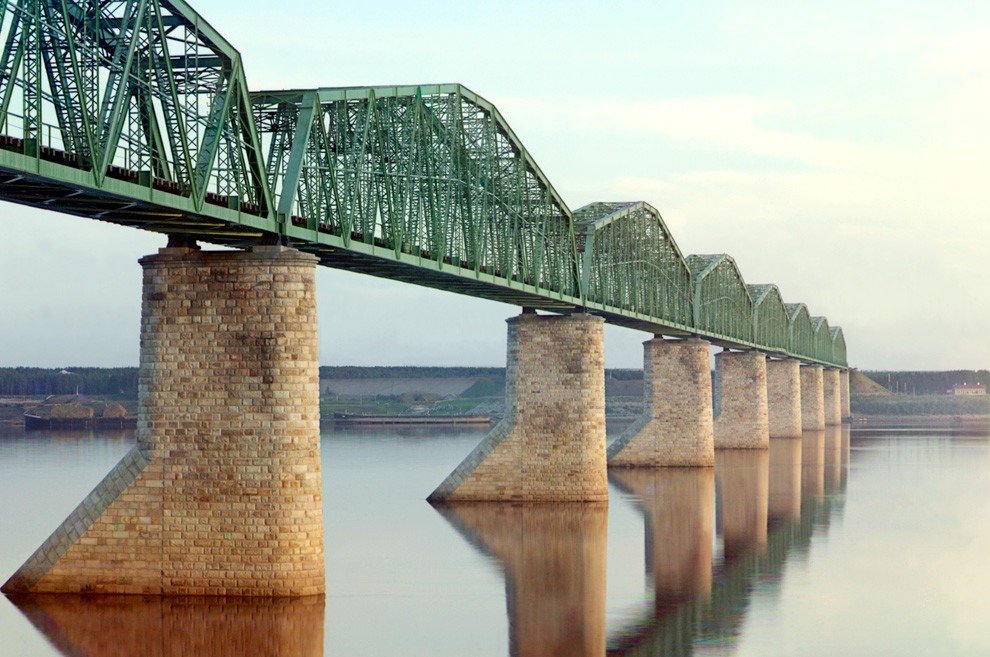 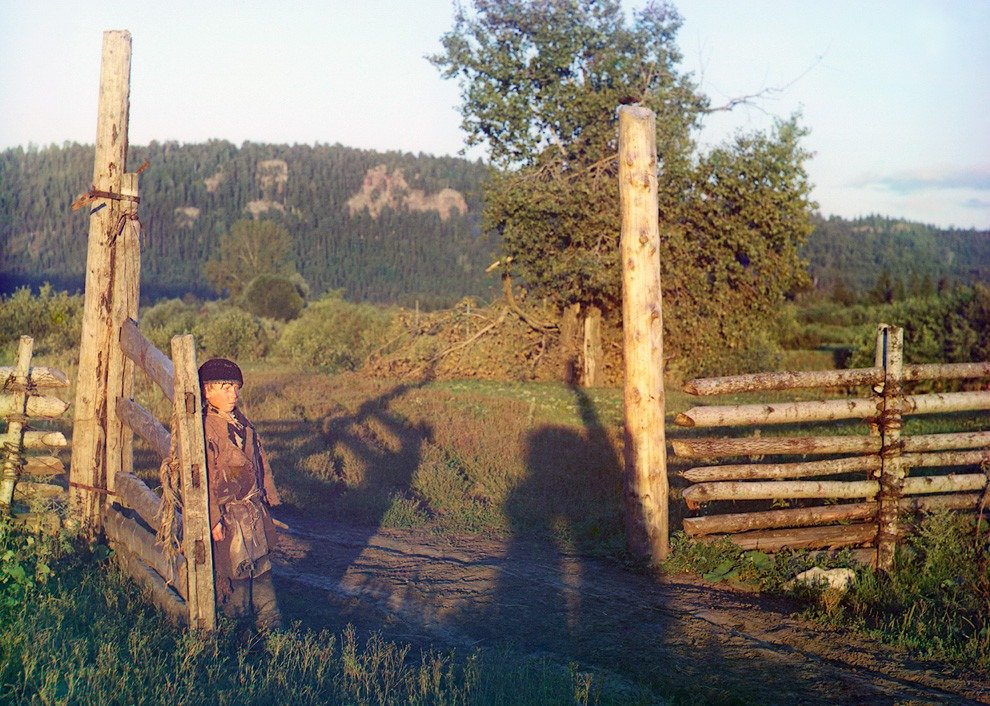 A boy leans on a wooden gatepost in 1910. From the album “Views in the Ural Mountains, survey of industrial area, Russian Empire”. 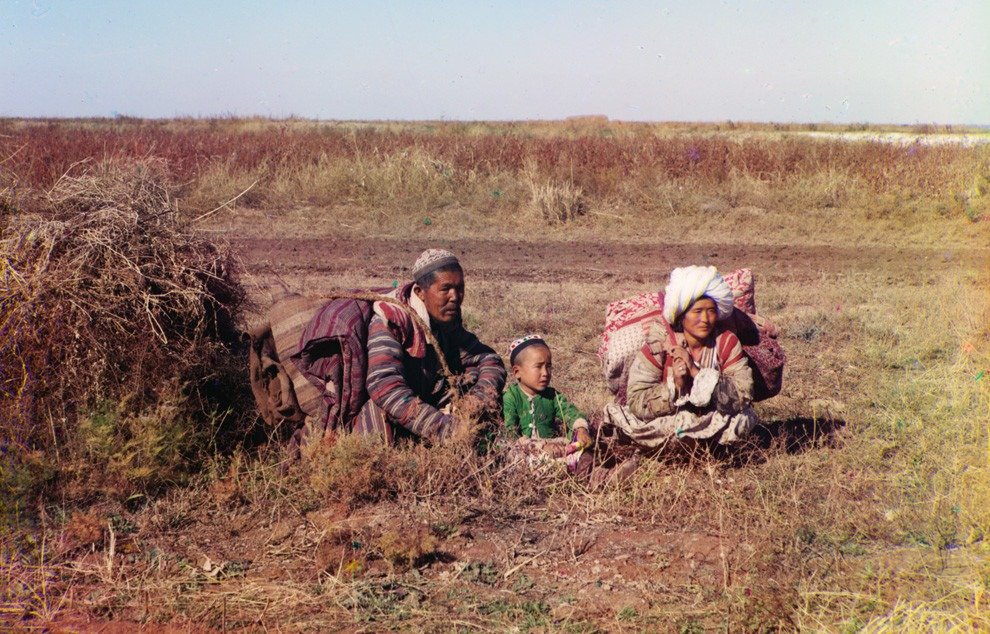 Nomadic Kirghiz on the Golodnaia Steppe in present-day Uzbekistan and Kazakhstan, ca. 1910. 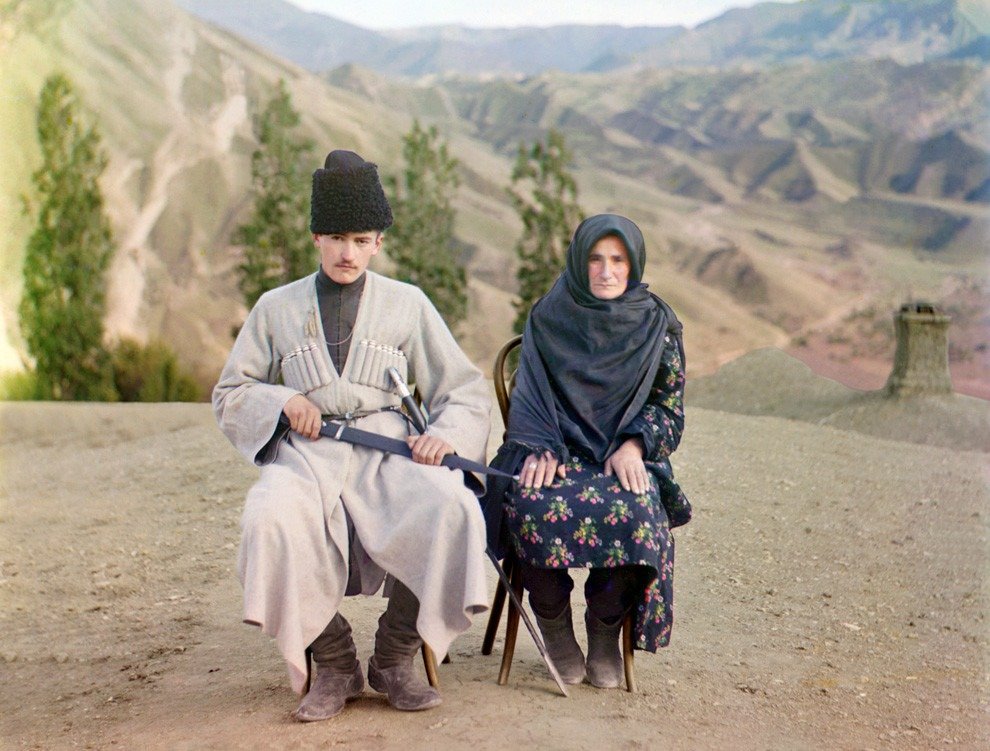 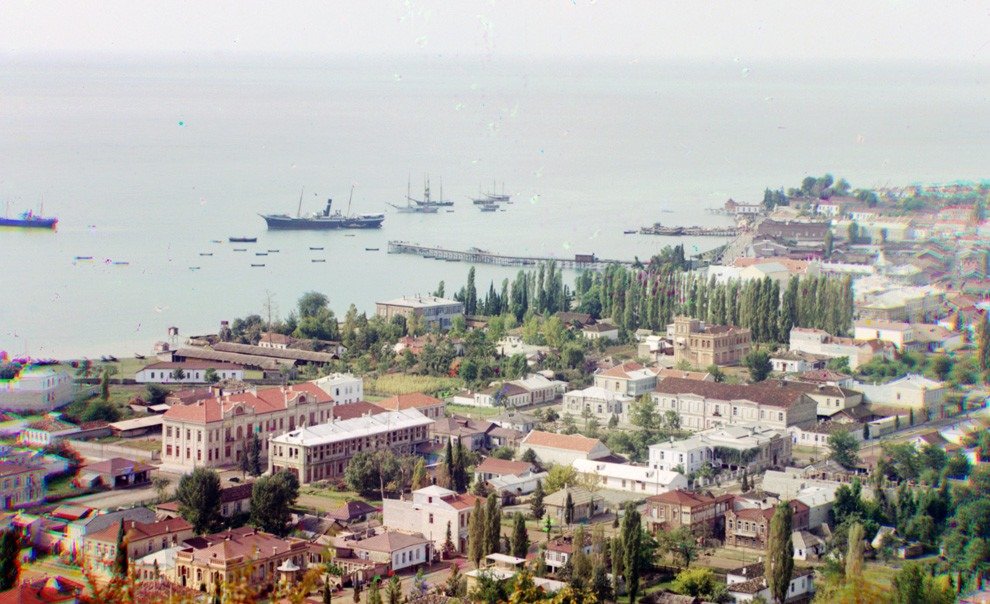 A general view of Sukhumi, Abkhazia and its bay, seen sometime around 1910 from Cherniavskii Mountain. 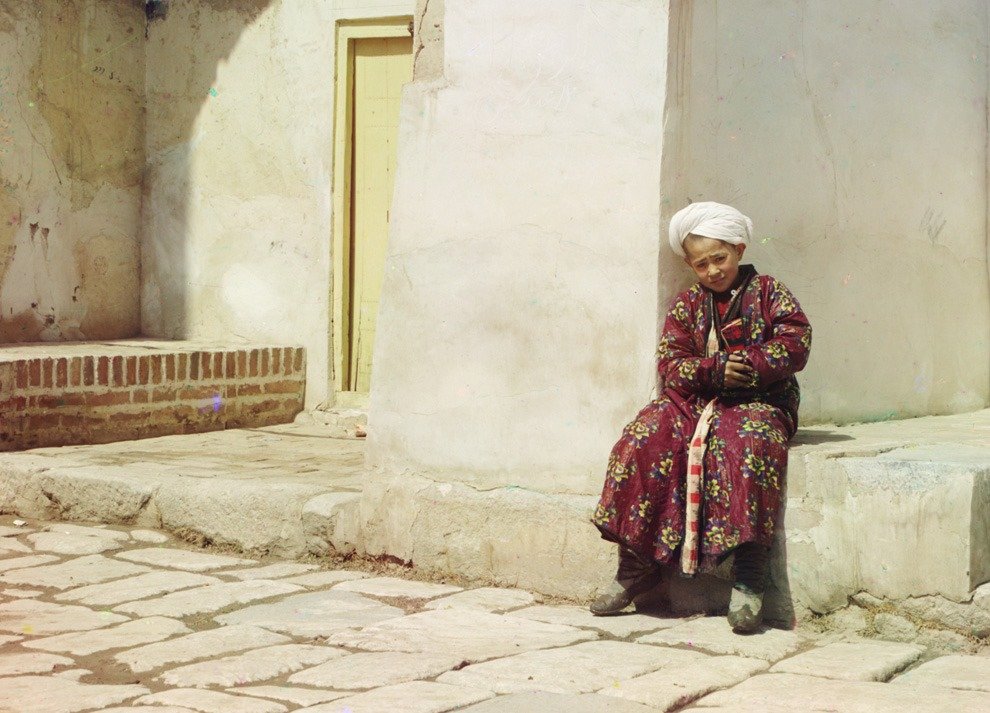 A boy sits in the court of Tillia-Kari mosque in Samarkand, present-day Uzbekistan, ca. 1910.