1. In poker, there is a hand called a ‘dead man’s hand’ consisting of two aces and two eights, and it is given this name because it is the hand Wild Bill Hickok had when he was shot in the back of the head by Jack McCall. – Source

2. “Anna Kournikova” is a hand in Poker that “looks better than it plays”. – Source

3. Richard Nixon was an excellent poker player. He was so good that his first campaign for the House of Representatives was mostly funded by poker winnings from his time in the navy. – Source

5. Two men were brought up on federal hacking charges when they exploited a bug in video poker machines and won half a million dollars. His lawyer argued, “All these guys did is simply push a sequence of buttons that they were legally entitled to push.” The case was dismissed. – Source 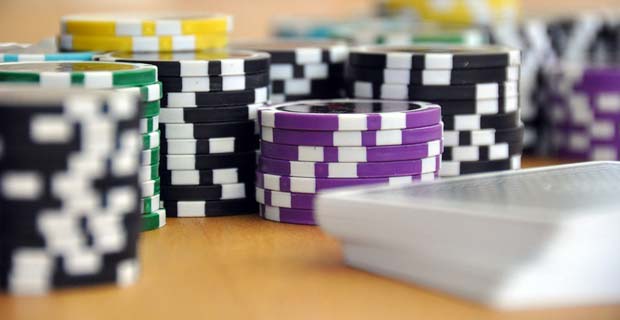 6. Andrei Karpov was so desperate to stay in a poker game, he put his wife up as a stake after he’d run out of money. He then lost. She was so angry she left him for the winner. – Source

7. The man who wrote Microsoft Word and invented the red squiggly for misspellings is now a professional poker player. – Source

8. A Texas billionaire began playing ultra high stakes poker games against many top pros, thinking their play would be influenced by the amount of money at risk. Phil Ivey promptly won over 16 million in 3 days. – Source

10. You can’t play Texas Hold’em in Texas. Poker rooms are essentially illegal in Texas, with the exception of one casino on an Indian reservation and this card room that found a loophole. – Source

11. The first ever World Series of Poker Champion to qualify through an online poker site has “Moneymaker” as a legitimate family name; his ancestors were German coin minters who anglicized the name from “Nurmacher”. – Source

12. A professional poker player lost his sports car for 5 months after forgetting where he parked it. – Source

13. In the history of the World Series of Poker Main Event, the Champion has never won the title with Pocket Aces. But the runner-up has had Pocket Aces twice during the final hand and lost. – Source

14. At the Angola Prison rodeo, there is an even called Convict Poker – Four inmates are seated at a table in the ring playing poker when a rampaging bull is released, the last man to leave the table wins. – Source

15. The Bird Cage Theatre in Tombstone held the longest-running poker game in history, continuously 24/7 for 8 years, 5 months, & 3 days. As much as $10,000,000 changed hands during the marathon game & participants included Doc Holliday & George Hearst & only ended when the building was flooded. – Source

16. Ben Affleck is such a good poker player, he once won the California State Poker Championship, which had a prize of $356,000 and a qualification for the World Poker Tour Championship. – Source

20. The expression “Passing The Buck” is said to have originated from poker during the American Frontier era, in which a knife with a buckhorn handle was used to indicate the person whose turn it was to deal. If the player did not wish to deal he could pass the “buck” to another player. – Source