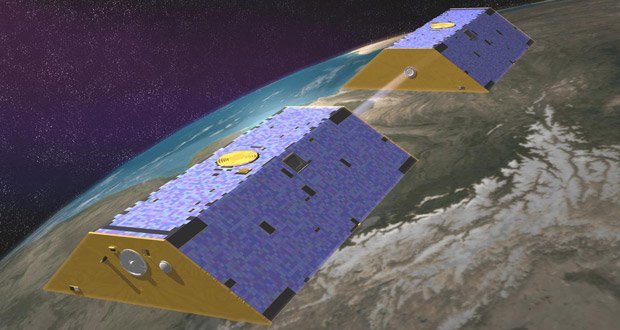 1. NASA has 2 satellites chasing each other around the Earth tracking the distance between them to measure gravitational anomalies. Their nicknames are Tom & Jerry. – Source

2. Satellites are programmed to avoid meteorites so they don’t get destroyed. Of over 8,000 satellites orbiting the Earth, only one has ever been destroyed by a meteorite. – Source

3. By examining high-resolution satellite imagery with algorithms developed via trial-and-error, Sarah Parcak, and her team have discovered 17 pyramids, 1,000 tombs, and over 3,100 settlements in Egypt alone. She now wants to crowdsource “space archaeology” to prevent looting of ancient sites. – Source

4. In 2007, China tested a missile and shot down one of their own satellites, accidentally creating 2,087 pieces of space debris on crazy orbits, all of which are now required to be tracked to avoid space collisions. – Source

5. “LES1”, a satellite that had been abandoned in 1967, recently started transmitting again, after its batteries decayed, shorting the solar panels straight to the electronics. – Source 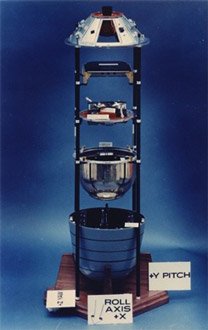 6. The first American spy satellites literally dropped their film from space in a “film bucket” that was then scooped up in midair by a plane. – Source

8. There is a satellite orbiting Earth that is predicted to re-enter the atmosphere in 8.4 million years, carrying a message addressed to the beings/humans and civilization of the future. – Source

9. In 1977, William Kampiles stole a top secret KH-11 spy satellite manual from the CIA which he sold to the Russians for $3000. He then told the CIA for who he worked what he had done in the hopes that they would hire him as a double agent. They didn’t and he was sentenced to 40 years in prison. – Source

10. Older generation spy satellites predated any form of digital imaging by decades. They literally exposed film and dropped it back to earth in small re-entry pods. – Source 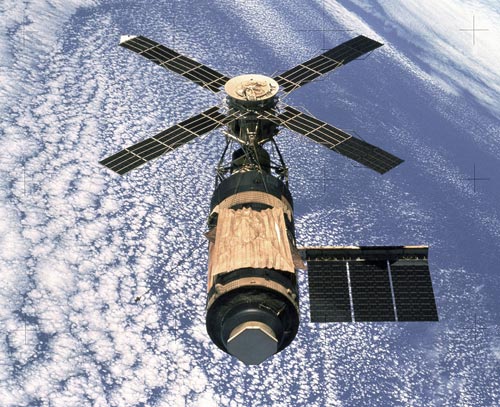 11. When the Skylab satellite crashed in Australia in 1979, Australia issued the US a fine for littering. NASA didn’t pay the fine. – Source

12. A city in Texas renamed itself to “DISH, Texas” in order to receive free Dish Satellite service for 10 years. – Source

13. A man received an emergency satellite locator beacon as a present, didn’t read the instructions and ended up triggering 9 false alarms Search and Rescue deployments over the course of 12 weeks. – Source

14. In 1996, NASA generated electricity with a satellite on a 13-mile long wire, released from Space Shuttle. The wire was clearly visible from Earth and was one of the biggest human-made objects in space. – Source

15. Former USSR Lt. Col. Stanislav Petrov prevented a nuclear holocaust and potentially WWIII by going with his “gut feeling” and believing that the USSR’s early-warning satellite signal was faulty when it reported that the US had launched 5 ballistic missiles at them. – Source 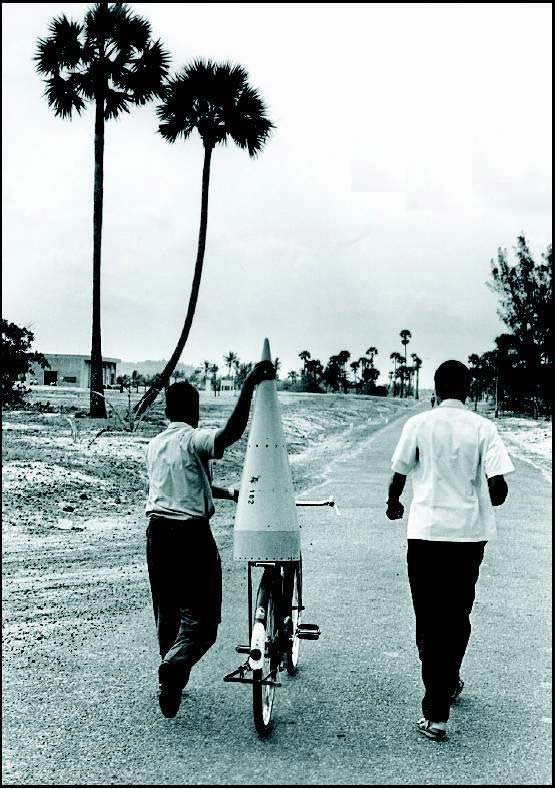 16. In 1981, India launched its first satellite that was transported on an ox-cart, with the rocket parts carried on the back of bicycles. – Source

17. Regardless of what service you get weather information from, almost all of the data comes from the same place. NOAA has the only nationwide weather radar and operates the only weather satellites in the US.  It freely distributes its information into the public domain. – Source

19.Most of the money George Clooney makes off his Nespresso commercials; he spends on a satellite that surveils over the border of North and South Sudan to keep an eye on criminal and dictator Omar al-Bashir to track his vicious army in an attempt to warn civilians before attacks occur. – Source

20. TLC was founded in 1972 with the help of NASA and was an informative and instructional network focused on providing real education via television; it was distributed at no cost by NASA satellite. – Source