21. After President McKinley was shot at the Pan-American Exposition, surgeons were unable to locate the bullet, unaware that one of the first X-ray machines was being demonstrated nearby. – Source

22. Gamma-ray and X-ray telescopes use a kind of complex pinhole camera array, instead of lenses, to image the sky. – Source

23. After seeing the x-ray of her hand for the first time, the inventor’s wife proclaimed “I have seen my death!” – Source

24. Titleist X-rays every one of their balls because of an avid golfer who was playing around in the 1930s missed a well-stroked putt. He thought there was something wrong with the ball so he had it X-rayed and found the core to be off-centre. – Source

25. Those X-ray Spex novelty glasses use a bird feather for the lens, diffracting light and creating the illusion of “bones” inside solid objects. – Source

26. If a person is very fat that many medical diagnostic tests, like x-rays and ultrasounds, won’t be able to see through the fat. This is called “limited by body habitus.” – Source

27. Had a solar eruption happened 9 days earlier in 2012, the Earth would have been hit by a massive solar storm that would likely cause major x-ray and UV radiation and power failure throughout the planet. It likely would have cost trillions of dollars and 4-10 years to recover from. – Source

28. X-Rays are actually visible, but that this has mostly been forgotten due to the inherent safety issue. – Source

29. The famous picture showing the “shadow” left by the “vaporized” victim of the bombing of Hiroshima is not the remains of the victim but in fact the area around the shadow, not obscured by the person’s silhouette that was lightened by X-rays from the burst, leaving a dark “negative” shadow. – Source

30. In January 2012, a man named Dante Autullo accidentally shot a 3½-inch nail directly into his brain, not even aware that he had while working in his garage. The nail wasn’t surgically removed until 36 hours later when an X-ray scan of his head stunned about a dozen extremely surprised doctors. – Source 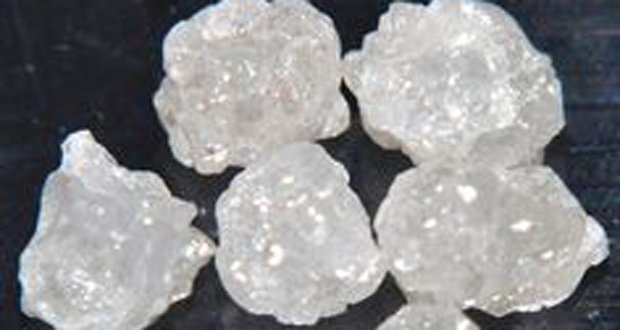 31. Real diamonds are radiolucent. They don’t show up in X-ray. – Source

32. Papyrus Scrolls carbonized by the eruption of Mt. Vesuvius have been rendered legible through unrolling the charred remains, and x-ray. – Source

33. Astronomers using NASA’s Chandra X-ray Observatory discovered a black hole in the Perseus cluster that produces the lowest “note” ever detected, to the tune of a B-flat that’s 57 octaves below middle C. A frequency over a million billion times deeper than the limits of human hearing. – Source

34. An explosion on a neutron star, which is only 12 miles in diameter, slammed Earth with X-rays in 2004, partially ionized the Earth’s upper atmosphere, and it made the Earth’s magnetic field ring like a bell. This star is 50,000 light years away, half way across the galaxy! – Source