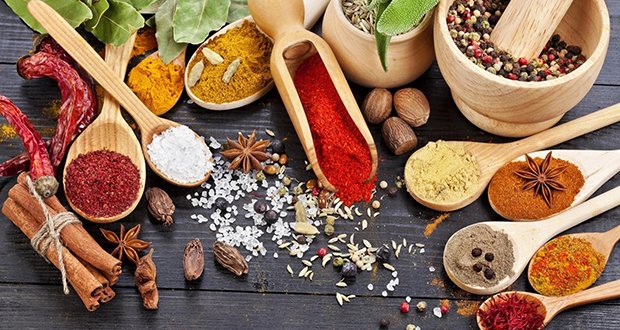 21-25 Interesting Facts About Herbs and Spices 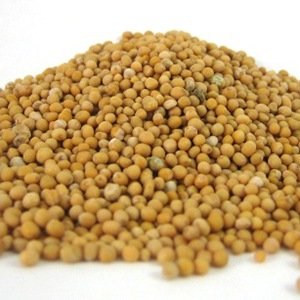 21. Mustard and wasabi aren’t spicy until crushed. Only when the plant’s cells are damaged can two otherwise harmless components mix and produce allyl isothiocyanate, the compound responsible for the familiar pungent taste. – Source

22. Broccoli, cauliflower, cabbage, kale, and kohlrabi are a result of selective breeding of the wild mustard plant – Source

23. Mints are not only given at the end of a meal in restaurants to help refresh your breath, but herbs like peppermint help settle nausea and upset stomach (i.e. from overeating). – Source

24. Before the invention of electricity, there was a “spice clock,” a clock that opened a different compartment of spices each hour so that people waking in the night could taste the time before going back to sleep. – Source

25. The reason spicy food gets spicier after freezing and reheating is because capsaicin is stored in fats, which don’t evaporate during reheating like the water in a food, so there is a higher percentage of the spice than in the food before, causing it to be spicier – Source

26-30 Interesting Facts About Herbs and Spices 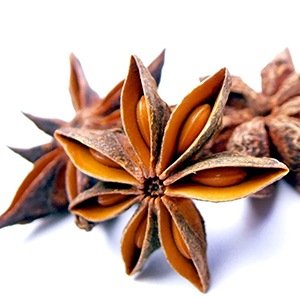 27. A chemical in the spice, Star anise, is a major component of Tamiflu. Shortages of the spice often leads to shortages of Tamifu and likewise, increased production of the drug can drive Star Anise prices up. – Source

28. Werner Herzog, best known for the documentary, ‘Grizzly Man’, ate his own shoe after asking a friend to create ‘Gates of Heaven’, stating , “If you make this film, I’ll eat my shoe.” It got made, and so the shoe was eaten, after being cooked in garlic, herbs, duck fat, Tabasco sauce, and stock for 5 hours. – Source

29. Sumac is the only spice plant native to all 48 contiguous states. – Source

31-35 Interesting Facts About Herbs and Spices 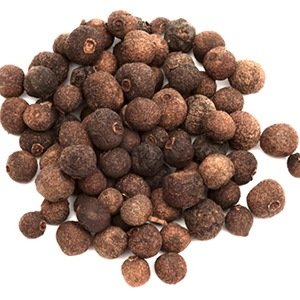 32. Western Kung Pao chicken tasted different because it was illegal to import Sichuan peppercorns into the United States until 2005. – Source

33. The Canna Indica seed and peppercorns were used as shotgun pellets. – Source

34. In 2003, a 17-year old kid died after drinking “tea” made from soaking poppy seeds in lemon juice. The cause of death was found to be opium overdose. – Source

35. There is an herb called epazote, which can reduce the gassy effects of eating beans – Source

March 22, 2019
Latest Posts
Subscribe to Blog via Email
Did you know?
Loading...
Facts of the Day
Registration is disabled.