Continuing with our photo series, here is an album about photos from school around the world. 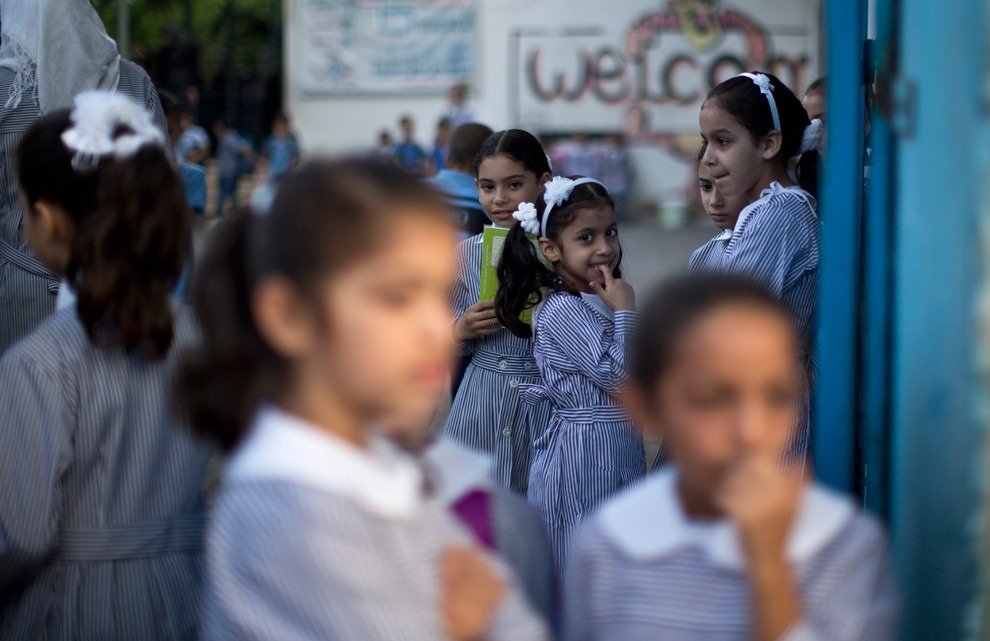 Palestinian school children stand at the patio of their UNRWA school on the first day of the new school year in Gaza City. 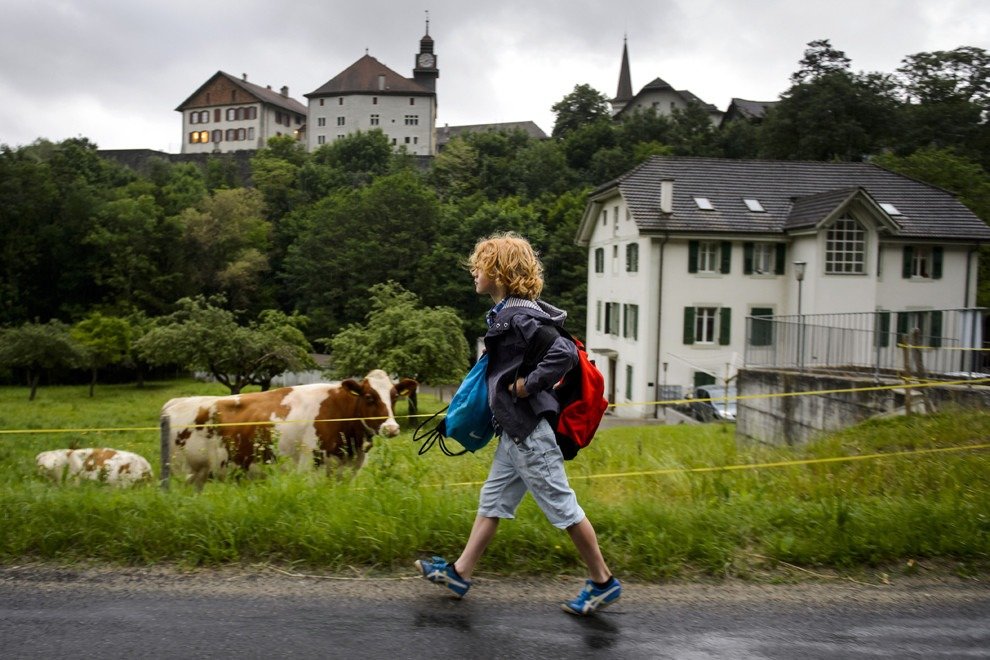 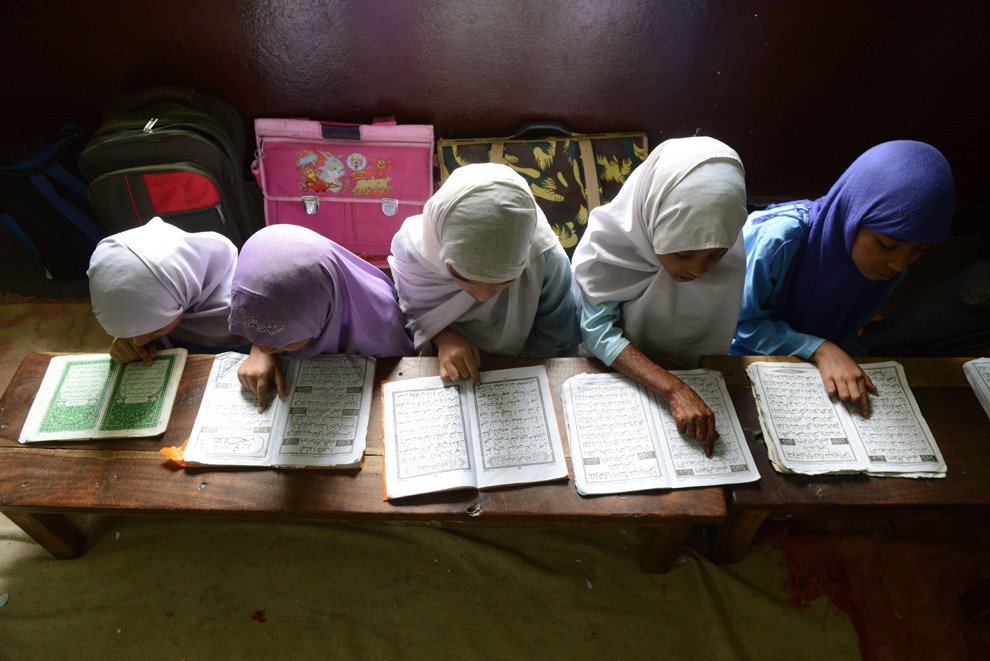 Indian Muslim girls recite the Holy Quran in their class room during the holy month of Ramadan at Madrasatur-Rashaad religious school in Hyderabad. 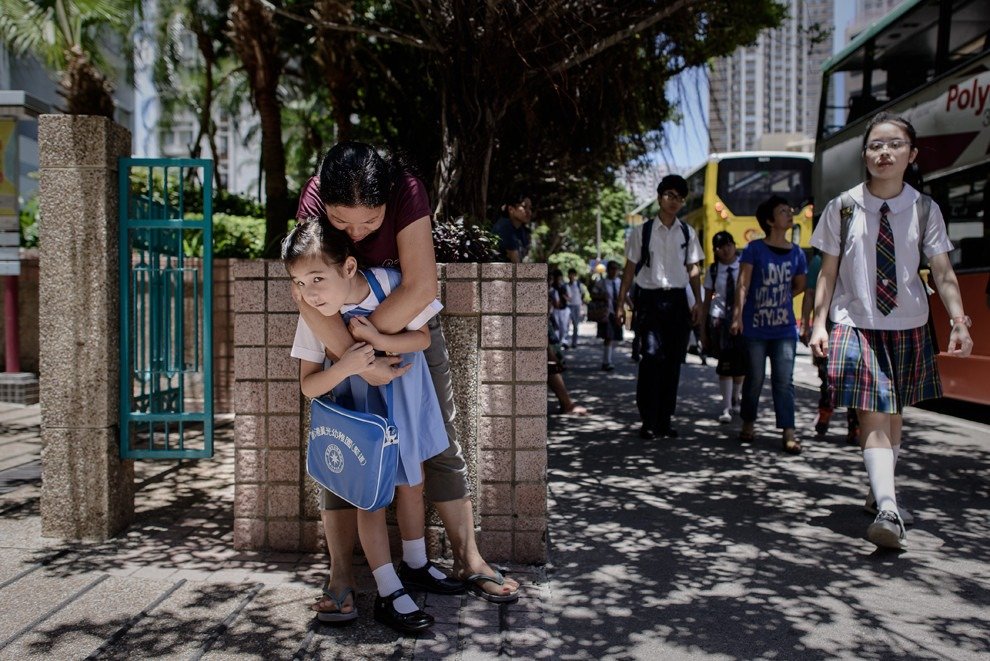 Maia, 5 years old, gets a hug from her nanny on her way to school outside her home in Hong Kong. 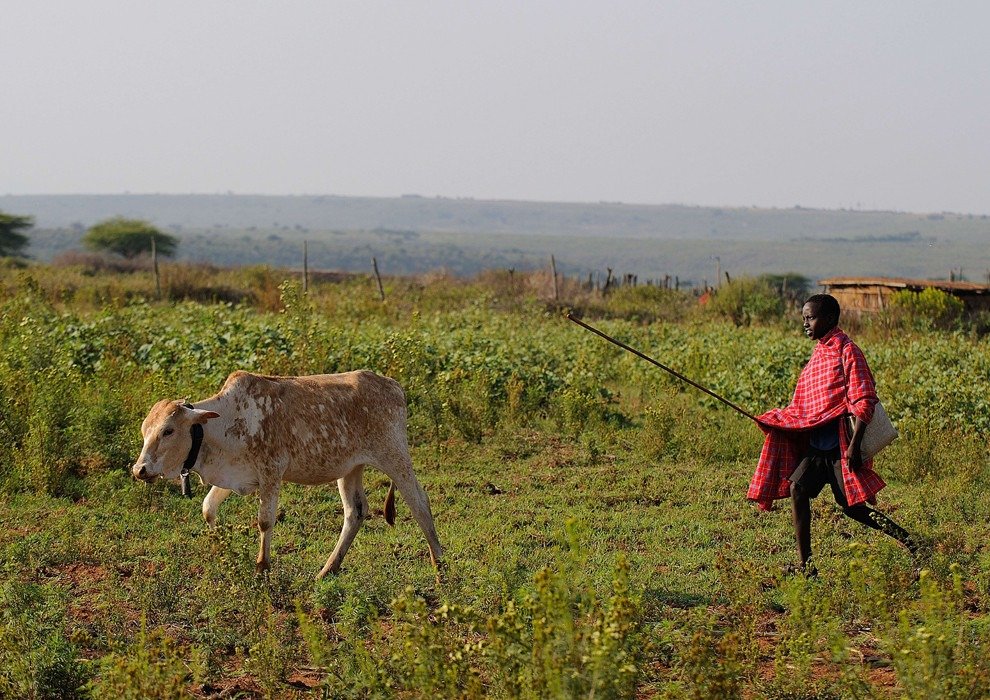 Kelvin Leadismo,12, with his schoolbag hanging on his shoulder, tends to his family’s cattle at Kisima township of Kenya’s northern county of Samburu before he heads off at tuition. The Samburu community students are usually unable to attend regular daytime classes, at nearby Loltulelei primary school. The school runs a parallel tuition program that enables shepherds to acquire literacy through the two to three hour tuition courses presided over by volunteer teachers. 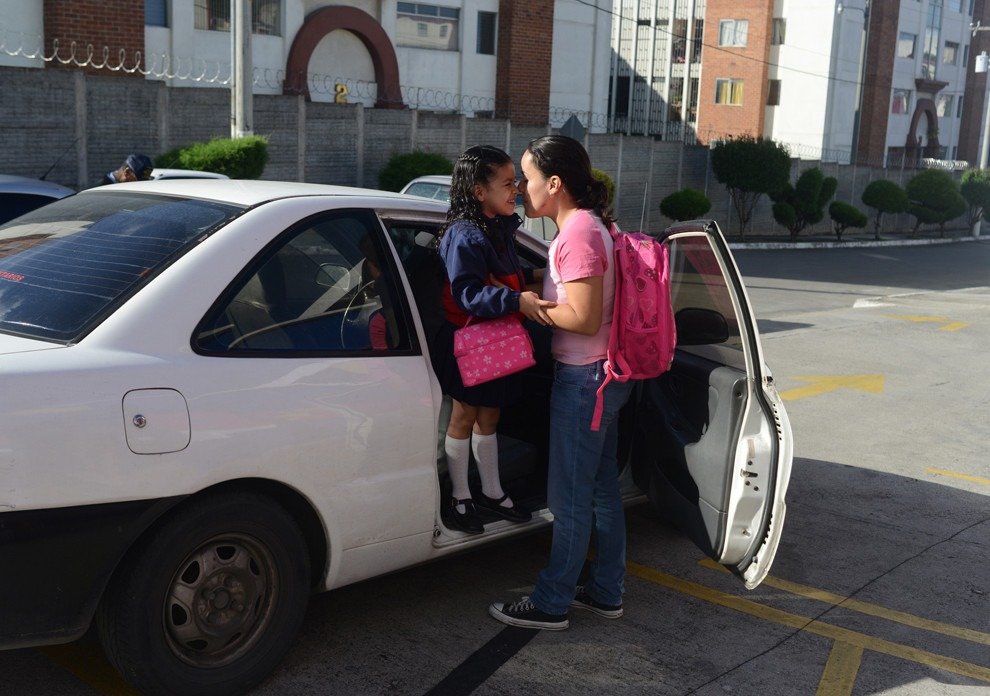 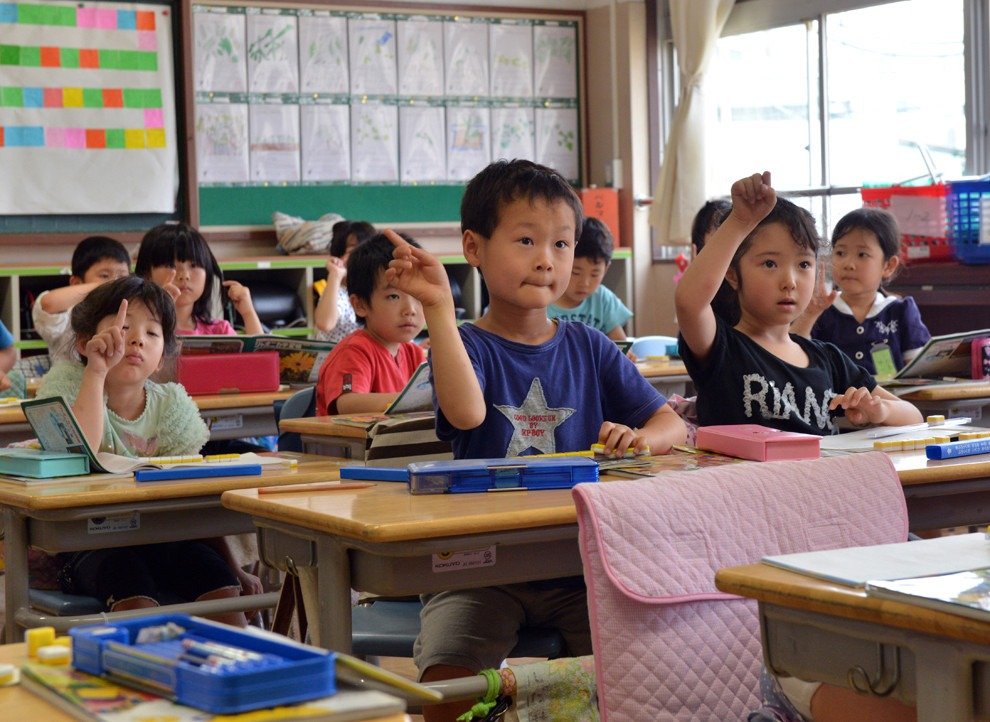 Six-year-old Japanese elemetary student Seishi Nishida raises his hand along with classmates at school in Tokyo. 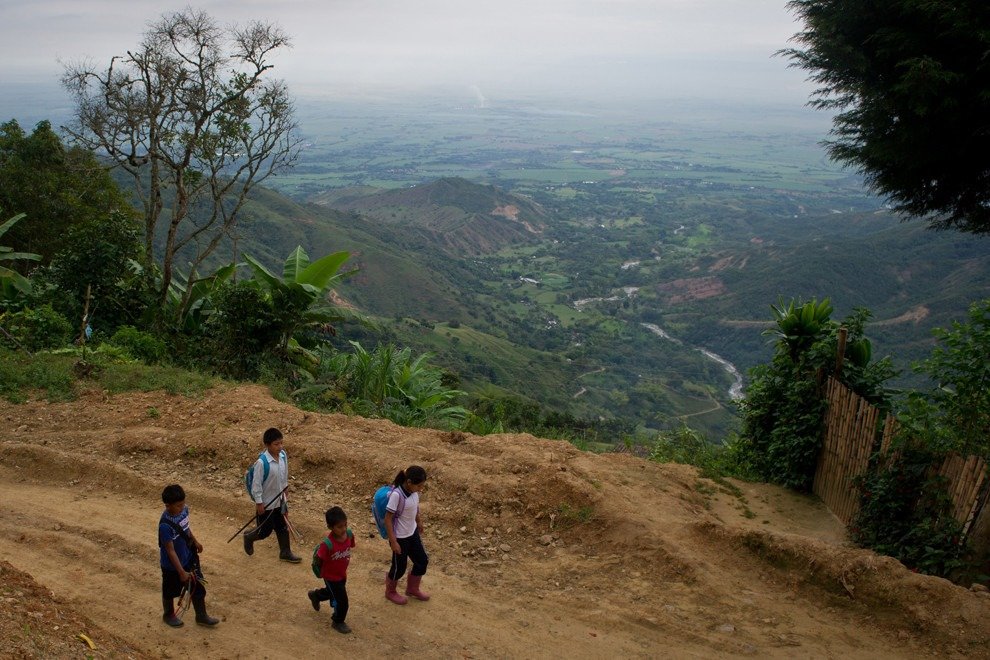 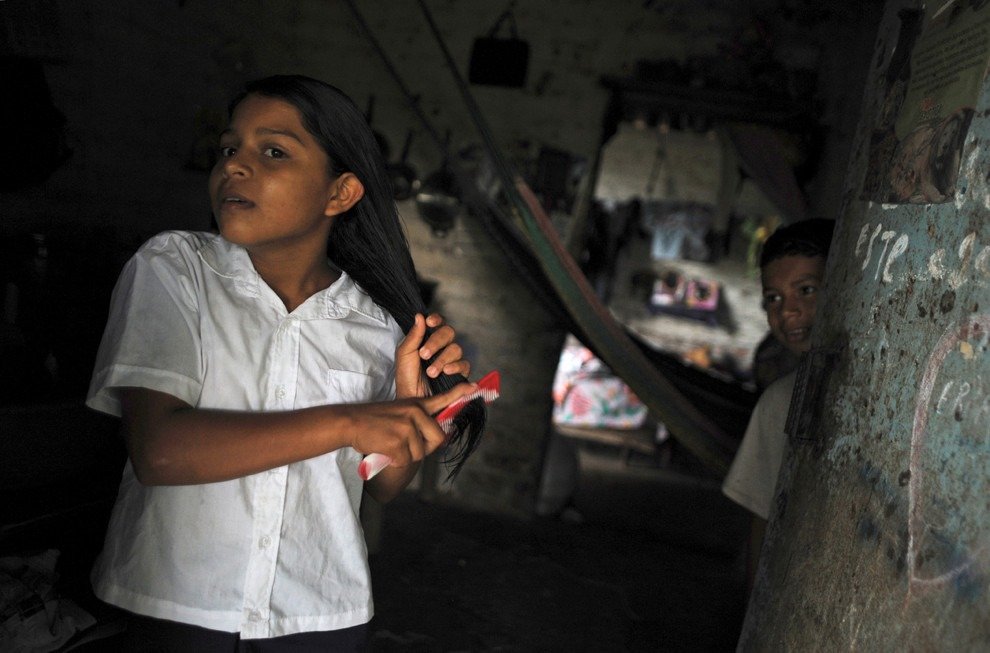 Salvadorean girl Silvia Alvarado, 10 years old, prepares to go to school in the village of Metalio, in the city of Acajutla, 50 Km. west from San Salvador, El Salvador. 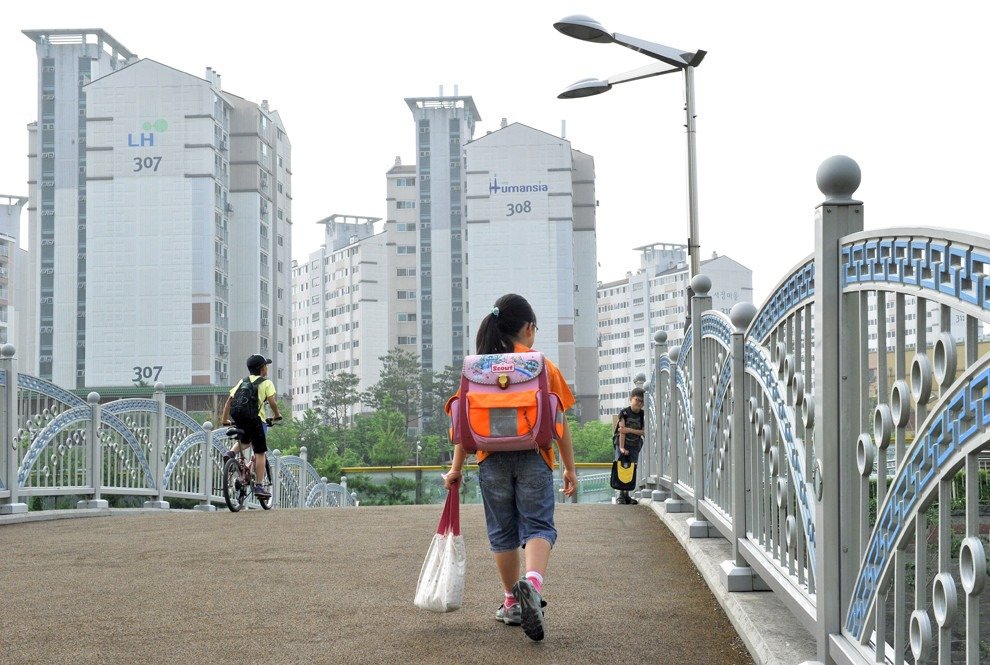 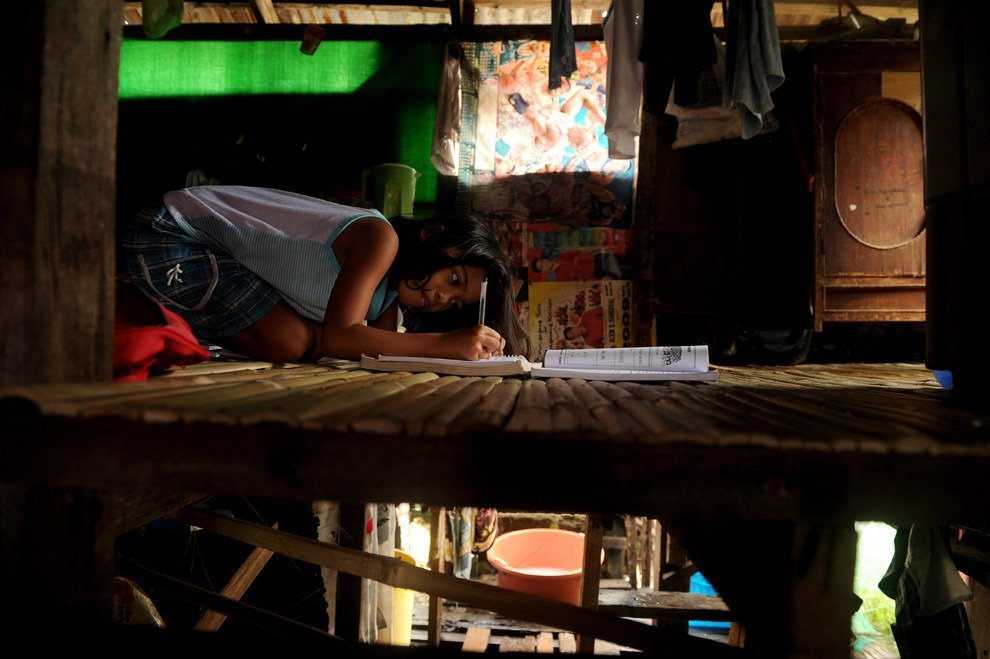 Genesis Tuazon, 8 years old, grade three student at the Pangulo Elementary School, works on her school assignment inside her house at the Artex Compound in Malabon City, Manila. 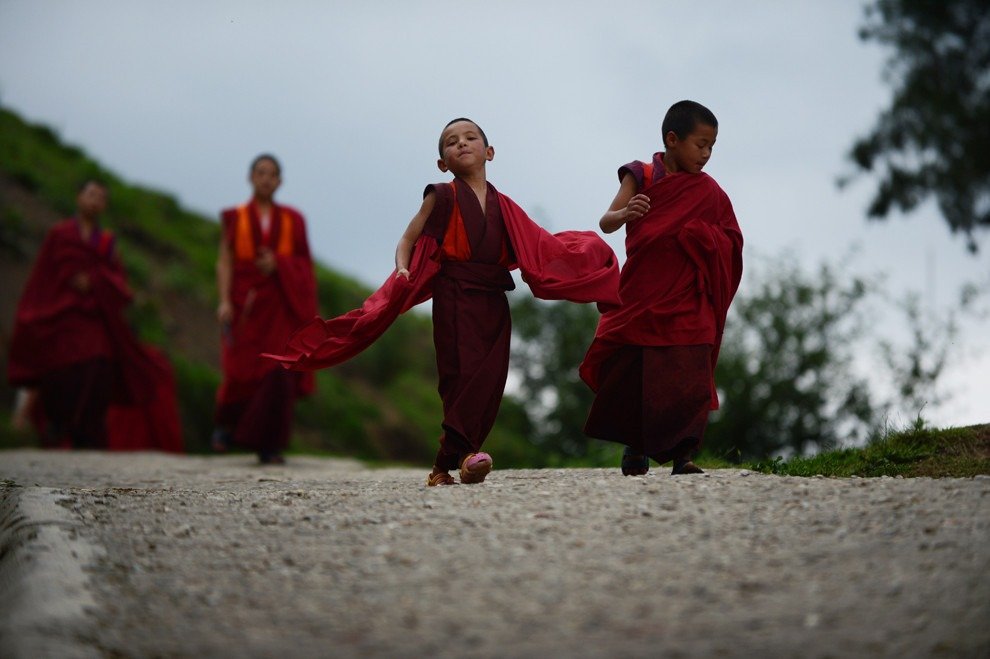 Six-year-old monk apprentice Tandi Dorji (C) as he walks to breakfast at a monastery in Thimpu, the capital of the Kingdom of Bhutan. Dorji is the youngest monk at the Buddhist monastery where over 200 monks learn among other things, about meditation, chants, holy scripture and about performing rituals honoring various bodhisattvas. 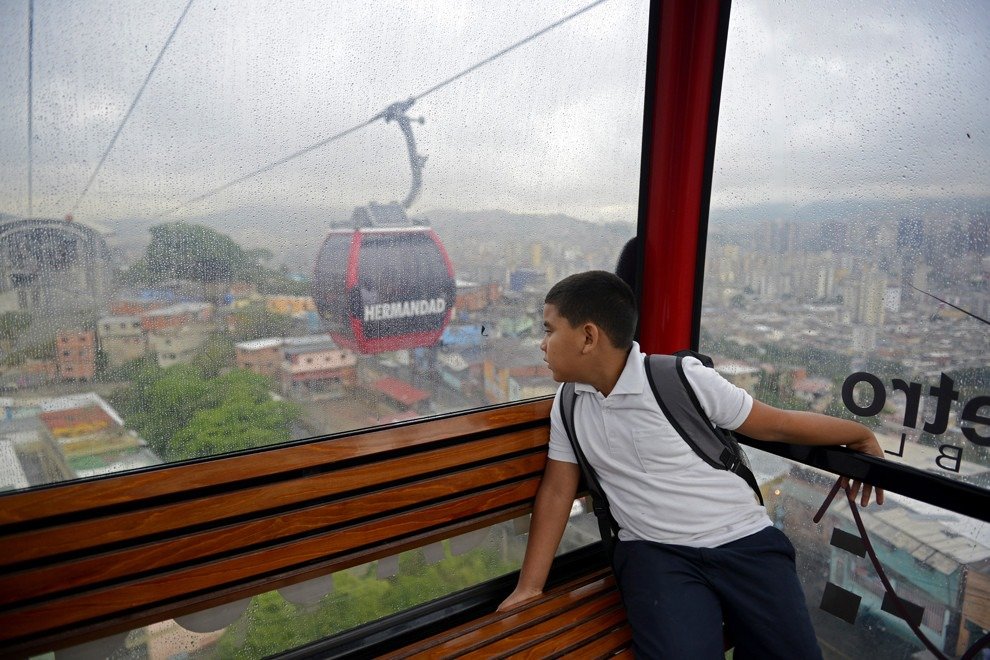 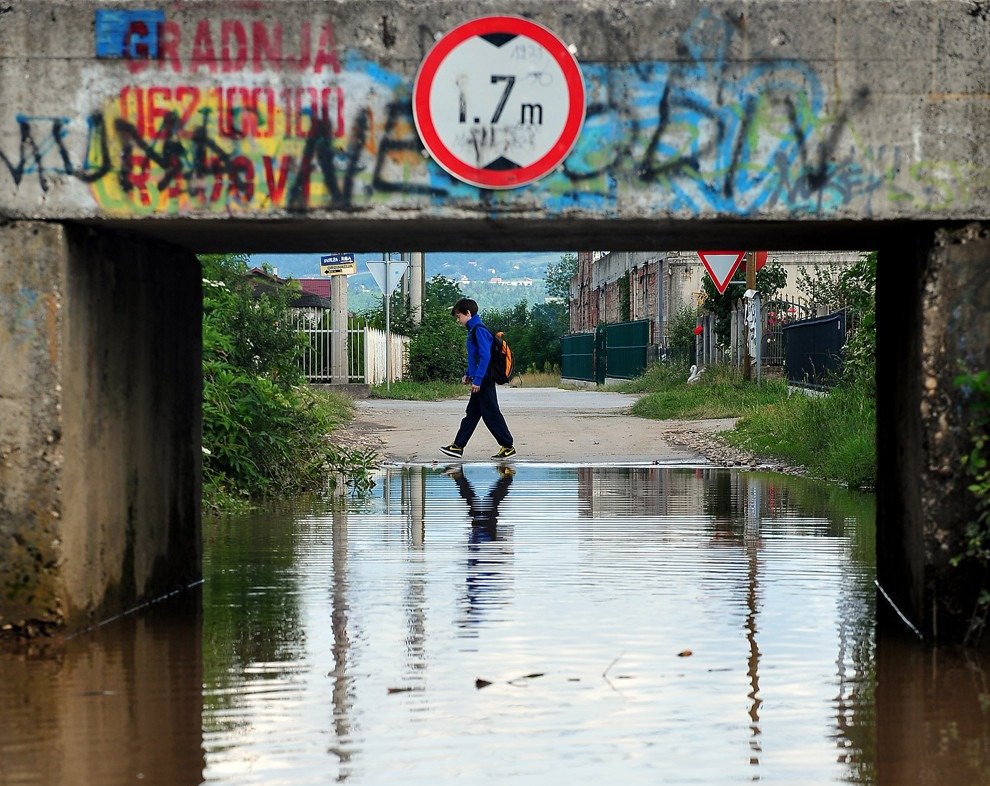 A Bosnian boy, Aldemar Alikavazovic, 12, walks in his neighborhood in a western suburb of Sarajevo on his way to school. 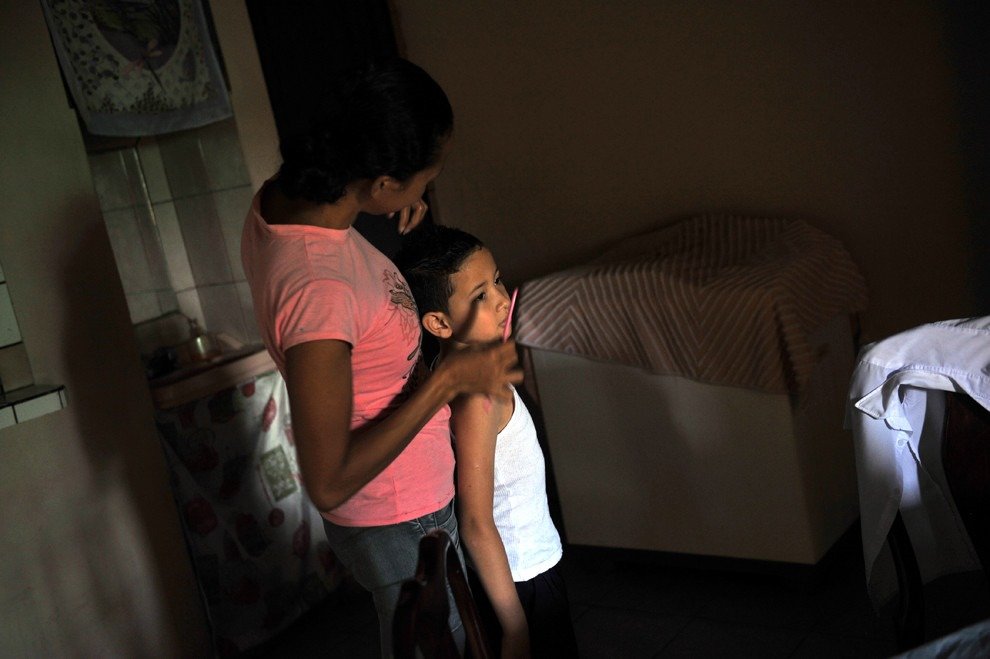 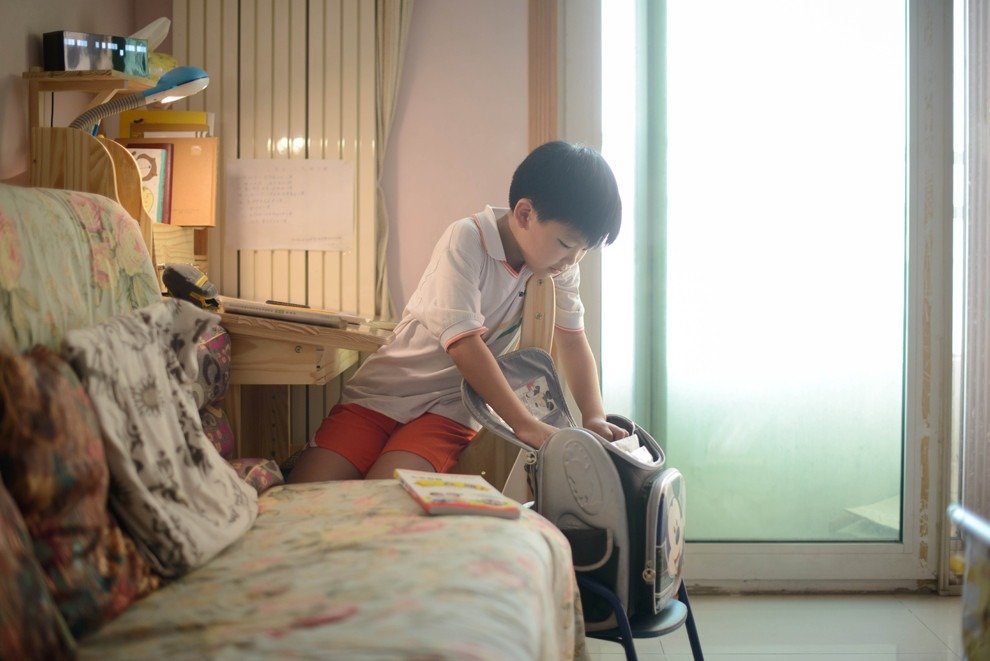 Wei Hanqi, 9, packs his bag as he prepares to walk to school in Beijing. 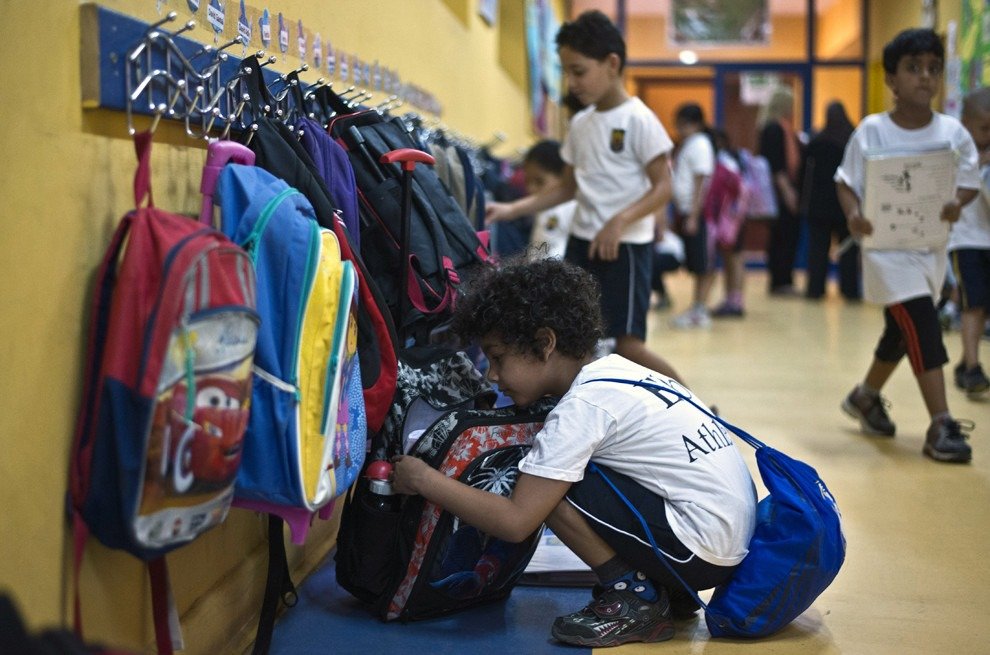 Egyptian student Farris Hamid, 6, opens his schoolbag in the hallway at the Egypt British International school in Cairo. 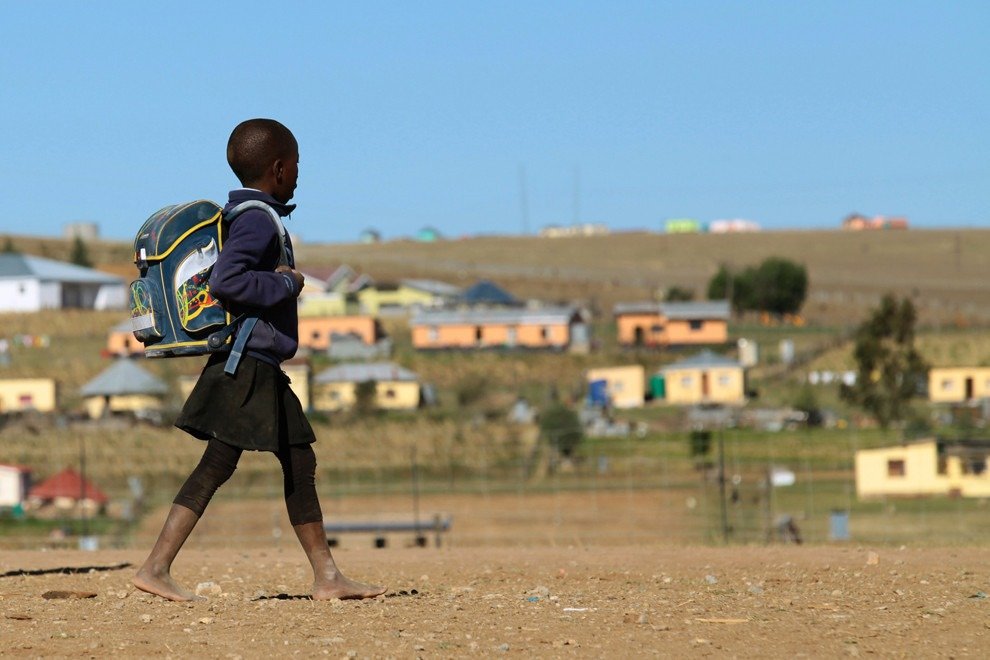 A child walks to school in Qunu, a village outside the town of Mthatha in the Eastern Cape, where former South African President Nelson Mandela grew up.

AskReaders: What is a conspiracy theory you believe to be true?