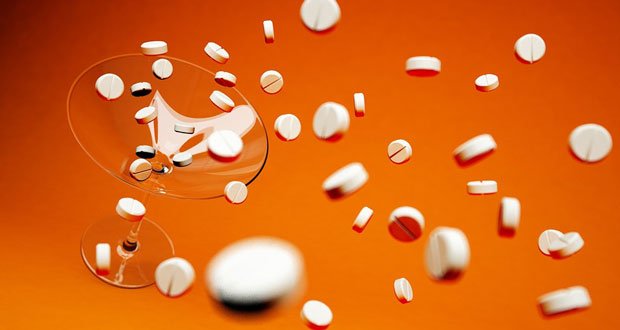 1. A U.S. FDA study showed 90% of more than 100 drugs, prescription and over-the-counter, were perfectly good to use even 15 years after the expiration date. The U.S. military saved $260 million in five years by not discarding expired drugs. – Source

2. The 442nd Infantry Regiment, a large Japanese American unit that served during WWII, did so while their families were held in internment camps. Their motto was “Go for Broke” and they were the most decorated unit in the U.S. military history. – Source

3. The worst breach of the U.S. military computers in history happened when someone picked up a memory stick they found in the parking lot and plugged it into their computer, which was attached to United States Central Command. – Source

5. Women in the U.S. military are more likely to be raped by a fellow soldier than killed by enemy fire. According to the Department of Defense, an estimated 19,000 military personnel are raped every year. – Source

6. During the 1950s, the U.S. military tested nuclear weapons so close to Las Vegas, that you could clearly see the mushroom clouds from downtown Hotels. This became a temporary tourist attraction. – Source

7. During the Iraq war in 2003, the U.S. military planned to attach chickens atop Hum-Vees in order to detect chemical weapons. The project was named, Operation Kuwaiti Field Chicken (KFC). However, the project failed when 41 of the 43 chickens died within a week of their arrival. – Source

8. In 1949, the U.S. military created a synthetic version of Marijuana called Dimethylheptylpyran. Just 1 mg can have effects lasting for 3 days. – Source

9. During the Korean War, the U.S military ran out of mortar rounds and as a result, accidentally ordered thousands of crates of Tootsie Rolls candy. This is because the U.S. Army used Tootsie Roll as a slang code for mortar shells. – Source

11. The U.S. military originally planned to provide personnel, vehicles, and costumes for the film ‘Independence Day’, but backed out after producers refused to remove the script’s Area 51 references. – Source

12. The U.S. military does training referred to as “live tissue trauma training.” This is where pigs sustain injuries similar to shrapnel wounds and shotgun blasts. The personnel are then required to keep the pig alive despite numerous life-threatening injuries. – Source

13. A “blue discharge” was a form of administrative U.S. military discharge issued from 1916-1947. Neither honourable nor dishonourable, the blue discharge became the discharge of choice for commanders seeking to remove homosexual service members from the ranks. – Source

15. Project Bluebird (a CIA project) researchers dosed over 7,000 U.S. military personnel with LSD, without their knowledge or consent. Years after the experiment, more than 1000 of these soldiers suffered from several illnesses, including depression and epilepsy. Many of them committed suicide. – Source

16. There is a U.S. military cemetery where the dishonoured dead are buried. – Source

17. The U.S. military used (and may still use) the “Meow Mix” commercial theme song as a torture device in some prisons, by playing it loud and on repeat. – Source

18. The Purple Heart is the oldest U.S. military decoration; General George Washington awarded the first purple-coloured heart-shaped badges to soldiers who fought in the Continental Army during the American Revolution. – Source

20. The CH-47 “Chinook” is the U.S. military’s one of the fastest helicopters despite being a large, transport craft. – Source

21. The U.S. military saved an estimated 200,000 lives when it diverted troops returning home from the Gulf War to provide aid to Bangladesh after a devastating cyclone in 1991. – Source

22. The U.S. military has developed bullets that shoot other bullets. – Source

23. The U.S. military was only military force in WWI that did not supply condoms to its troops. – Source