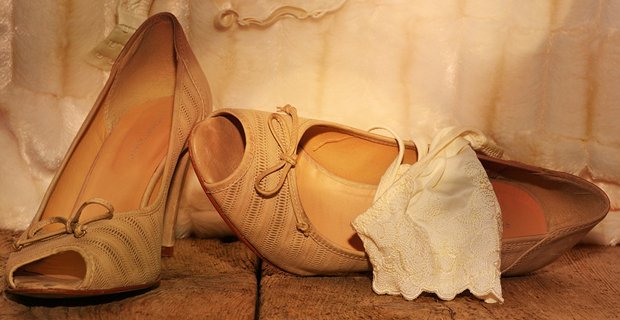 1. Up until the 1800’s, it was commonly believed that placing dirty underwear in a bucket with wheat grains would “generate” mice. This was called spontaneous generation, the idea that life could be created from nonliving objects. – Source

2. There is a class of people in Japan registered to as Cyber Homeless who live at cyber cafes because they are a cheaper alternative than an apartment. The cafes offer free showers and sell underwear. – Source

3. Kindergartners in Siberia run outside in their underwears and dump freezing water over themselves to strengthen their immune systems. – Source

4. On August 14, 1945, more than 1,000 Japanese officers raided the Imperial palace to destroy the recording of the Emperor’s speech of surrender. Confused by the layout of the palace, the rebels never found the recording. It was later smuggled outside in basket of women’s underwear for broadcast. – Source

5. A 14-year-old boy broke into Queen Victoria’s Buckingham Palace while disguised as a chimney sweep and then ran off with her underwear. – Source

6. In 1995 Boris Yeltsin, the President of Russia, when visiting DC was found drunk in his underwear trying to hail a cab to find pizza. – Source

7. At the 1956 Olympics, an Australian student successfully impersonated an Olympic torchbearer, handing the mayor of Sydney a painted chair leg topped with a pair of burning underwear in front of a crowd of thousands. – Source

8. Actress Tallulah Bankhead was infamous for not wearing underwear. During the filming of Lifeboat, the crew complained about her flashing them when she had to climb a ladder. Director Alfred Hitchcock reportedly quipped that he didn’t know if it was a matter for wardrobe or hairdressing. – Source

9. The British Army issues antimicrobial underwear that can be worn for three months at a time. – Source

11. In Finland, the word ‘kalsarikännit’ means to get drunk at home, alone, in your underwear. – Source

13. In Chile, the act of not wearing underwear has been called “to go gringo-style” (andar a lo gringo). – Source

14. The makers of Edible Underwear were denied patent protection on the grounds that “candy and pants were incompatible”. – Source

15. Major League Baseball umpires are required by rule to wear black underwear, in case they split their pants. – Source

16. Navel lint comes from your underwear, and that the scientist who studied it won an Ig Nobel. – Source

17. Abercrombie & Fitch was forced to remove a line of thongs in children’s sizes made specifically for pre-teen girls. The front of the underwear read phrases such as “Eye Candy” and “Wink Wink.” – Source

18. An 18-year-old man tried to eat his underwear in the hope that the cotton fabric would absorb alcohol before he took a breathalyzer test. – Source

19. There is underwear that has a removable filter to soak up farts. – Source

20. Color-blindness was discovered by John Dalton (1766-1844) when he scandalized his family by inadvertently buying his mother a set of racy underwear as a birthday present. – Source

21. “Long johns” are named after a famous knife fighter who fought in thermal underwear. – Source

22. The “underwear on the outside” look for superhero costumes was modeled after the attire of the aerial circus performers and wrestlers of the ’30s when the first superheroes appeared. – Source

24. Researchers made tiny pants for rats to investigate how underwear made of various materials affects sexual performance. – Source

25. The phrase “going commando” is from soldiers in the Vietnam War, who were reputed to go without underwear to increase ventilation and reduce moisture. – Source