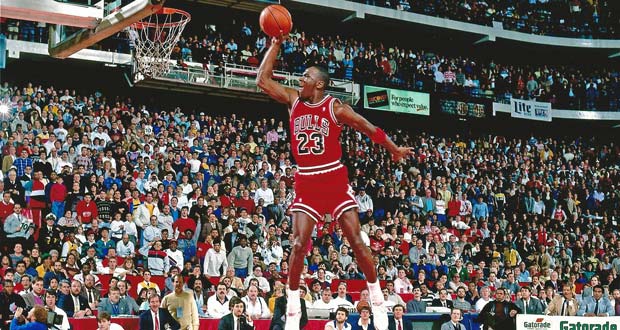 1. Michael Jordan had a “love of the game” clause in his contract, allowing him to play basketball against anyone, anytime and anywhere. – Source

2. After Michael Jordan scored a game-high 69 points, teammate Stacey King quipped “I’ll always remember this as the night that Michael Jordan and I combined to score 70 points.” – Source

3. Michael Jordan now makes more money each year than he earned in salary during his entire 15 year NBA career. – Source

4. The night before the Olympic final, Michael Jordan apparently spent the night drinking and gambling all night, then he went on a long day of press appearances, plus 18 holes of golf in Barcelona before he went on to lead Team USA in a gold medal-winning victory over Croatia. – Source

5. Michael Jordan was fined $5000 for every game that he wore Air Jordans (as shoes violated NBA league policy). He made an estimated $90 million in 2013, more than any other active or retired athlete, largely from Nike royalties. – Source

6. Michael Jordan was once asked why he wouldn’t endorse black democratic candidate Harvey Gantt in a North Carolina senate race, to which Michael Jordan responded, “Republicans buy shoes too”. – Source

7. After Sports Illustrated published its “Bag It, Michael” cover story about his lackluster baseball career in 1994, Michael Jordan cut off all official communication with the magazine, even to this day. – Source

8. In 1992, Michael Jordan was the ambassador of Nike but his team was sponsored by Reebok so his uniform had a Reebok patch on the right shoulder. Jordan carried an American flag on his right shoulder to completely hide the Reebok logo proclaiming that “The American flag cannot deface anything.” – Source

9. The trend of baggy shorts in the NBA was started by Michael Jordan because he wanted to wear his UNC shorts under his Bulls shorts. – Source

10. Michael Jordan wore a jersey with the number 12 with no name on the back, during a game with the Orlando Magic, after someone broke into the Bull’s dressing room and stole Michael Jordan’s jersey. Jordan refused to sign autographs in Orlando after the incident. – Source

12. When Chamillionaire asked Michael Jordan for a pic, Jordan responded with “I ain’t taking pictures with no niggas.” – Source


13. In 2005, Michael Jordan woke up Bow Wow in the middle of the night who was sleeping over with Jordan’s sons to ask who wore Allen Iverson shoes in his house. Bow Wow never saw those shoes again. – Source

15. Michael Jordan’s “Jumpman” logo is actually a silhouette of a photograph of MJ performing a ballet move, not an actual dunk. – Source 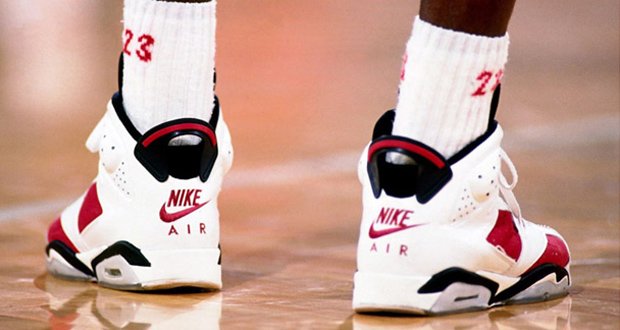 16. Michael Jordan wore a brand new pair of shoes every game his entire career because he liked the ‘excited kid’ feeling it gave him & helped him prepare mentally for the game. – Source

17. Michael Jordan’s son cost his school a $3 million Adidas contract when he insisted on wearing his father’s line of Nikes. – Source

20. The Miami Heat retired number 23 for Michael Jordan, despite Jordan never playing for the team. – Source 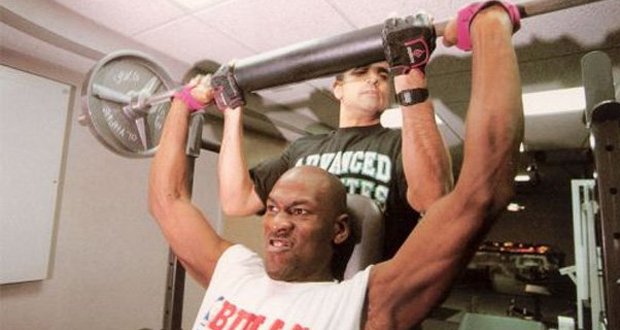 21. Warner Bros built a gym for Michael Jordan to run pick up games and practice on during the filming of Space Jam. – Source

22. Michael Jordan was about to ditch Nike when an inexperienced designer created his dream shoe. – Source

23. The 1992 American Olympic basketball team (the “Dream Team” consisting of Michael Jordan, Magic Johnson, and Larry Bird, considered the “greatest team ever assembled”) won all of their games by an average of 44 points. – Source

24. Michael Jordan’s dad was murdered while sleeping at a rest stop. The murderer was arrested while wearing a Michael Jordan t-shirt. – Source

25. From November 1990 until his second retirement in 1998, Michael Jordan never lost three games in a row. – Source