1. In the month before the ancient Olympics, no wars were permitted so that spectators could travel from across Greece unharmed. – Source

2. Cities in Greece struggle to build subway systems because they keep digging up ancient ruins. – Source

3. In Ancient Greece, throwing an apple at somebody meant to declare your love to them. – Source

4. Spiked dog collars were invented in ancient Greece and were originally designed to protect the dog‘s throat from wolf attacks. – Source

5. In Ancient Greece, small penises were desirable, and big ones were for “old men and barbarians”. – Source

6. There is a dictionary which mentions why the ancient Greek civilization of Sparta had no walls: “The Spartan king Agesilaus simply pointed to his fellow citizens, armed to the teeth, the most formidable soldiers in Greece: Here are the walls of the Spartans.” – Source

7. Progressive resistance training dates back to at least Ancient Greece when legend has it that wrestler Milo of Croton trained by carrying a newborn calf on his back every day until it was fully grown. – Source

8. Since the 1990’s a small group of people in Greece have revived the Hellenistic religion, and worship the Gods of ancient Greece. – Source

9. The word “melon” has been used euphemistically to refer to women’s breasts since ancient Greece – Source

10. Ancient Greek was the official language of Greece until 1976. – Source

11. Drinking undiluted wine in Ancient Greece was faux pas. The wine was most commonly mixed with a ratio of 3 water to 1 wine. 1:1 was really only suited for orgiastic revelry to be indulged in very rarely. – Source

13. The myth of the Griffin probably began when fossils of Protoceratops skulls were found in gold mines near ancient Greece. – Source

14. Nazi propagandists invented the Olympic Torch relay as a way to tie the Third Reich to the glory of ancient Greece. – Source


15. The middle finger originated in Ancient Greece, where the gesture was used as a symbol of an*l intercourse in a manner meant to degrade, intimidate and threaten the individual receiving the gesture. – Source 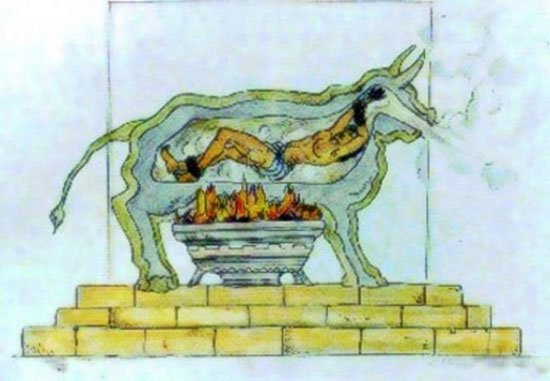 16. The inventor of the Brazen Bull, Perilaus of Athen’s, was tricked into being the first victim of his sadistic execution device; one of the most common methods of execution in Ancient Greece. – Source

17. The Red carpet culture dates back to ancient Greece. Earliest mention being in the play Agamemnon, where the “Crimson path” was to signify the stature, as it was luxury fit only for the gods. – Source

18. Ancient Greece had centenarians who lived over 100 years due to its healthy Mediterranean diet, the culture of physical activity, and sanitation. – Source

19. In order to advertise their services, prostitutes in ancient Greece wore sandals that left the words “follow me” imprinted in the dirt as they walked. – Source

20. There’s an ancient Greek play where the women of Greece end a war by withholding sex until the men of Greece agree to peace. – Source

21. It was common in Ancient Greece to write a text bi-directionally, meaning that one line would be written from left to right and the following line, from right to left. Not only would the reading direction change, but the letters were also mirrored from one line to the other. – Source

22. In ancient Greece, the unibrow was prized as a sign of intelligence and great beauty in women, who, if they didn’t come by it naturally, used makeup to draw one on. – Source

23. In ancient Greece, only men with potbellies were thought to be great leaders. – Source

24. “Figging”, the insertion of the skinned ginger root into the anus or vagina to cause an intolerable burning sensation and discomfort, was invented for disciplinary use on female slaves in ancient Greece. It’s known as “gingering” when done to horses. – Source

25. In Greek mythology, Prometheus was punished by the Gods by having his liver eaten by eagles and then regrown so it could be eaten again every day. The reason for this was that in ancient Greece, the liver, rather than the heart, was thought to be the seat of human emotions. – Source 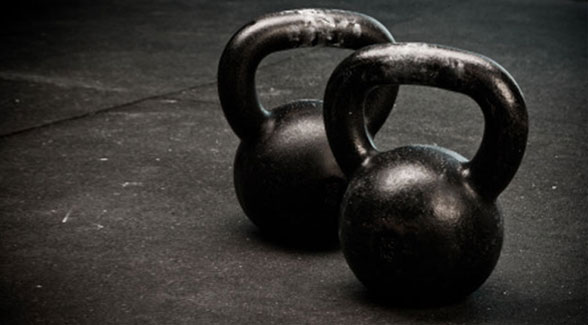 26. Kettlebells date all the way back to Ancient Greece. A 143 kg kettlebell was found in Athens with an inscription that reads, “Bibon heaved up me above the head by one hand”. – Source

27. The Battle of Salamis is believed to be one of the most significant battles in human history. Some historians believe that a Persian victory would have hamstrung the development of Ancient Greece, and by extension western civilization. – Source

29. The tradition of birthday candles began in Ancient Greece when people brought cakes adorned with lit candles to the temple of Artemis, goddess of the hunt. The candles were lit to make them glow like the moon, a popular symbol associated with Artemis. – Source

30. Phalaris, a ruler in ancient Greece was so disgusted by the Brazen Bull execution device that he used it on its own creator before throwing him off a cliff to his death. – Source 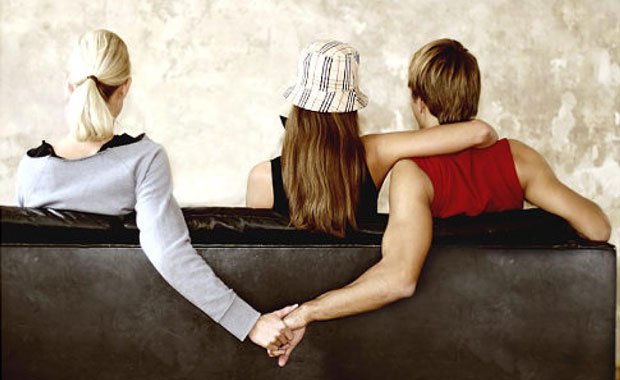 31. If you were found guilty of adultery in ancient Greece, the husband of the woman with whom you committed the crime had the right to sodomize you with radishes. – Source

32. Wearing red lipsticks in ancient Greece meant that you were a person from the prostitute class. – Source

33. The first vending machine was invented in Ancient Greece. – Source

34. “Spill the beans” came from Ancient Greece where they would vote using beans. – Source

35. Women in Ancient Greece practiced a form of ‘birth control’ where a woman would hold her breath, squat, and sneeze after sex. – Source

36. In Ancient Greece, people used to go to the gym naked — the word ‘gymnasium’ means “school for naked exercise”. – Source

37. One of the seven wonders of the world, the Temple of Artemis, was burned down by an arson who wished to be famous for his crime. Following his execution, the Ancient Greeks made it an offense subject to the death penalty to mention his name. – Source

38. The Ancient Greeks had a word, akrasia, to describe the lack of will that prevents us from doing something that we know is good for us. – Source

39. In Ancient Greece, there was a system where every citizen could vote to exile any politician for 10 years – Ostracism. – Source

40. In the Ancient Greece mythology, there was an Unknown God, a placeholder for those gods yet unknown to the ancient greeks. – Source