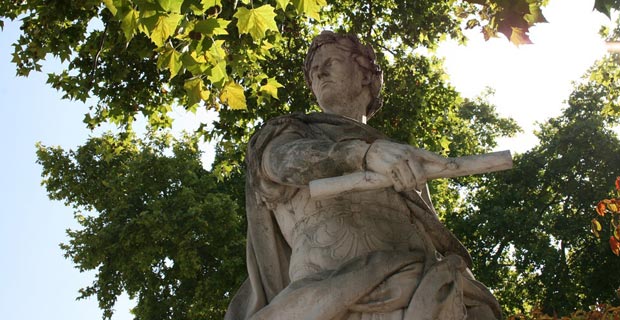 1. When Julius Caesar died, he left today’s equivalent of about $270 to each and every Roman citizen. – Source

2. There is a surviving fantasy novel written in the 2nd century AD in Roman Syria that features explorers flying to the moon, the first encounter with aliens, the interplanetary war between imperialistic celestial kingdoms, and the discovery of a continent across the ocean. – Source

3. Roman Emperor Antoninus Pius (86 CE – 161 CE) had the most peaceful reign of any ruler in antiquity. There is no record of any major events or conflicts during his 23-year reign. He was a skilled administrator and was praised by his contemporaries for his effective style of governance. – Source

4. Roman Emperor Caligula was told that he had “no more chance of becoming emperor than of riding a horse across the Bay of Baiae”. He then built a two-mile temporary floating bridge and walked his horse across. – Source

5. Roman Emperor Pertinax was murdered by his imperial bodyguard so that they could auction off the empire to the highest bidder. – Source

6. While the Roman Senate was debating about possible conspirators of an attempted coup, Julius Cesar received a note. Cato, who opposed to Julius Cesar accused him of corresponding with the conspirators and demanded the letter to be read aloud. The note was a love letter from Cato’s sister. – Source

7. The Romans believed eyelashes fell out from excessive sex, so women would use cosmetics to make their eyelashes look fuller and longer to demonstrate their chastity. – Source

8. The Ancient Romans had a method for choosing the best puppies out of a litter which involved surrounding a litter with an oil-soaked string and setting it on fire. The mother dog would jump over the ring of flames and rescue each puppy one by one, it was believed, in order of their merit. – Source

9. When the Romans returned from France and Germany with blonde slaves, some Roman women tried copying the look by dying their hair blond, only for it to fall out. Instead, the women cut off the slave’s hair to use as wigs. – Source

10. The ancient Romans possessed a herb that was so effective at the birth control that they harvested it to extinction. – Source 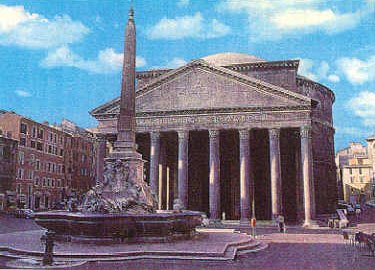 11. The Roman Pantheon, built in 118 AD, is still the largest unreinforced concrete dome in the world. – Source

12. In the Roman empire, if people wished to commit suicide, they applied to the Senate and, if their petitions were approved, were given free hemlock. – Source

14. Boudica, a Celtic queen in 60 AD led an uprising against the Romans, razing three cities and killing 80,000 Romans. This was revenge for Rome annexing her kingdom after her husband died, flogging her publicly and ordering her daughters raped. Rome needed more than 3 legions to subdue her. – Source

15. It was expected and socially acceptable for a freeborn Roman man to want sex with both female and male partners, as long as he took the penetrative role. – Source

16. A Roman politician and over 300 of his supporters were beaten to death with clubs by the Roman Senate for trying to redistribute land to the poor that was illegally acquired by the wealthy land owners. – Source

17. The word cereal comes from the Roman goddess Ceres, and her association with edible grains. – Source

18. Romans used to call Christians atheists because they didn’t pay tribute to their gods. – Source

19. A young Italian in the 15th century fell into the side of a hill, discovering the remains of the Domus Aurea, an enormous Roman palace filled with art. Michaelangelo and Raphael visited this buried palace, inspiring their art, and subsequently the early Italian Renaissance. – Source

20. Roman Emperor Augustus witnessed a man attempt to feed a slave to lamprey eels as a punishment for breaking a cup. Augustus freed the slave and had the rest of the man’s cups broken. – Source

25 Uplifting Headlines of the Week - Part 31