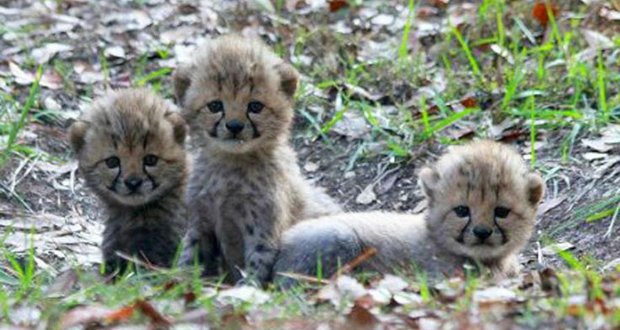 1. Zoos around the world are raising cheetah kittens with puppy companions to help the cheetahs deal with excess energy, learn social cues, and combat stress. – Source

2. Scientists were monitoring whale stress levels by analyzing their poop and found that their stress plummeted sharply after the 9/11 attacks. After shipping traffic was halted, the oceans quieted down and made it easier for whales to communicate with each other. – Source

3. The Type A/B Personality Theory was actually invented by the cigarette industry in the 1950’s to prove coronary heart disease and cancer were risks related to high-stress personality types instead of tobacco use. – Source

4. Chinese silent movie actress Ruan Lingyu committed suicide at age 24 partly due to the stress caused by the Shanghai gossip tabloids exposing her private life. Her funeral procession was 3 miles long and three women committed suicide during the event. – Source

5. Bullying, child abuse, and stress causes children to age faster at a cellular level and leads to physical and mental health problems even decades later, including an earlier death. – Source

6. In Japan, there’s a communal event called ‘rui-katsu’ (tear-seeking). It’s when people get together to watch sad clips and then cry to relieve stress. – Source

7. Coloring books for grown-ups are a huge trend and publishers struggle to keep up with demand. The books have successfully been used to reduce stress, relieve anxiety and as rehabilitation aids for patients recovering from strokes. – Source

8. Firefighters would hide in Ground Zero rubble so that dogs could find “survivors”. Constantly not finding bodies was leading to high stress in the dogs as they thought they were failing. – Source

9. The smell of coffee reduces the stress caused by sleep deprivation and damage caused by stress. – Source

10. The lump you feel in your throat when you’re nervous or crying is an autonomic response to stress that expands the glottis in an attempt to provide you with more oxygen. – Source

11. It is possible to literally sweat blood. Under extreme emotional or physical stress blood vessels that feed sweat glands can rupture, causing the glands to exude blood. – Source

12. There exists a song composed solely for stress testing auto-pianos and is not remotely playable by humans – Circus Galop. – Source

13. A British bomb detection dog in Afghanistan died from the stress of seeing his handler shot. They had set a new record for bomb detections and the dog was awarded the equivalent to a Victoria Cross. – Source

15. Stress makes people perform badly because it takes up space in the ‘working memory’ making less memory available for performing the task at hand. – Source 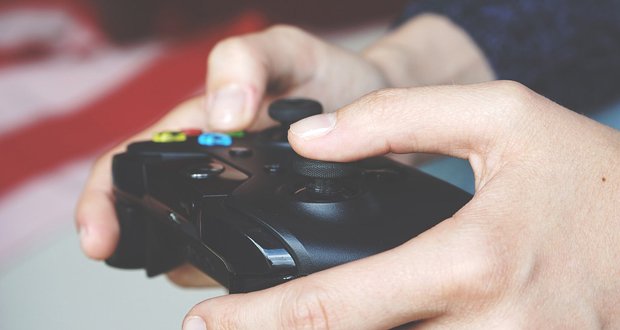 18. To prove that stomach ulcers were caused by bacteria and not stress, a scientist drank a beaker of the bacterium. He both developed stomach ulcers and won the Nobel Prize in Medicine. – Source

19. The 1998 movie Armageddon was shot and edited in only 16 weeks. A massive undertaking causing tremendous stress on everyone, especially the visual effects supervisor who had a nervous breakdown from how overwhelmed he was. – Source

20. 78% of former NFL players have gone bankrupt or are under financial stress, after only two years of being retired. – Source 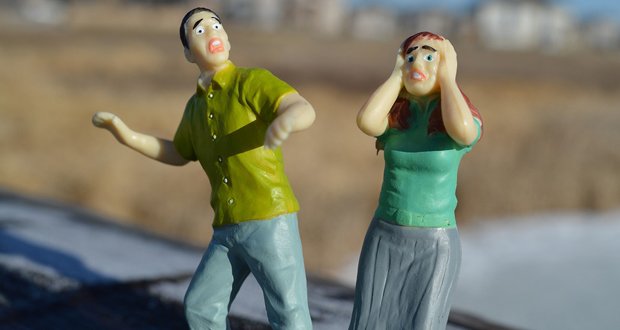 21. A prominent cause of divorce among older Japanese couples is “retired husband syndrome.” Doctors first described the syndrome when wives began showing stress symptoms when made to manage their recently retired husbands who have nothing to do but bark orders at them all day long. – Source

22. The sudden (seemingly overnight) onset of white hair due to stress is known as “Marie Antoinette Syndrome”, named after the ill-fated queen whose hair turned white the night before her walk to the guillotine. – Source

23. At Ben and Jerry’s Headquarters in Vermont, they have employees called K9-5ers. These are dogs employed by the company to reduce stress in the office. – Source

24. You can literally die of a broken heart; Broken heart syndrome, also called stress-induced cardiomyopathy can cause severe heart muscle failure and can be the result of the severe stress hormones released after serious emotional trauma. – Source