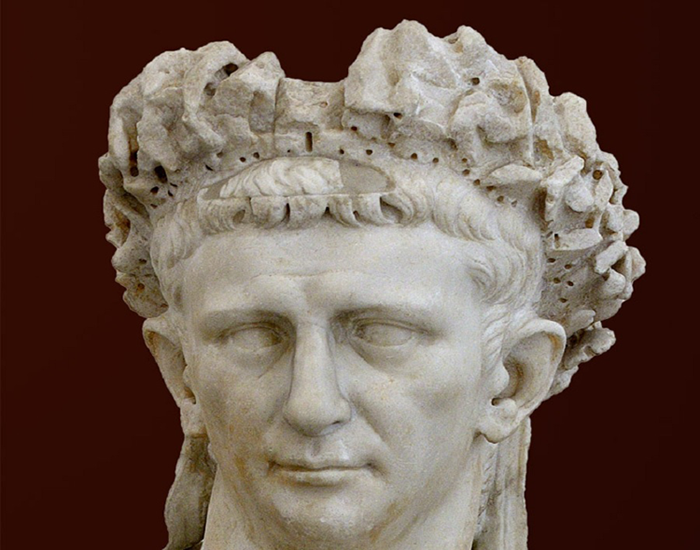 1. Claudius, a roman from a noble family, had severe disabilities and survived the assassination of his family because nobody thought he was a threat. Claudius became the Emperor after the death of Caligula, began the conquest of Britain, and is widely regarded as a great ruler of Ancient Rome. – Source

2. In Ancient Rome a slave would continuously whisper ‘Remember you are mortal’ in the ears of victorious generals as they were paraded through the streets after coming home, triumphant, from battle. – Source

3. Take-out restaurants existed in Ancient Rome, with service counters opening onto the street to pick up food. More than 200 existed in Pompeii, and most of its homes lacked dining or kitchen areas, suggesting that cooking at home was unusual. – Source

4. In Ancient Rome 1 pound of Tyrian purple dye cost 3 pounds of gold because it took 10,000 shellfish to produce 1 gram of it. – Source

6. Doctors in Ancient Rome used an early form of electrotherapy to successfully treat neurological conditions such as epilepsy and migraines. They administered the charges by placing electric torpedo fish on the patient’s head. – Source

7. Toilets in Ancient Rome were bad enough to warrant prayers to the Gods of fortune written on the walls. Problems included bursts of flame from the methane buildup, and biting creatures emerging from below. – Source

9. In Ancient Rome, if people wished to commit suicide, they applied to the Senate and, if their petitions were approved, were given free hemlock. – Source

10. In Ancient Rome, the architectural feature called a “vomitorium” was the entranceway through which crowds entered and exited a stadium. The Latin word vomitorium derives from the verb vomitum which means “to spew forth”. – Source

11. There was a shrine so old in Ancient Rome named Lapis Niger that even the Ancient Romans couldn’t remember the meaning of it. – Source

12. In Ancient Rome, one of the most common cooking ingredients was called “laser”, from the silphium plant. It does not exist today: it was so delicious that it was harvested to extinction from its natural habitat in what is now Libya. We think that it probably tasted something like garlic. – Source

13. In Ancient Rome during funerals, a person called Archimime would walk behind the deceased and imitate the person like they were still alive. – Source


14. In Ancient Rome the punishment for killing one’s father was to be drowned in a sack along with a viper, a dog, and a rooster. – Source

15. In Ancient Rome, a gladiator was only someone who fought against other men. If you were in the arena facing wild beasts, you were called a bestiarii. There were two types of bestiarii: those condemned to die in such a manner, and those doing it voluntarily, for pay or for glory. – Source

16. The highest ranking and rarest military decoration in Ancient Rome was a crown made of grass. It was awarded to officers whose actions saved an entire legion, or an entire army, and was made up of only grass, wheat, and flowers. – Source

17. The Latin phrase libra pondo was used in Ancient Rome to indicate weight, which is why today the abbreviation for “pound” is “lb.” – Source

18. In Ancient Rome, after a person pooped, a communal sponge was used to wipe. The sponge was then rinsed in a bucket of salt water before being used by the next person. – Source

19. In Ancient Rome, urine was a taxed commodity due to its value as a cleaning product. – Source

20. In Ancient Rome a toga was the equivalent of a suit today, mainly used for doing business, religious rites or going to court. – Source

21. Women in Ancient Rome wore the sweat of Gladiators to improve their beauty and complexion. – Source

22.  The average recorded age at death for the slaves of the Ancient Rome was extraordinarily low: seventeen and a half years (17.2 for males, 17.9 for females). – Source

23. In Ancient Rome women would drink turpentine to make their urine smell sweet, like roses or violets. – Source

24. In Ancient Rome, Professional Mourners were paid sad people who would rip out their hair and scratch at their faces. Having many of them signified great wealth, and the Roman government eventually had to impose limitations on how many the deceased person could have. – Source

25. Ancient Rome briefly had a population of 1 million around 200 AD. No other western city would reach 1 million residents for 1600 more years. – Source