26. Archaeologists excavating a Roman city found remains of close to 100 infants who were smothered and cast into a sewer that ran beneath a brothel. It believed infanticide was a widely used method of limiting family size in Ancient Rome. – Source

27. In Ancient Rome, the “Traditors” were Christians who betrayed other Christians to Roman authorities. It’s from these people that we get the words “traitor” and “treason”. – Source

28. In Ancient Rome, whole pigs were stuffed with sausages and fruit, roasted and served on their feet. They were split open and its “guts” would spill in front of diners. They were called Trojan Pigs. – Source

30. In Ancient Rome, apartment buildings were common and could be up to 9 stories high. While the upper stories were more cramped and the rent was less expensive, the lower floors were more spacious and could have running water, lavatories, and heating. – Source

31. The yin-yang symbol was first used in Ancient Rome, not China. – Source

32. In Ancient Rome prosecutors that brought false accusations to court and then lost, would be branded on their forehead with a K. – Source

33. The inhabitants of Ancient Rome had a sewer goddess, a toilet god, and a god of excrement. – Source

34. Many ancient societies were accepting homosexuality. In Ancient Greece and Ancient Rome, homoerotic practices were widely present and integrated into religion, philosophy and military culture, and in Ancient China bisexuality was a norm. – Source

35. Dormice were considered a delicacy in Ancient Rome and still are in parts of Croatia. – Source 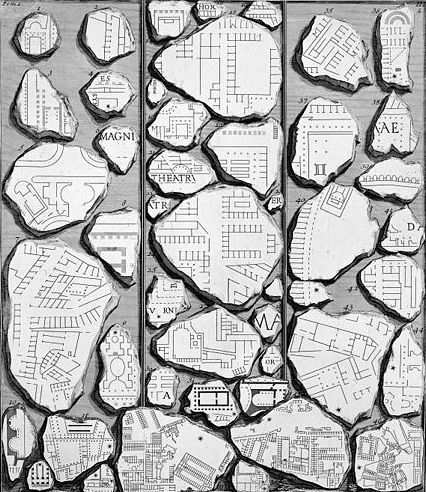 36. There is a massive marble map of Ancient Rome that scholars have been trying to piece together for centuries. – Source

37. In Ancient Rome, there was a festival in which two young men would sacrifice a goat, smear its blood on their head, strip naked, put on a thong made from the skin of the goat, and then run around the city hitting any woman they saw. This was thought to promote fertility. – Source

38. Ancient Rome’s Vestal virgins were charged with keeping the sacred hearth lit. Bound to chastity, as sex with a citizen was considered incest for them, they would be buried alive in the “Evil Field” if found guilty of being unchaste.- Source

39. Ancient Rome had 5 emperors known as “The 5 Good Emperors”. One historian said they were good because of their benevolent dictatorship style. “the Roman Empire was governed by absolute power, under the guidance of wisdom and virtue”. – Source

40. In Ancient Rome, for particularly grievous offenses by public figures, the Roman Senate would pass a sanction of “Damnatio Memoriae”, literally an order to erase that person from history.  – Source

41. Ancient Roman aqueducts were so advanced that they supplied Rome with more than 230 million gallons of running water each day. – Source

42. In Ancient Rome, the middle finger was called the ‘digitus impudicus’, which translates as the ‘offensive/indecent finger’. – Source

43. Ancient Rome had professional magicians for hire. For a fee, they would create love potions, curse rivals, and prepare magically based legal defenses in the law courts. – Source

44. “SPQR” – an initialism for the motto of the ancient Roman Republic and Empire, and commonly found in its ruins and artifacts – is still inscribed on manhole covers in modern Rome. – Source

45. Christianity was considered Atheism in Ancient Rome because it was not a state supported religion. – Source