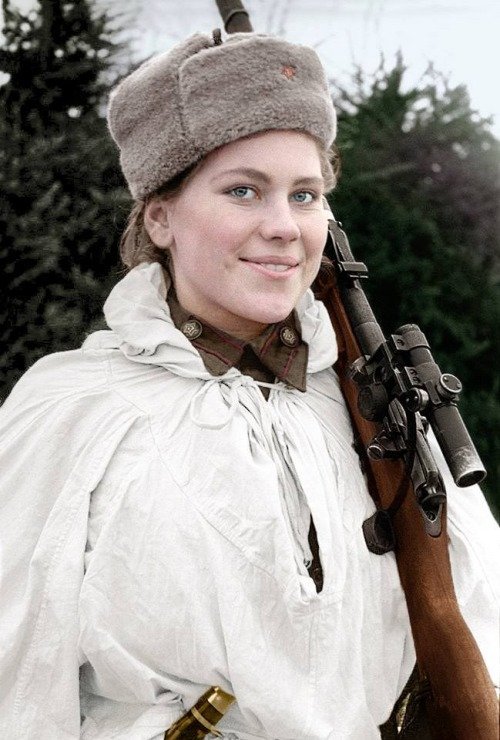 Roza Georgiyevna Shanina was a Soviet sniper during World War II who was credited with fifty-nine confirmed kills, including twelve soldiers during the Battle of Vilnius. Shanina volunteered for the military after the death of her brother in 1941 and chose to be a marksman on the front line. Praised for her shooting accuracy, Shanina was capable of precisely hitting enemy personnel and making doublets (two target hits by two rounds fired in quick succession).

In 1944, a Canadian newspaper described Shanina as “the unseen terror of East Prussia”. She became the first Soviet female sniper to be awarded the Order of Glory and was the first servicewoman of the 3rd Belorussian Front to receive it. Shanina was killed in action during the East Prussian Offensive while shielding the severely wounded commander of an artillery unit. Shanina’s bravery received praise already during her lifetime, but came at odds with the Soviet policy of sparing snipers from heavy fights. Her combat diary was first published in 1965. 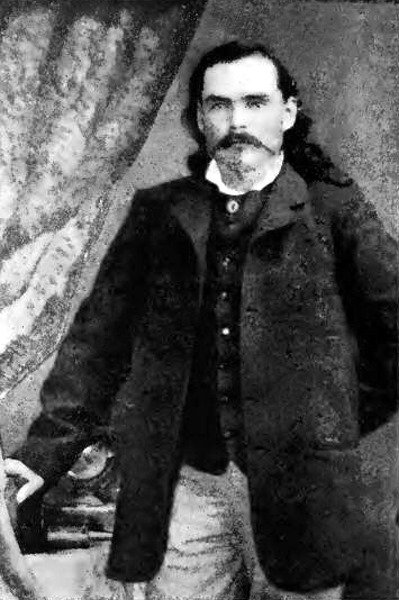 William “Billy” Dixon was an American scout and buffalo hunter active in the Texas Panhandle. He helped found Adobe Walls, fired a legendary buffalo rifle shot at the Second Battle of Adobe Walls, and for his actions at the “Buffalo Wallow Fight” became one of eight civilians ever to receive the U.S. Medal of Honor.

Dixon led the founders of Adobe Walls to the Texas Plains, where he knew buffalo were in abundance. The group of 28 men and one woman occupied the outpost of five buildings 15 miles northeast of Stinnett.

The outpost was attacked on June 27, 1874 by a band of 700 to 1200 Indians, and that is when Dixon went into the history books for firing “The Shot of the Century” which effectively ended the siege. Although Billy Dixon states in his biography that it was a “scratch shot”, he is still honored to this day with competitions in England and the US which attempt to match his skill.

The stand-off continued into a third day, when a group of Indians were noticed about a mile east of Adobe Walls. It is said that Dixon took aim with a quickly borrowed .50-90 Sharps (as, according to his biography, he only had a .45-90 Sharps and felt it could not reach) buffalo rifle and fired, knocking an Indian near Chief Quanah Parker off his horse almost a mile away on his third shot. The Indians then left the settlement alone. Commemorative “Billy Dixon” model reproduction Sharps rifles that supposedly recreate the specifications of Dixon’s famous gun are still available today. 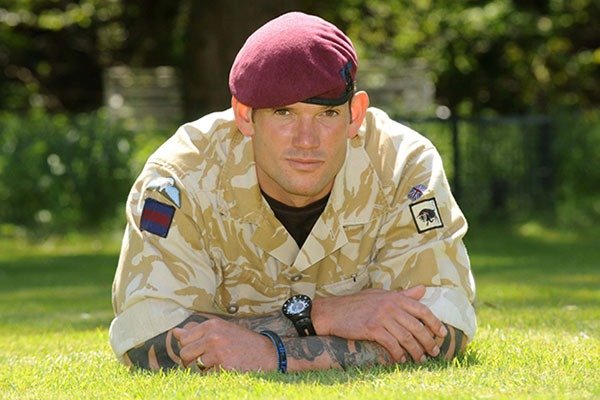 Craig Harrison is a former Corporal of Horse in the Blues and Royals, a cavalry regiment of the British Army, and as of November 2009 holds the record for the longest confirmed sniper kill in combat, at a range of 2,475 m (2,707 yd). This exceeds the previous record of 2,430 m (2,657 yd) set by Rob Furlong in 2002.This record was certified by Guinness World Records.

He claimed the record when he hit 2 Taliban machine gunners with shots that took 6 seconds to reach their targets. 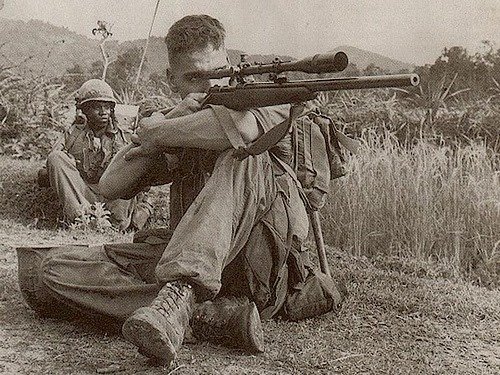 Carlos Norman Hathcock II was a United States Marine Corps (USMC) sniper with a service record of 93 confirmed kills. Hathcock’s record and the extraordinary details of the missions he undertook made him a legend in the U.S. Marine Corps. His fame as a sniper and his dedication to long-distance shooting led him to become a major developer of the USMC Sniper training program.

He was honored by having a rifle named after him: a variant of the M21 dubbed the Springfield Armory M25 White Feather, for the nickname “White Feather” given to Hathcock by the North Vietnamese Army (NVA).

Hathcock himself estimated that he had killed between 300 and 400 enemy personnel during his time in Vietnam.

The North Vietnamese Army placed a bounty of US $30,000 on Hathcock’s life for killing so many of their men. Rewards put on U.S. snipers by the NVA typically ranged from $8 to $2,000. Hathcock held the record for highest bounty and killed every Vietnamese marksman who sought him to collect it. The Viet Cong and NVA called Hathcock Du kích Lông Trắng, translated as “White Feather Sniper”, because of the white feather he kept in a band on his bush hat.After a platoon of Vietnamese snipers was sent to hunt down “White Feather”, many Marines in the same area donned white feathers to deceive the enemy. These Marines were aware of the impact Hathcock’s death would have and took it upon themselves to make themselves targets in order to confuse the counter-snipers.

One of Hathcock’s most famous accomplishments was shooting an enemy sniper through the enemy’s own rifle scope, hitting him in the eye and killing him. Hathcock and John Roland Burke, his spotter, were stalking the enemy sniper in the jungle near Hill 55, the firebase from which Hathcock was operating, southwest of Da Nang. The sniper, known only as the “Cobra,” had already killed several Marines and was believed to have been sent specifically to kill Hathcock. When Hathcock saw a flash of light (light reflecting off the enemy sniper’s scope) in the bushes, he fired at it, shooting through the scope and killing the sniper. Surveying the situation, Hathcock concluded that the only feasible way he could have put the bullet straight down the enemy’s scope, through his eye, would have been if both snipers were zeroing in on each other at the same time and Hathcock fired first, which gave him only a few seconds to act. Given the flight time of rounds at long ranges, the snipers could have simultaneously killed one another. Hathcock took possession of the dead sniper’s rifle, hoping to bring it home as a “trophy”, but after he turned it in and tagged it, it was stolen from the armory.

A female Viet Cong sniper, platoon commander and interrogator known as “Apache” because of her methods of torturing U.S. Marines and South Vietnamese Army (SVA) troops and letting them bleed to death, was killed by Hathcock. This was a major morale victory as “Apache” was terrorizing the troops around Hill 55.

Hathcock only once removed the white feather from his bush hat while deployed in Vietnam. During a volunteer mission days before the end of his first deployment, he crawled over 1,500 yards of field to shoot a high-ranking NVA officer.He was not informed of the details of the mission until he accepted it. This effort took four days and three nights, without sleep, of constant inch-by-inch crawling.

Hathcock said he was almost stepped on as he lay camouflaged with grass and vegetation in a meadow shortly after sunset.At one point he was nearly bitten by a bamboo viper, but had the presence of mind to avoid moving and giving up his position.As the officer exited his encampment, Hathcock fired a single shot that struck the officer in the chest, killing him. 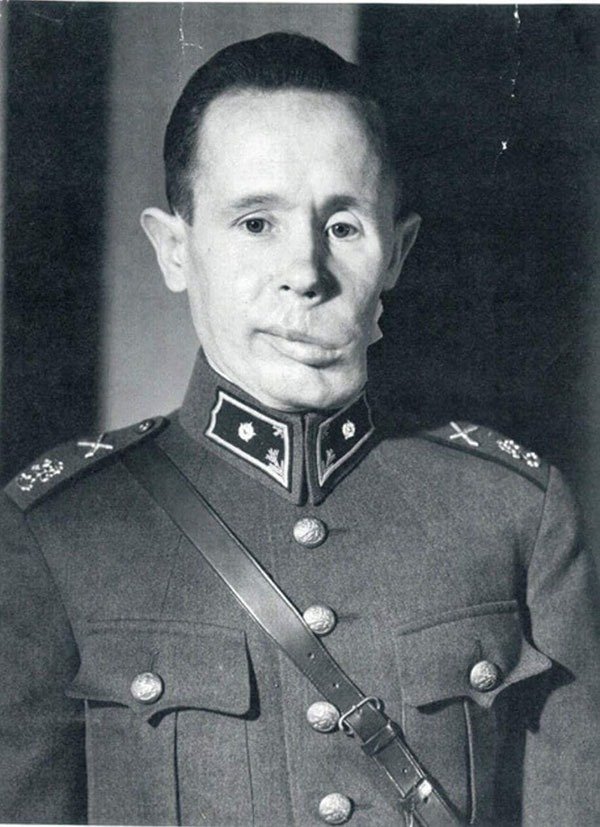 Simo Häyhä, nicknamed “White Death” by the Red Army, was a Finnish marksman. Using a Finnish M/28-30 rifle (a Finnish variant of the Mosin–Nagant rifle) in the Winter War, he is reported as having over 500 kills. He helped defend Finland from the Soviets during World War II.

Simo Hayha’s involvement in the Winter War was very extraordinary. With his Mosin-Nagant M91 rifle, he would dress in white winter camouflage, and carry with him only a day’s worth of supplies and ammunition. While hiding out in the snow, he would then take out any Russian who entered his killing zone. Hayha preferred to use iron sights on his gun instead of scopes, as scopes had a tendency to glare in the sunlight and reveal his position. While he may sound like an ordinary sniper, this was far from the case: over the course of 100 days during the winter he racked up over 500 kills, earning him the nickname “The White Death”.

The Soviets feared him so much that they mounted numerous counter sniper and artillery attacks to get rid of him, all of which failed miserably. However, on March 6th, 1940, he was hit in the jaw by an explosive round from a counter sniper. He fell into an 11-day coma, awakening on the day that the war ended.