The corporate world has been there since mankind became civilized and businesses started getting established. This was when the suit and tie guys were introduced. A corporation is an organization that is given the legal rights to act as a single body and be recognized as such under the eyes of the law. And because they say two good heads are better than one, all corporations always enlist the services of finance managers and business strategies to help the business meets its goal and grow.

To err is human, or so the famous saying goes and the same have happened in businesses where they have made grave errors that cost them dearly. Some of these fates were brought upon them by a singular decision, some by the collective decision and some just random bad luck.

Below is a list of five blunders that have been endured by corporations in the last ten years.

1. America Online was an American web portal and online services based in New York City while Time Warner was and still is in a mass media service provider. As of 2000, America Online was worth 108 billion and Time Warner had an estimated worth of 111 billion dollars. In February 2000, a merger was proposed between these two companies. At this time there was excitement surrounding this merger because merging television and the internet sounded like a match made in heaven. Unfortunately, this was not the case as the business started plummeting immediately after the merger. This was due to cultural clashes and differences in management and by the time they split in 2019 they had a combined net worth of 40 billion dollars which was less than either of their previous net worth. 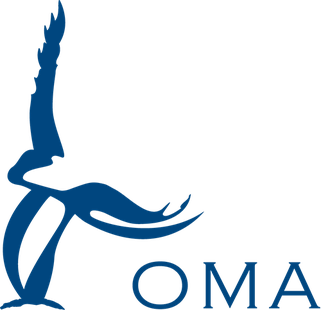 2. One of the biggest mistakes that occur in business is management blunders. An example of one of those is how Nebraska’s Eppley Airfield handled the Dave Carroll broken Guitar issue. David Carroll traveled to Nebraska’s Eppley Airfield in 2008 where he found his guitar broken in the course of the flight. A few days later he filed a complaint asking for a replacement and was denied by the management. This was a dumb move on their part because nine months later he posted a song on YouTube trashing them. This generated about 15 million views and prompted an apology from the United Airlines managing director. But by then it was a little too late as their image was tarnished and they lost sales by the millions.

3. The power of zero, in 2006 Alitalia Airlines lost about 8 million dollars due to an omission of two zeros. The Italian airlines mistakenly charged a business class flight ticket from Toronto to Cyprus 39 dollars instead of the 3,900 dollars. They sold about roughly 2000 tickets. Although their management initially planned on canceling those tickets, they finally decided to honor those that bought the 39 dollar tickets. But you can bet your bottom dollar that someone was fired over that.

5. Market target and the right form of exposure is very important to every startup business and eBay learned this the hard way. eBay was introduced in the Chinese markets in 2003 where Alibaba Express was the leading online shopping platform. eBay was fast-rising and in no time started locking horns with its competition, Alibaba Express. Alibaba dealt with this by allowing users to advertise products on their site for free while eBay increased charges. They spent about 100 million dollars on campaign ads and blocking access to most of Alibaba Express ads instead of using the obvious choice, television ads. This cost a very steep fall in eBay’s users and they lost a lot of money in the process. Today Alibaba has a net worth of 480 billion dollars and eBay has a net worth of 42 billion.