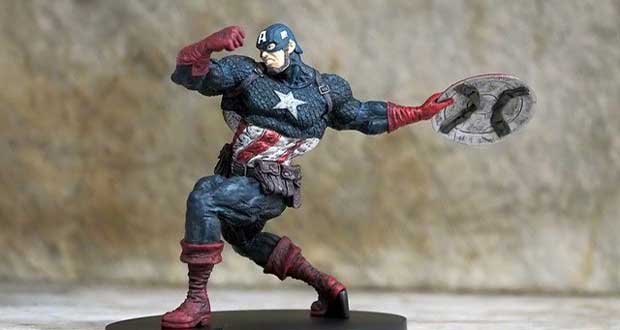 The Marvel universe is popularly known for birthing classic and all-time favorite superheroes such as Spider-Man, Captain America, Iron Man, The Hulk and much more. It has a broad range of characters from diverse groups, each with a solid and captivating background story. You can’t help but get invested and emotionally attached to all the characters – including the villains.

Although the marvel universe already has a collection of awesome superheroes, we can’t help but suggest some new characters that we feel would be a great addition to the family.

Below is a list of 5 marvel characters that probably should exist:

Weakness: None discovered yet

James was born in Central city, California to billionaire Benjamin and Rose McCain. His parents died during one of Victor Von-Doom’s attack which created a psychological dread for him and caused intense hatred towards his now nemesis. At 21, he obtained degrees in Engineering, Maths, Biology, and Physics. With the singular aim to destroy Von-Doom, he started working alongside Reed Richards, funneled his ideas into Reed’s project hence creating cosmic weapons with large scale attack powers. Reed advised him to avoid being blinded by hate as it prevents him from seeing the bigger picture; he left to start up a solo experiment on solar energy. During this experiment, an accident occurred; he got caught in the explosion which gave him mutant powers and amplified his cells to immeasurable power levels. After many years, he defeated Von-Doom and discovered a new purpose – to become an Avenger.

Weakness: No helmet = No powers

Sophie was born into a loving family; her mom was a nurse and her dad an archaeologist. Sophie was her dad’s favorite as she never left his side even during work. At age 20, she was completely absorbed with her dad’s job. On a special day, her dad invited her to see the family heirloom that has been passed down for generations. It was a greek helmet, Sophie soon found herself being drawn to it. On that very day, a group of scavengers attacked her home and killed her family; she was protected by the helmet that turned her into an Enchantress with powerful sorcery. After a few months of intense research, Sophie picked up the helmet for one thing alone… to defend the helpless.

Zagreus, the son of Hades and Persephone, was sent to the surface world from Tartarus to help gather intel and wage war on the human world. Zagreus who got trained by the military somehow found his way deep into Shield and fell in love with humans. He rebelled against his mission and fought with humans against his kingdom. He was soon recruited by Shield and became the hero who saved the world.

Alex had life rough since he was born into the family of Rekwi and Sarah Nfo. Growing up in Africa was definitely not easy. Alex worked his way to school to study history which sparked some interest in archaeology. He was investigating an Egyptian goddess vessel and mistakenly smashed it. Isis instantly appeared to him and said: ”You shall atone for your sins by becoming my devoted servant, delivering justice upon my enemies”.

Adam was a normal yet curious kid exposed to cosmic rays when an asteroid landed a few meters from his home. Always wanting to be a superhero, he wasted no time in mastering how to use his newly gained powers and rid his city of crime. However, a new enemy arose, Red Honor, a man who was disgraced from the military due to his corrupt ways. After years of battling, G-force defeats his enemy with the aid of some new hero friends – Dark mage and Wonder man. Reed Richard once examined Adam’s body and said he had herculean strength and his speed is on par with Captain America and Black Panther.

November 12, 2019
Latest Posts
Did you know?
Loading...
Facts of the Day
Registration is disabled.