01. A Dad finds a Wonderful Use for Restaurants’ Leftover Crayons 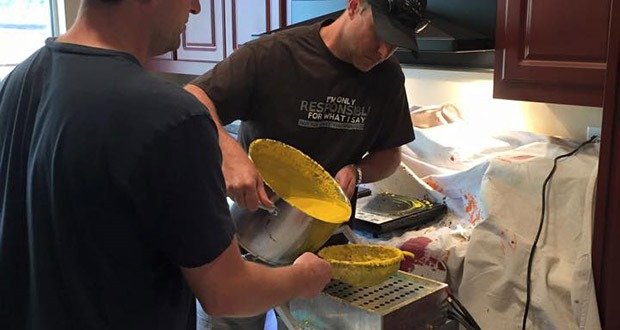 In 2013, Bryan Ware founded The Crayon Initiative, a nonprofit organization that repurposes old unusable crayon wax into new crayons and distributes them to children’s hospitals across California. First, Ware collects old crayons from restaurants, schools and acquaintances. He separates them by color, melts down the wax and molds the melted wax into new crayons. Next, Ware puts the melted wax into a one-of-a-kind crayon mold. The mold, which is large and triangular rather than small and circular, was specifically designed with help from an occupational therapist to be easier to grip for small children and kids with special needs. The company then puts the new crayons in boxes and delivers them to children of all ages who are in the hospital for any reason. So far, The Crayon Initiative has donated more than 2,000 boxes of crayons to children’s hospitals.

02. A California Moving Company Will Move Domestic Abuse Victims At No Cost 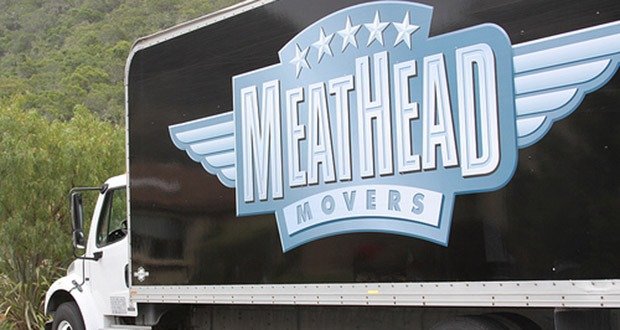 Meathead Movers, a moving company based in central California, has partnered with domestic abuse non-profit organization Good Shepherd to help victims escape their situations. Meathead Movers will work directly with the nonprofit to identify the abusive situations and provide moving services at no cost. Not only do these services help the victims of domestic abuse but they directly impact Meathead employees — consisting of predominantly young men who believe that real men don’t hit women, real men help those in need. 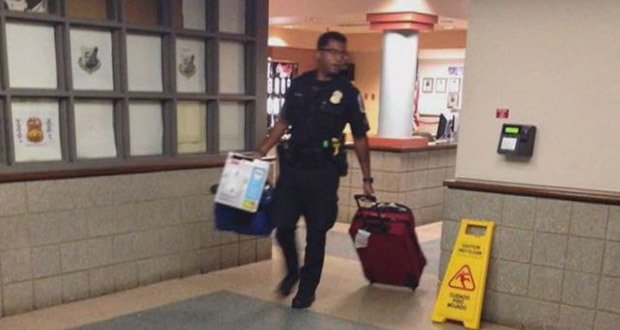 A hungry, homeless mother, who said she was a victim of domestic violence, took her one-year-old daughter to the lobby of a Maryland police department last week because she had nowhere else to go. Cpl. Che’ Atkinson changed that. Atkinson rented the woman and her child a hotel room and brought them food and drinks, an act of kindness that was covertly documented by one of Atkinson’s superiors and shared by thousands on Facebook. As of Monday afternoon, the Prince George’s County Police Department’s post had garnered more than 14,000 likes and nearly 3,500 shares since it was written on Aug. 28. 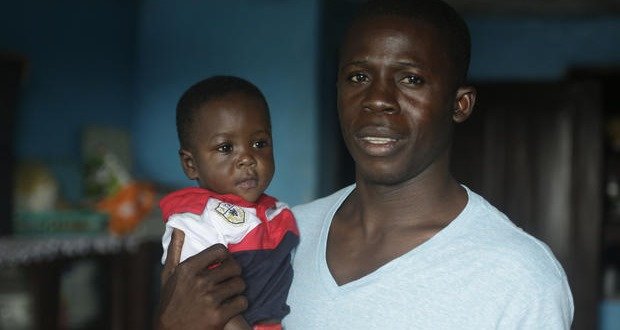 When 19-year-old mother arrived to the Ebola holding center with her newborn son in Sierra Leone, the child’s father was gone, and she had no family to help her. She knew she was dying. Nurse Donnell Tholley, 25, had seen hundreds like Fatu Turay in his work at Ebola clinics around the country. He knew to keep his distance. Most patients would not make it, and any emotional connection would make the work even harder. But taken by her plight, he stopped to ask the name of her baby, who was just over a week old. He grabbed a scrap of paper, wrote down his name and phone number, and gave it to her. About a week later, he received a phone call from a number he didn’t recognize. By the time he got to the treatment center, her body had already been removed for burial. The baby boy was nowhere to be found. . In the nurses’ hands, though, was the sheet of paper with Tholley’s information on it; Fatu Turay had clutched it as she lay dying, alone. Baby Turay, now only about 2 weeks old, was brought to a hospital in the capital, free of Ebola but still fighting for his life. Tholley eventually located the boy and went to see him. With his family’s support, Tholley decided to adopt the boy.

05. Chris the sheep is finally free from his oversized coat! 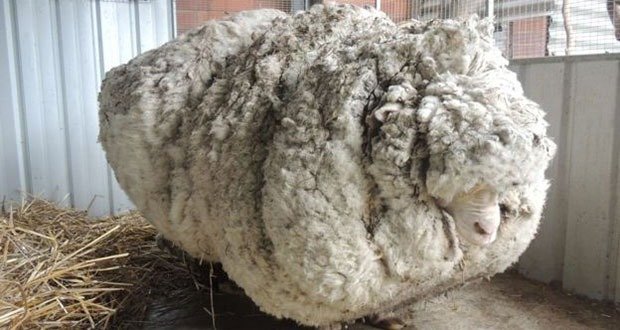 An overgrown Australian sheep affectionately named Chris has set a new unofficial world record following a hair cut from five shearers. Welfare crews warned it risked death because it was so woolly from living in the wild for several years. More than 40kg (88lb) of wool was removed in what is being said is the heaviest wool haul from one shearing. National shearing champion Ian Elkins was urgently called in on Wednesday to tackle the mammoth merino. Mr Elkins described Thursday’s marathon sheering session as one of his biggest challenges, saying he had never seen anything like it in 35 years of work. Chris the sheep strayed from his flock about five years ago and grew a fleece that was about five times the normal size.