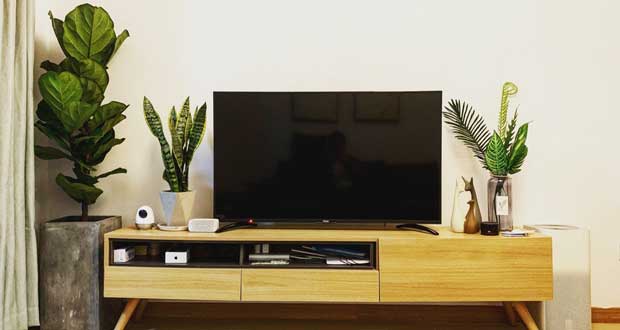 What’s over 90 years old and looking better than ever? Unless your nan appears in 4k, it’ll have to be the TV.

The first television station began broadcasting in 1928. Since then, the medium has grown in ways early broadcasters could never have even imagined. Continual improvements and innovations have expanded the possibilities of what television can offer.

The development of the television broadcast came in a series of discoveries. It didn’t just spring out full-form, but instead was an ongoing process.

An inventor from Germany named Paul Nipkow was the first person to broadcast black and white static. He did this in 1884. 16 years later, a Russian scientist by the name of Constantin Perskyi coined the term television. He presented this concept as a means of transmitting visual information.

However, it wasn’t until 1928 that the promise was fulfilled. Technological developments, including the tube amplifier in 1907, helped push the technology over the decades but remained too sophisticated for mass production.

Then, in 1928, WRGB in Schenectady, NY began broadcasting TV signals into American homes, signaling the age of television.

The world today is a connected one. People worldwide are glued to screens for information, entertainment, and communication. With this has come concerns about what effect this is having.

Would you be surprised, then, to learn that this concern isn’t a new one? In fact, one of the pioneers of TV had the same concerns about his children’s viewing habits.

Philo Farnsworth was the man behind the all-in-one transmitter, receiver, and projector unit. In short, he compiled the components necessary for a singular TV appliance.

He also didn’t want his own kids watching it. His quote: “There’s nothing on it worthwhile, and we’re not going to watch it in this household, and I don’t want it in your intellectual diet.”

What was the first thing the broadcast when they resumed operations in 1946? A repeat of that same cartoon.

But this isn’t a new innovation. Sony introduced the Watchman FD-210 in 1982. It was a 5cm grayscale TV that could fit in your back pocket. Unfortunately, over-the-air signals were too low a quality to make it an attractive option.

5. Rise of the Home Theater

While smart devices have accustomed people to smaller screens, home entertainment units have gone the other way. They’ve brought the theater experience into the home.

With screens reaching beyond the 100-inch mark, televisions promise is clearer than ever. One can truly get lost in the immersive experience of TV.

Final Thoughts on Facts About Television

Fewer innovations have had a greater impact on culture than television. It’s unified experiences, shared information, and entertained on a global scale.

The above facts about television just scratch at the surface of TV’s great history. For more information, visit our Movies and TV blog.

September 15, 2017
Latest Posts
Subscribe to Blog via Email
Did you know?
Loading...
Facts of the Day
Registration is disabled.