2. In Rwanda, plastic bags are illegal and carry with them a 100-$150 fine. In fact, at airport customs all plastic bags are confiscated which has resulted in Rwanda is one of the most litter-free countries in Africa. – Source

3. Genoa Airport in Italy makes one exception to the 3 ounces of liquid rule for pesto, which goes through a special pesto scanner. – Source

4. An airline pilot ordered 30 pizzas for his passengers, after finding out they would be delayed 2 hours for weather. The pizzas were delivered within 30 minutes by Domino’s and were cleared by security and sent directly to the plane in an official airport vehicle. – Source

5. O’Hare airport is named after an American fighter pilot who was the lone defender during an attack on his carrier, then was killed leading the first night defense against a Kamikaze attack. Two years earlier, his own father was murdered for being the only man willing to testify against Al Capone. – Source 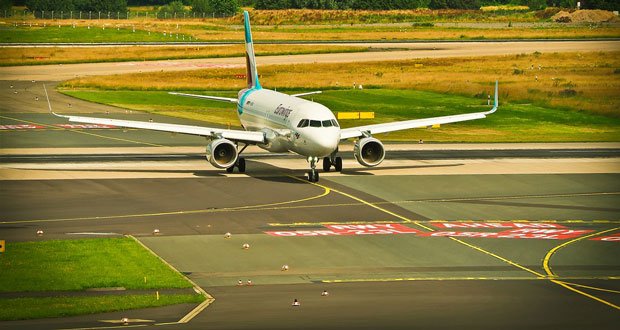 8. Houston Airport received many complaints about baggage wait times. In response, they moved baggage claim further away so the walk was longer than the wait. The number of complaints dropped. – Source

9. Denver International Airport (at 53 sq miles) is larger than Manhattan, San Francisco, and Miami and is the 2nd largest airport in the world. – Source

10. During the peak of Ebola news in 2014 people started to avoid Liberia Airport in Costa Rica thinking that it was the country in Africa. – Source

11. Yugoslavia spent $6 billion constructing an underground airport that can withstand a direct strike from a 20 kiloton nuclear warhead. – Source

12. There is a store in Alabama where you can buy items found in unclaimed airport items of baggage. – Source

13. A Boeing 727 aircraft was stolen out of an airport in 2003. Neither the plane nor the two men aboard were ever found. – Source

14.The toilets at Amsterdam’s Schiphol Airport pass the white-glove test. A realistic looking housefly is painted inside the men urinals so that men will aim at the fly and try to wash it down the drain. The fly-in-urinal research found that the etching reduced spillage by 80 percent. – Source

15. San Francisco International Airport is essentially built on top of 267 ball bearings whose support columns are capable of moving 20 inches any direction during an earthquake. – Source

16. Students use the Conakry International Airport parking lot lights to study as it is one of the few illuminated public places in a country that only 5% has access to electricity. – Source

18. There is a library in Estonian Airport, where you can borrow books for your trip and the whole thing operates off an honor system. – Source

19. Some Colorado airports have marijuana amnesty boxes for passengers who want to dispose their medicine before a flight. – Source

21. The Tijuana International Airport in Mexico lies along the US border and even includes a terminal on the US side, making it the only airport to have terminals in two countries. – Source

22. Schiphol Airport sends Heathrow a cake when a delay in its expansion occurs as a thank you for helping their own airport increase numbers. – Source

23. Only 8 pilots are certified to land at Paro Airport, Himalaya. It’s considered the most challenging airport to land at in the world. – Source

24. Less than 30% of Chinese airspace is available for commercial use, compared to over 80% in the US. This is one of the main reasons why Chinese airports see so many delays and cancellations each day. – Source

25, Carrying Arabic flashcards is considered a valid reason for arrest in a US airport. – Source

25 Uplifting Headlines of the Week - Part 60