1. There is a law in Arizona called the “Stupid Motorist Law” that allows the state to fine drivers for their rescue if they drive around barricades or signs and get stuck in flooded roadways. – Source

2. Arizona lost its chance to host the 1990 Super Bowl after its voters refused to make MLK Jr. day a state holiday. – Source

3. Arizona started issuing licenses that were good until age 60. Starting at 65, drivers must renew every five years, with a vision test each time. – Source

4. There is a biker gang from Arizona who help keep child abuse victims safe while the child’s abuser is prosecuted, including guarding their houses at night if a person is not yet in jail and attending court with the child, shielding them so they don’t have to look at their abuser. – Source

6. Best Buy removed the fighting video game “Primal Rage” from its shelves after an Arizona woman complained that her 11-year-old son had faithfully portrayed one of the game’s gorilla-like character’s “golden shower/urination” fatality move. – Source

8. “Anthill garnets”, small gemstones, are mined by ants in a few places in Arizona. Ants find the garnets while digging their anthills, drag them out, and discard them on the surface. – Source

9. A former Governor of Arizona, aged 96, was detained by the US Border Patrol because his pacemaker set off radiation detectors. – Source

10. The U.S. Post office delivers mail to the people of Supai, Arizona by the only way possible i.e. by mule. – Source 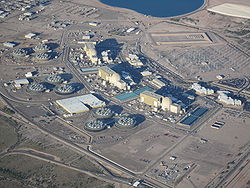 13. A guy in Arizona wrote his address on $1 bills pleading they be sent back to him & gets them back from all over the world, up to $94/month. – Source

14. The first McDonald drive-thru was opened near a military base in Arizona “to serve soldiers who weren’t permitted to get out of their cars while wearing fatigues.” – Source

15. There is a near-abandoned Flintstones-themed campground and amusement park in Arizona, about 30 minutes from the Grand Canyon, complete with year-round camping and a “Bedrock Theater” that plays Flintstones cartoons. – Source 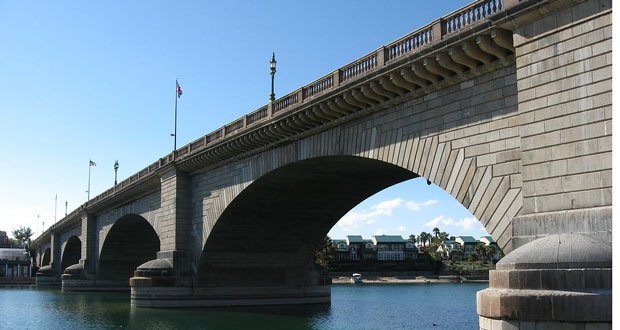 18. The town of Why, Arizona was originally to be named “Y” because two major highways, State Routes 85 and 86, originally intersected in a Y-intersection but the state requires at least 3 letters in its city names. – Source

19. In Arizona, it is legal for any citizen to carry a gun, but it is illegal to carry nunchucks. – Source

20. Phoenix, Arizona has a similar latitude to the Ancient city of Carthage, which was a Phoenician city-state. People from Phoenix today are known as Phoenicians. – Source

21. The Hualapai Tribe in Arizona agreed to allow the builder of the Grand Canyon Skywalk to operate it for 25 years to recoup his $30 million investment. In 2012, just 5 years after it opened, the tribe seized control of the Skywalk. They lost in court and now must pay the builder $28.5 million. – Source

22. Practicing shooting in the desert in Arizona, David M. Grundman, 27, shot a giant saguaro cactus. The 7 meters tall plant got chopped off, crushing him to death. – Source

23. There is a 3.4-acre indoor Biosphere in Oracle, Arizona that researchers lived in for 2 years and 20 months to see what living on Mars would be like. There are 5 biome areas; a rainforest, ocean, wetlands, savannah grassland, fog desert, and agricultural system. As well as a human habitat. – Source

24. Saudi Arabia purchased a large chunk of land in Arizona just to grow hay and ship it back to their dairy farms. – Source

25. The eternal flame at Bullhead City, Arizona, only lasted until city officials received a US$961 gas bill. It has been relighted after complaints by veterans groups. – Source