We asked our regular contributors through e-mail, If they made a show called “White Mirror” that was about all the positive aspects of the human/technology relationship, what would be the plot of certain episodes? We got many interesting responses. Here are some of them. We have just copied and pasted their responses, not editing them in any way.

1. A teenager in Vietnam is killed by a landmine and his parents decide to donate his organs. One of the receivers of his organs learns about the donor just before they go to college, years later the receiver has completed the invention of technology that will quickly and effectively locate buried landmines.

2. A bed-ridden grandmother in the hospital is able to virtually attend her grandkids’ birthday parties and play with them every day.

My mother actually had a friend that we barely knew, but we accepted her Facebook friend request out of courtesy, and she absolutely gushes about seeing photos of our kids on Facebook. She sends them presents and cards, she knows what they like, we’ve even started having Facebook calls with her. She’s so warm and giving and gives them 100% of her attention, which is something parents just can’t do as often as kids would like. They’ll go running around the room holding the phone up to different things saying stuff like “Ruth it snowed! Look!” My wife got nervous yesterday because they took the phone outside to play in the snow and were having so much fun throwing snowballs at the phone. I told her to screw it if they break the phone doing something like that I’ll buy a new one. It’s worth it.

She’s like part of our family, and it’s all because technology initially allowed her to “passively” participate with us. The relationship grew organically over time the way relationships used to before the internet you’d see people frequently at work or at the store or in your neighborhood, over time have longer conversations, and ultimately grow to be friends. The same thing happened here: it started with a like or a comment here or there, then a couple messages, then a virtual birthday card, it enables people to remain in communication with so many more people passively when used correctly.

Our kids have never even met her physically, though. Her immune system is too delicate to accept visitors. But even through a 6″ screen, it’s like she’s really here. I can only imagine what it will be like when virtual reality lets them really be together.

3. Someone uses an app to get food delivered to them and they get a little bit more food than they ordered.

4. Jazz musician living in New Orleans nearly drowns during Hurricane Katrina. He survives, but he suffers a horrible ear infection from the toxic flood waters, which subsequently causes him to go deaf. Without music, the man falls into a great bout of depression and can hardly cope with life anymore. After nearly a decade of hopelessness and despair, the man drives to a nearby bridge with plans to jump and end it once and for all. On the way to the bridge, he gets a flat tire. A Good Samaritan stops and assists him with changing it. Turns out the Good Samaritan knows sign language, the two talk for a while and the Good Samaritan invites him to the lab he works at where he and a team of engineers are working on designing the first pair of Bone conduction headphones. Using the musician as a test subject, they successfully perfect the headphones, and the musician hears the sweet sound of jazz for the first time in ten years. His depression fades away, and the man becomes happier than he was before the incident.

And if the happy ending doesn’t work, then maybe he gets hit by a bus or something.

5. A lonely person finds a not horrible group of people with similar interests and eventually meets up with some of them in real life. 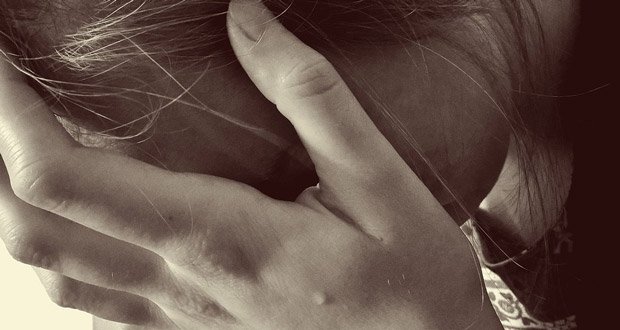 6. A daughter grows up video chatting with their dad who rambles on and barely lets her get and word in edgewise, giving loving advice and accolades and familial anecdotes, but who is absent at every major life event up to marriage and always apologizes.

She is accompanied to the altar by her mother.

Afterwards, the chat with dad has him in tears because he regrets more than anything missing walking her down the aisle because he passed away while Mom was pregnant.

7. There are these two old lesbians that fall in love in the 80s themed virtual reality simulation.

8. A dude who likes running loses his legs gets robot limbs.

A cookie being allowed to live in the world via an artificially made body.

Someone trying to find fulfillment in a world without a lot of worries over necessity. Eventually, they do.

9. Remember that episode of Futurama where Fry gets to go back and see his mom in her dream? That would definitely be the plot of one.

Here is that scene if you want to be hit with feelings.

10. The NSA agent tracking someone’s communication finds someone suffering and helps them out with money anonymously.