A long time ago, we asked our regular contributors through e-mail, What are the coolest psychology tricks that you know or have used? We got many interesting responses. Here are some of them. We have just copied and pasted their responses, not editing them in any way and most of the respondents have requested to stay anonymous, so no names will be published. 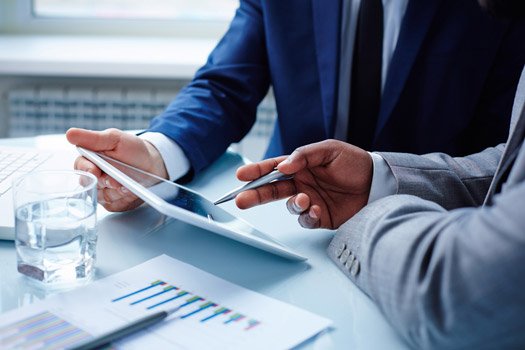 1. If you work with clients, prevent them from getting defensive and angry by not using the word “you”.

I take my time when I write emails to clients because I like to word things just right…one word can be the difference between a happy client and an unhappy one. The right words in the right order can influence people to make decisions you want them to make. Words are powerful.

2. If someone is talking or preoccupied, you can hold out your hand and they’ll give you whatever they’re holding. I did it to my sister with the car keys and made her think she lost them somewhere at the store.

3. You want someone you just met to like you? Ask them open-ended questions about themselves. Don’t wait for your turn to speak. Listen, and then ask a follow-up question based on what they said. If you do that a couple of times, that person feels heard and appreciated by you. If they realize they’re doing all the talking, they’ll apologize and ask a question of you. If your answer is short and pivots back into something they said, you have now formed a connection in their mind as a good listener who is interested in what they have to say. People like that a lot.

4. My favorite is silently maintaining eye contact when a person is attempted to bargain or convince you of something that you don’t want to do, or don’t believe.

They usually end up negotiating with themselves (which gives you a huge advantage because once that happens, it is pretty much game over).

5. Giving students in my elementary class the illusion of choice. If you ask “do you want to start your work?” Or “isn’t it time we got something done?” I modify it to-

“Would you like to do your assignment with a pencil or blue pen?” They are too consumed with this choice that they have forgotten that they didn’t want to do it in the first place.

Then change it to “can you tell me why you pushed him?”

6. The concept of getting something for free completely derails a person’s critical thinking skills.

My dad was tool distributor and drove a truck to various repair shops selling tools to mechanics.

He got an idea to start selling candy bars on his truck for one dollar. But you would get a free candy bar with every tool purchase.

Almost everyone who asked how much the candy bar was didn’t want to pay a dollar for one, but they would buy a $100 socket set in order to get the candy bar for free.

7. I used the “gray rock” method on my narcissist brother in law.

Basically, I made myself so dull and boring and the opposite of drama that he learned to avoid me at all costs. It worked like a charm, and only took 4-5 encounters to take effect.

8. Have a toddler that is in a bad mood? Sit down with them, look them straight in the eye, and say “You’re mad, so don’t laugh.” Just keep repeating it as seriously as you can.

I’ve done it for 15 different cousins over a couple of decades, and by the fifth repetition of “DON’T LAUGH” they are busting a gut and rolling on the floor.

9. In an argument speak softly. It forces active listening which leads to active thinking. When they are listening and thinking they are not yelling, arguing, or talking.

10. The Flinch. Whether you’re negotiating a raise, the sale price of a car you want to buy, who does what chores around the house, always flinch visibly at the first and sometimes second offers. The Flinch can be as simple as a small wince, a sigh, or an eye roll. The Flinch quite often causes people to lowball the initial offer. I learned this from my ex-husband and it freaking works. Got my current job at 10% over the max salary because I flinched.