We asked our regular contributors through e-mail, What are the strangest “house rules” you’ve seen in a person’s house? We got many interesting responses. Here are some of them. We have just copied and pasted their responses, not editing them in any way. 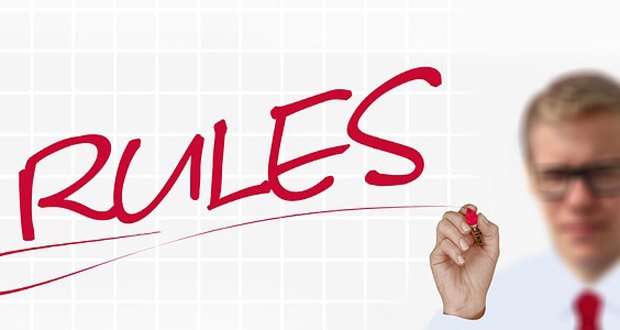 1. At one of my ex-girlfriend’s house on Christmas day, both myself and my girlfriend’s sister’s boyfriend were told to go down into the basement while the rest of their (extended and immediate) family opened presents. I had never met this guy before and we were the only two people down there, all because the older members of the family didn’t want “outsiders” to see what they had bought their relatives (did they think we were going to steal something?). There were something like 35 people in the house, so while I thought we would only be shunned for a few minutes, we ended up staying in the basement for two hours before my girlfriend called us back upstairs. Apparently, the guy I was stranded with had been there for multiple Christmas celebrations and was usually told to just go sit by himself. This was a normal thing for this family.

2. A friend of mine had a super mean and strict stepmother. Here are a few “rules” I can remember from her house.

She had to make her bed every day, but the dust ruffle had to be so many inches from the floor and even around the bed. The sheets and comforter had to be done just so. If it wasn’t she would come in and rip them all off the bed and make my friend redo it.

3. My step-grandmother does not let anyone under 16 (what she considers children) sit on her furniture, they have to sit on the floor. It should be noted that this rule didn’t apply to her biological grandchildren.

4. I babysat for a family that locked us in the house. I called my dad and he said if I felt trapped I could throw a chair through a window and he’d cover it no questions asked. Never babysat for them again.

5. Had a friend that had to go to bed at 7 pm every night, because that was the bedtime for his younger siblings. He was 14. His mom would flip out if he tried to stay awake any longer. 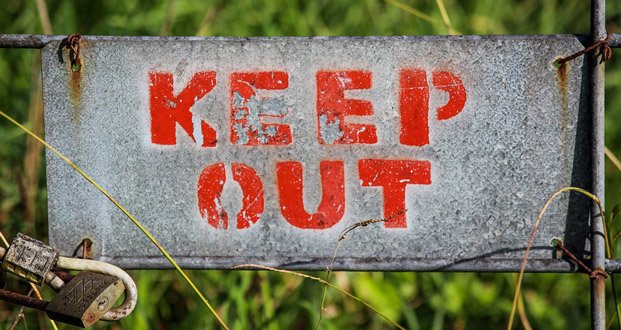 6. She wouldn’t actually let us into the house.

She threw a housewarming party and we were all excited about attending, but instead, she herded us all into her garage and locked us in there. There was a door in the garage that led into the kitchen that she would only unlock if someone wanted the bathroom. She would then escort the person to the toilet and stand outside the door until they were done, take them back to the garage and lock the door again. The garage was empty as well. Not even so much as a deck chair or box to sit on.

The guests did not stay long. I left in under an hour and the rest not long after. She was offended after she put so much “effort” into having us over.

7. No speaking above what was essentially a whispered volume. Girlfriend’s father considered loud talking (what the rest of us considered normal volume talking) to be “trashy”.

8. I landed a summer babysitting job when I was 15 or 16, and got yelled at because I took Cheetos, Doritos, and Pretzels and put them all in the same bowl. They were snack sized bags, and I’d eaten the whole bowl full, but there must’ve been “crumb evidence” for Sherlock Mom. She said, “We don’t mix our food in this house.” And then she fired me soon after because she said she wasn’t comfortable with me doing stuff like that around her kids.

9. I had a friend whose parents would lock her in her room at night. As in, the lock was on the outside of the door and once she was in for the night the door was locked and there was no leaving, even for the bathroom.

10. The parents of a girl I dated in high school had the rule of “After 5 or 6 (it varied, usually after dinner), lock yourselves in your rooms.” So for most of the night her and her little sister were just locked in their rooms, only allowed to leave to use the bathroom. Before bed, on a school night, they’d get called downstairs for any last things they needed before bed.

I never liked that family.