We asked our regular contributors through e-mail  What film from 1990 to the present day would you consider a modern classic that will be viewed as iconic in the future? We got many interesting responses. Here are some of them. We have just copied and pasted their responses, not editing them in any way. 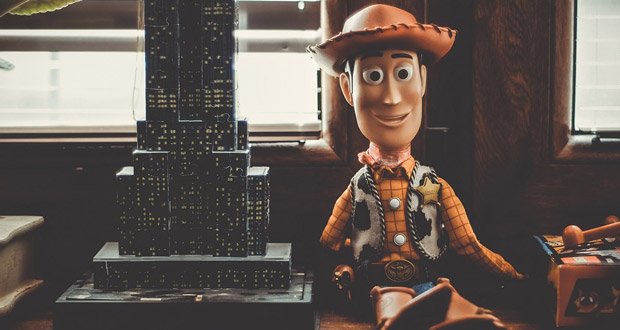 1. Toy Story will be held at the turning point for animation when 3D digital animation became mainstream and 2D animation began to diminish. It launched Pixar as one of the most successful studios in the world.

Christian Bale’s early work was a little too new wave for my tastes, but when American Psycho came out in 2000, I think he really came into his own, commercially and artistically. The whole movie has a clear, crisp look, and a new sheen of consummate professionalism that really gives the movie a big boost. His Bruce Wayne has been compared to Michael Keaton’s, but I think Christian has a far more bitter, cynical sense of humor.

4. The Truman Show. Way ahead of its time.

5. I can think of three, Saving Private Ryan, Forrest Gump, and The Matrix. Each of these made such an impact on me that I can’t imagine them fading from history in my lifetime anyway.

6. Comedies are hard to predict, but I think that The Big Lebowski and Groundhog Day will still be watched a long time from now.

7. Silence of the Lambs.

9. Lord Of The Rings trilogy. All 3 movies are masterpieces and they seem to age exceptionally well.

10. The Iron Giant. By and far one of animations greatest tragedies but even after its tepid box office turnout this films significance & accomplishments are not wholly lost. The acting is on point, the animation superb and its message isn’t hackneyed or cookie cutter while also managing to explore the hysteria and anxiety of Cold War America in a manner palatable for children but cognizant enough that older viewers don’t feel talked down to.

I’d highly recommend Why The Iron Giant Is A Tragedy Of Animation it goes into great detail on WB animation, development of the film and the hand its marketing played in its box-office turnout.