11. The Bowling Green Massacre. How has the world forgotten this

12. What happened with the “Save our girls” thing? The African warlord kidnapping schoolgirls for, I forget what. He also did the comical thing about cleaning these teeth with some kind of stick on videos.

Also did Sean Hannity ever get waterboarded for charity?

13. The JFK shooting. The papers were set to be released, people were so excited to start reading it and then I didn’t hear anything about it.

14. That time when Russia shot down an airliner carrying civilian passengers in territory that wasn’t even theirs is quite damning; though the truly appalling part is less their actions and more the lack of response from anyone.

15. About 10 years ago two men with Japanese passports were caught trying to smuggle $134 billion in forged bearer bonds into Switzerland in the trunk of their car! They were caught by Italian police and we still don’t know anything about who they were, where the bonds came from or why they were being smuggled. 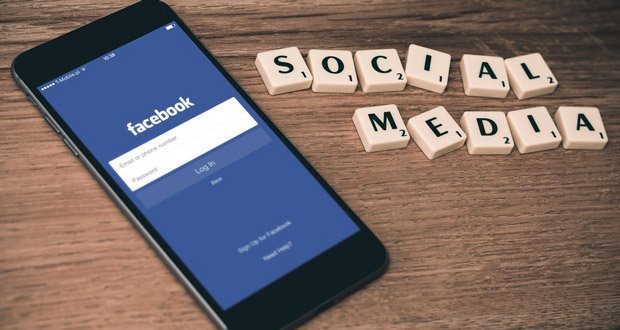 16. Facebook: Stole your data, listened to your conversations, web searches, etc then sold the information to companies and governments to create psychological profiles to better sell you and quite possibly manipulate you.

The first clear non-tinfoil hat-wearing-sign that our society was being bent, shaped, and twisted by corporations and governments through technology and everyone just said “meh.”

17. The disappearance of the 11th Panchen Lama comes to mind.

18. The 1982 Tylenol Cyanide poisonings that killed several innocent consumers and put manufacturer Johnson & Johnson in crisis mode. Their handling of the aftermath is considered a textbook example of competent crisis management. It led to the market introduction of a wide array of safety packaging. No arrests ever made.

20. Sarah Jones’ death on the set of Midnight Rider.

21. Intel’s fake 28 demos. Continuous Intel bugs. CEO cashes all his shares, then gets fired with some excuse.

22. Richard Nixon committed treason by calling the Saigon government and keeping the Vietnam War going by having them refuse negotiations. He told them he would get them a better deal than LBJ.

LBJ knew about it and had the call on tape. But never released it because then everyone would know he had Saigon and American embassy bugged by CIA. Nixon won the election and committed other treasonous acts before Watergate.

In Hawaii (1880) six 12-year-old girls were infected with syphilis to study its effects.

In New York City, (1895) Henry Heiman purposefully applied gonorrheal organisms to the eyes of a four-year-old and six-year-old boy to study its effects. The boys were both mentally handicapped.

In 1908, three researchers in Philadelphia infected dozens of children with tuberculin, cause painful lesions of the eyes and permanent blindness. In their notes, they referred to the children as “materials used”.

1946-1948, the U.S. government gave syphilis to orphan children in Guatemala by pouring syphilis bacteria directly into abrasions on their penises, forearms, and through spinal taps. (To test the effectiveness of penicillin.)

1950-1972, mentally handicapped children at the Willowbrook State School in Staten Island were given viral hepatitis so that a vaccine could be researched. They infected the students by feeding them the feces of infected individuals.

In 1953, 25-week old babies were given radioactive iodine injections to trace their path through the body. Happened at the University of Iowa. (Several similar experiments happened elsewhere.)

From 1955-1960, over 1,400 children with cerebral palsy died in a clinic called Sonoma State Hospital. The children were forced to undergo painful experiments including spinal taps, which had no benefits in the treatment of cerebral palsy.

1946-1953, 73 mentally disabled children were fed oatmeal with radioactive calcium in it to test the passage of radioactive materials through the digestive tract. They were told they were doing a science club.

1940-1953, Lauretta Bender of Bellevue hospital conducted experiments on the effects of electric shocks on children with schizophrenia. The children used were as young as three.

The University of California performed an experiment where they strapped over 50 newborn babies to a circumcision board, then turned them upside-down so that the blood rushed to their heads. They would also submerge the babies in ice water to see how it affected blood flow. Some babies were as young as one hour old.

As of 2007, not a single U.S. government researcher had been prosecuted for human experimentation. The preponderance of the victims of U.S. government experiments has not received compensation or, in many cases, acknowledgment of what was done to them.

In unit 731 in WWII, infants were subject to surgeries without anesthetic, often after being infected with an infectious disease. They also spun children in centrifuges until death, burned and buried them alive, and starved them to death.

That’s a start I guess.

24. The fact that Exxon Mobil’s scientists knew that climate change would happen back in the 70’s and it was conveniently swept under the rug until that semi-recent leak.