A long time ago, we asked our regular contributors through e-mail, What is the dumbest 100% serious thing someone has said to you? We got many interesting responses. Here are some of them. We have just copied and pasted their responses, not editing them in any way and most of the respondents have requested to stay anonymous, so no names will be published.

1. A girl I know got a nose job. When I complimented her on her new look she said… “I didn’t do it for me, I didn’t want my kids to be born with big noses”

2. I was once making small talk with an acquaintance, and I told her I’d flown out to visit my family in Korea over the summer. She got this smug grin on her face and said, “You can’t fly to Korea. It’s an island.”.

3. “It’s really dangerous to take only half an ecstasy pill. Sometimes the pills aren’t actually ecstasy, it’s like 50% speed and 50% heroin. So if you only take half, you might accidentally take JUST the speed or JUST the heroin half, which makes it way more dangerous”.

4. I’ve been a cook for 15 years. One time a server asked me to rush a chicken breast she forgot to ring in. I said, “ok, it will be a few minutes, it’s still a bit raw”. “Just give it to me, it’s fine” she says. I tell her I don’t feel like giving anyone salmonella poisoning today and she will have to wait.

Her jaw drops and her face turns red. She rather belligerently shouts just give it to her because she’s losing tip money, then adds “besides, people don’t get salmonella from chicken, they get it from salmon. You’re a cook, you should know that by now.”

Every person in that room did the slow neck-turn of ‘wtf did I just hear’ and just stared at her.

5. “Stephen Hawking is British? But he doesn’t have an accent.” 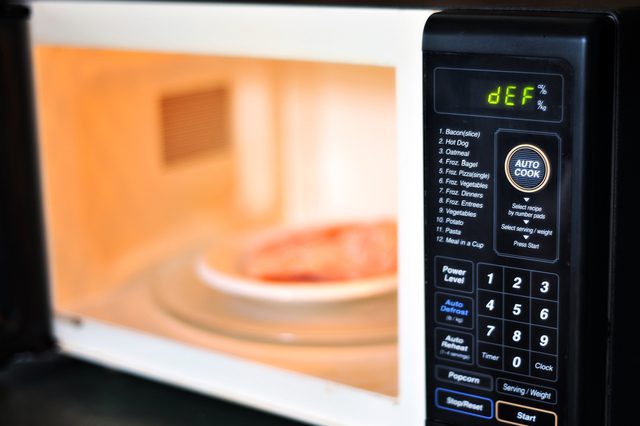 6. When someone said their food was too hot, a friend said to put it in the microwave on defrost to cool it down.

7. We were in the car and an ambulance passed us with the lights on. My friend turned to me with a very serious look on her face and asked, “if you were a blind and deaf car driver, how would you know to pull over for an ambulance?”

8. Had a drunk guy come through the drive through at Taco Bell & asked if we sell tacos. I said let me check.

9. My mother last week while I was eating some Buffalo wings: “is it real buffalo?”

She also said to my dad “did you know the human eye can only see 26 miles? Because that’s how far away the horizon is!” my dad instantly came back with “I didn’t know the moon was 26 miles away!”… She was stunned

10. “Oh I didn’t know we had avocados” – my college roommate after he pulled a bag of zucchini out of the fridge.