We asked our regular contributors through e-mail, What is the most disrespectful thing a guest ever did in your home? We got many interesting responses. Here are some of them. We have just copied and pasted their responses, not editing them in any way. 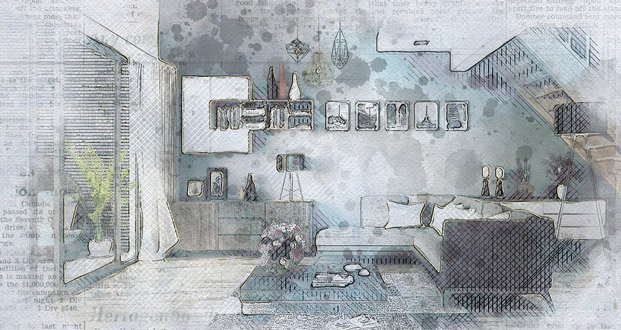 1. While we were out, houseguests staying with us rearranged our furniture and artwork according to their own taste.

My son at the time was 2 and a half, he had a teddy he brought everywhere with him. It didn’t bother me cause kids like comfort toys, well this guy had an issue with it.

So we’re out on my balcony and my son had shown this guy his teddy bear, he had grabbed the bear threw it over the balcony and told my son to grow up bears are for babies.

3. Had a “friend” staying with us for a while. She was trying to get back on her feet. I had just adopted a new kitten, about 10 weeks old. One day, I am standing in the kitchen, talking with said ‘friend’ when I hear my new kitty meowing, loudly, but sounds kind of muffled. I proceed to start looking around for her. She sounded distressed. Said “friend” just stands there, with a kind of crooked smile. So, I asked her where the kitten was. She said she had no idea. The meows are getting less and less, and I am walking all over the place, waiting for the next meow to lead me to her. She was in the freezer.  I pretty much screamed at the psycho, upon retrieving my shivering, confused and miserable kitten, “What the hell did you do???” She smiled and said, “I thought you knew, cats love to be cold!” I told her, well, that’s just great, and since she claimed to love and understand cats so much, she will appreciate how cold she would be tonight…on the street….out of my house. I told her she had about 10 min to get out, I would be calling the police regarding her cruelty to animals. She left. Kitty survived to be 18-yrs old.

4. I used to live in a party house and several people tried to get into the room where this drunk girl was passed out. The night turned into my roommate and I taking turns guarding the hallway. It’s been nearly a decade, I’m still disgusted by everybody.

5. The guy who we invited to our weekly poker game after he creepily found out about it from a mutual friend and invited himself. It was around Christmas time, so he brings two fruit cakes and tells my roommate and I(girls) in front of our other friends (mostly guys), that the cakes are just for us because they’re low in “sat fat” and “girls don’t wanna get fat.”

He then proceeded to play like an absolute bad guy: splashing the pot, trying to bet under the minimum, folding out of turn, etc. He was loud and rude and kept saying weird things all night.

Just as everyone was getting thoroughly sick of him, he turns to me and asks me if I want to go on a date sometime. In front of about 12 other people. I was not in any way attracted to this guy, nor had I done anything to encourage him to think so. I told him no as nicely as I could, but goddamnit, he persisted.

He asked me out again, and said: “if you say no this time everyone will know it’s because you think you’re better than me and I’m not good enough to go out with you.”

Of course, I wanted to tell him that I thought he was an a*shole and that’s why I didn’t want to go out with him, but I didn’t want to end up having an SVU episode based on my gruesome murder. I sputtered out something about not wanting to date anyone at the moment and him more or less accepted it and shut up. We never invited him back and we had poker at someone else’s house for two months after, just to be sure he wouldn’t show up.

He later got arrested for threatening to shoot his neighbor over parking spot he’d shoveled out. 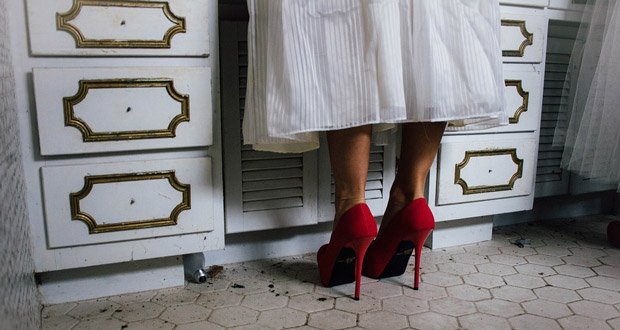 6. Relative stayed at our house over the holidays and went into our room and drawers. When my wife came home, she asked my wife why does she have so much makeup if she doesn’t use them, and proceeded to ask if she could have some of the items she found for keeps.

7. I went out of town for 3 weeks and asked a friend to house sit. In exchange, I would pay her. All I needed was mail collected and garden watered every day (takes about 25 mins), and pick the beans and cucumbers (maybe 15 mins).

She hung out in my house all day every day playing video games. She watered the garden once, for a couple of hours, the day before I was to come back.

Everything was dead. Beans and cucumbers dead on the vines and my pumpkins and squash all got powdery mildew. I actually cried. I had cleared that garden space the previous year from 20 years of blackberry bramble and fixed the soil.

8. When I was about eight our family did a house swap with another family because they lived near London and we lived near the coast so it was a change for both families and a cheap way to holiday.

One of their idiot kids who stayed in my bedroom peeled off my glow-in-the-dark stickers off my bookcase because they said they were stopping them from being able to sleep, which is total Bulls**t because there’s no way they could be bright enough to stop anyone sleeping.

That was thirty-three years ago and as you can tell I’m completely over it now.

9. A friend was housesitting for me while I had a long weekend away. They said they would stop by two days out of the five to make sure everything was good and water my plants.

They showed up the day I left, unplugged my fridge and left.

Came home to everything rotten and it smelled like someone was murdered in the fridge. Called and asked what happened and she said she was mad at me because her brand new boyfriend said I was cute. I was in a committed relationship with another woman at the time. Literally, the last person to be interested in her boyfriend. We weren’t friends after that.

10. When I was in high school a couple of friends were staying the night when one of them decided to grab a case of 10,000 airsoft pellets and fling them all over my room. For ten years, up to the point where I moved out of my parent’s house, I was able to find airsoft pellets somewhere in my room.

One of the most blatantly douchey things I can think of.