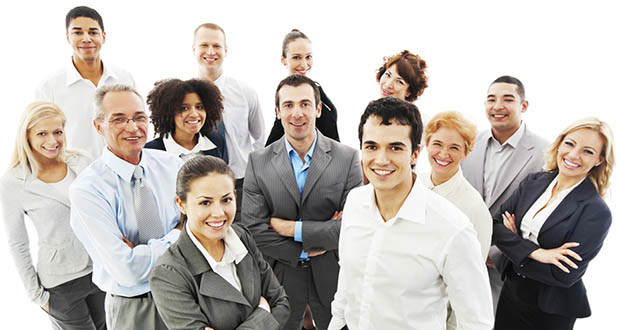 Sometime ago we asked our regular contributors through e-mail, What secret codes are there in your profession? We got many interesting response. Here are some of them. We have just copied and pasted their responses, not editing them in any way and most of the respondents have requested to stay anonymous, so no names will be published. Enjoy.

1-5 Secret codes are there in your profession 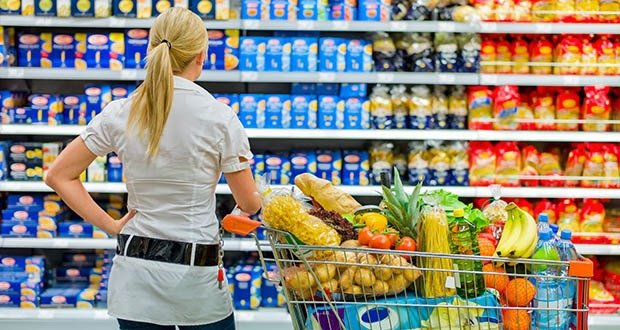 1. When I worked at a supermarket many years ago, we had “Code 12” which was called on the speakers if they saw a very attractive person in the store. The code would also say where so for example “Code 12 bread.” We had a code for either sex, just can’t remember the other one.

2. Do NFPA 704 diagrams count? You know, the blue, red, and yellow diamonds on chemical storage vehicles and facilities? They’re super simple: blue indicates human health hazard (0 lowest, 4 highest), red indicates flammability (0 lowest, 4 highest), and yellow indicates reactivity (0 least reactive, 4 most reactive). It can be mildly entertaining to try to guess what the chemicals are based on context and the fire diamond.

3. 437737 Means Herpes in online dating. I saw a profile of a girl saying she has 437737 cats and thought “I’m sure that number has some significance.” Apparently if a person puts that number in their profile it means they have herpes and they want to let people know without getting embarrassed. According to Urban Dictionary that number spells herpes on a keypad.

4. I was once on a cruise ship and there was an announcement on the tannoy for the crew – “Starlight, Starlight.” Some were visibly shaken and it caused quite a bit of upset. I later discovered that was code for “elderly passenger has died.” The Queen Elizabeth 2 had a small on-board mortuary.

5. On a cruise ship I was on, there was a meeting on the schedule for “Friends of Bill” which is code for alcoholics anonymous.

6-10 Secret codes are there in your profession 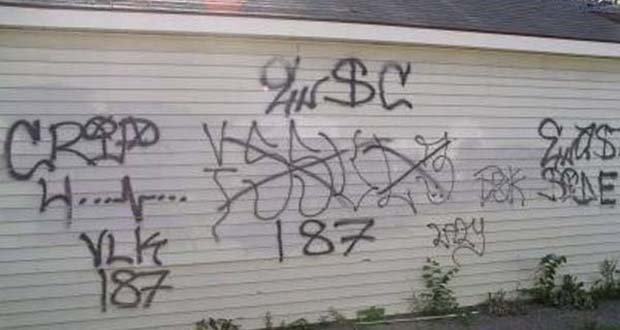 6. Graffiti is its own language to gangs. There are ways to even politely correct whose turf it is without going to war. Gangs will even post rosters of who is in their clique, who they are, what area they claim to own, what their businesses are etc. Some examples in my local area (California) include an “X.” This is a polite way to correct someone if they incorrectly claim turf, no general hostility is implied, just means “hey this area is ours back off.” If a graffiti is circled, then an X is put over it with another gang’s writing to the side of it, it means that “this is our turf, and we are keeping it that way” it has a little hostility behind it. This could also mean they are willing to brawl over it. This may only apply to California, but a “187” spray painted over gang graffiti (187 being the California code for a homicide) it means war. Please note gang graffiti changes constantly and this can be regional, what something may mean one day may not be what it means another day.

7. In my office, when someone announces, “Your ride’s here!” that means somebody unidentified has just walked in. It’s a closed, private office with no receptionist or public coming and going. If it’s nobody we’re expecting, it sounds better than “Somebody just walked in the door.”

8. PEBKAC. Problem exists between keyboard and chair. Also, we have ID 10 T error. For those that don’t get it, ID 10 T error actually is “Idiot” error. We have another one, PICNIC meaning Problem in chair, not in computer.

9. I am a line cook. 86 means we’re out of something. ‘On the fly!’ means somebody screwed up and we need a new one fast. 5 Second Rule means don’t worry, been doing it a long time though never seen it used. Orange Whip means beer (but only if used in the phrase “Who wants an Orange Whip? Orange Whip? Orange Whip? Three Orange Whips?” with index finger extended. Behind means I’m walking behind you don’t move. In the Weeds means I’ve got so many things going on, I can’t keep track and I’m about to have a breakdown. Canadian means African American customer.

10. Waldo is an employee who is never where they should be and can’t be found. The hardest part is not slipping up and calling these employees Waldo to their face.

11-15 Secret codes are there in your profession 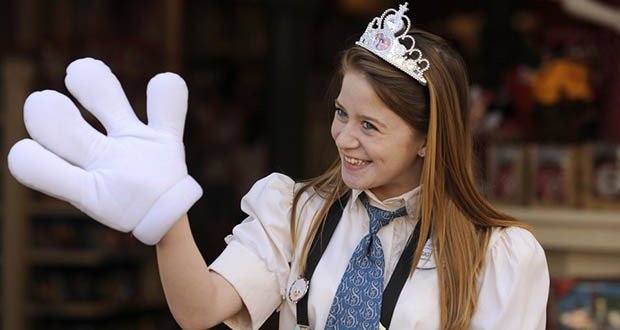 11. Disney Cast Member here. We have tons of them. We have no employees, only “cast members.” We’re not on the job, we’re “on stage.” We don’t have uniforms, but “costumes.” We have no customers or clients, only “guests.” Kids don’t piss themselves, we “have a code u.” Kids don’t puke everywhere, we “have a code v.” Kids don’t sh*t in the most public disgusting places, we “have a code h.” (“h” is for horse. usually used to call in a clean-up for horse-sh*t, whenever it’s called in somewhere that horses don’t go, it’s usually human. occasionally canine, as service dogs are allowed in the park). We don’t have rides, we have “attractions.” (though some pedants will argue that there are 2 rides at Disneyland: Mr. toad’s wild ride, and big thunder mountain railroad, because it’s the “wildest ride in the wilderness”). Attractions don’t break down, they “go 101” (or sometimes, when they open in partial capacity, they “go 104”). Fires don’t happen, it’s a “904.” And one last fun one: if you ever see a cast member lay three fingers across their opposite arm, it’s supposed to be a “M,” a warning to other cast members that a manager is around, and everyone needs to be at their best.

12. In the film industry, everything has a code word. Extension cords are “stingers,” anything that boosts an actor is an “apple box,” there are “lollipops,” “pizza boxes,” “floppies,” and the list goes on and on and on. Basically, it’s all one giant vocab quiz so other people can be sure you actually know what the hell you’re doing.

13. A few years ago, I went to pick up a large pizza and the cashier asked, “Would you like that cut with a clean knife?” and I was like wtf? She looked super frightened and rushed the order after that. Apparently my city has a pretty big Indian population in the area, nearly all of them were vegetarian for religious purposes and would ask for their (vegetarian) pizzas to be cut with a clean knife to avoid contamination by meat.

14. Code Adam stickers on the front of stores mean that the employees have been trained on how to deal with a missing child report.

15. When a motorcyclist taps his helmet it means cops up ahead.

16-20 Secret codes are there in your profession 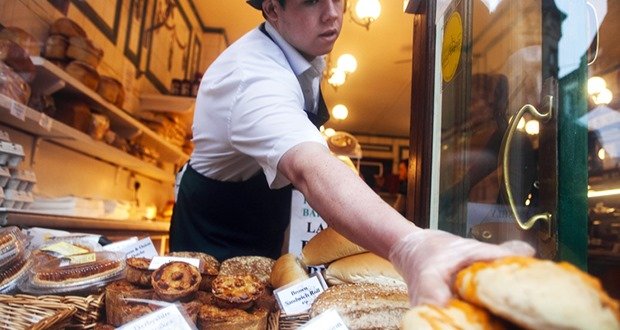 16. I work in a bakery and if we say that product is French, it means it’s older. In the butcher’s shop they said it’s Irish, as in it’s going green.

17. Man or woman wearing a black ring on your dominant hand ring-finger means they are in the ‘Lifestyle’ (aka: swingers!).

19. At the mall, they taught us to use NORA if someone was being belligerent and we needed to get the cops in here. NORA = NEED OFFICER RIGHT AWAY. For example, if a guy was at the counter screaming and cursing, threatening us but we couldn’t escape, he won’t leave and we felt unsafe, we’d ask him to hold while I called a manager. Then I’d get the phone, call the police station in the mall (legit cops, not mall cops) and say something like, “Hi NORA, this is so and so calling. I have a customer issue I was hoping you can help with.” Then hang up and announce the manager was on the way. Cops showed up instead.

20. There’s the male nod “code.” I asked a guy what was up with it once and he explained it like this: Down is a nod of respect, either to acknowledge doing something the nodder approves of or it denotes a more professional/business-only relationship. A nod up is more contextual: if the men know each other the upward nod is like “hey, what’s up? I acknowledge that we know eachother but have nothing to say right now and/or am in a hurry/busy.” An upward nod can also be disrespectful and aggressive in ways I don’t quite grasp, I guess as a display of dominance? Not easy to understand as an outside observer.

21-25 Secret codes are there in your profession 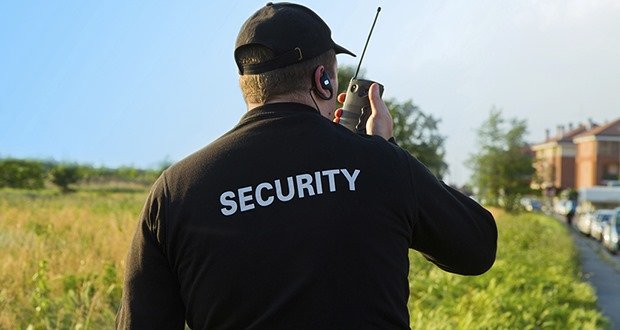 21. I am a security guard. Code 1 means disregard transmission. A lot of times people won’t leave when asked unless the police are on the way. Sometimes we don’t want to bother the police, but make the person think we called them so they will leave. I would call in over the radio “Dispatch police to my location Code 1.” After a few seconds I hear back “Police are in route Code 1.” The person then leaves because they don’t want to deal with the police.

22. When an insurance policy cancels for “underwriting reasons” that pretty much means we know what you’re doing but we can’t prove it.

23. In EMS saying that someone has a house in Virginia, or giving someone a high five on the way in the door is a way of letting the other responders know that the patient is a bloodborne pathogen risk. i.e. HIV+.

25. “Go get the purple backboard” means get the hell out and call the S.W.A.T. Team or at the very least a few armed Sherriff’s deputies. I work in the back of an ambulance.

December 18, 2015
Latest Posts
Subscribe to Blog via Email
Did you know?
Loading...
Facts of the Day
Registration is disabled.