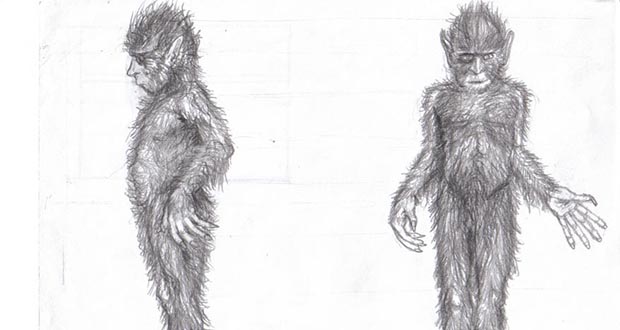 21. We have a whole lot here in South Africa.

One of my favorites is the Tikoloshe or Tokoloshe. Its a small goblin or gremlin like creature that causes all sorts of mischief. Some stories tell that tokoloshes are natural animals like fairies, other stories talk about tokoloshes being created bad evil witch-doctors, wizards, or witches. They get credited with everything from breakdowns to scaring children. One of the most common ways that a tokoloshe will “get” you is while you’re sleeping at night. They climb up your blankets to make mischief with you. Some of the more common complaints is stealing men’s penises or making women pregnant. The best way to avoid a tokoloshe is to put your bed up on bricks to keep it too high off the ground for a tokoloshe to reach.

Another great one is about a missionary who tried to convert the Zulu king Shaka. Shaka Zulu was a very brutal ruler (think a South African Vlad the Impaler). In an attempt to scare Shaka and stop him impaling his enemies, the missionary described hell, explaining in vivid detail the burning fires of hell. Shaka Zulu was interested in the idea of hell and needed to think it over, he asked the missionary to come back in a month’s time. During that month, Shaka had his legions of Impi warriors collect firewood and pile it up in the middle of his grand kraal. After a month, the pile of wood was several stories high and about the same size around. When the missionary came back, Shaka had the wood pile lit on fire. when it was burning at its peak, Shaka asked the missionary if that was as hot as hell would be. Surprised and seeing the huge fire, the missionary said yes, saying that hell was a lot like that. Shaka Zulu then ordered his legions of warriors to march into the fire. Rank after rank did, having complete obedience. After thousands of warriors were killed or maimed by the fires, they eventually trampled it out through sheer weight of numbers. Shaka Zulu then triumphantly turned to the missionary and proudly said “I have many more warriors where they came from. I’m not scared of hell”.

It’s a pretty big tourist destination to go to the plantation where she lived/ supposedly still haunts.

She was the wife of a slave owner but all her husbands kept disappearing. Legend has it she killed her first, second, and third husband along with several male slaves she would take to bed. She’d sleep with them, then kill them when she got bored and wanted another.

She was deemed a witch because she practiced the dark arts. She was paranoid that she’d be caught for all her murders so she would practice Voo-doo to ward off harm. Some of her spells involved sacrificing infants to make these spells more effective. She also used her potions to kill her husbands in ways that seemed like natural causes like disease or heart attack. She was eventually killed by one of her male slave lovers “Takoo” and she still haunts the grounds of Rose Hall.

23. In La Paz, Bolivia, it is rumored that there are places called ‘elephant graveyards’. These are basically places where people pay to get locked in a room where they only give them alcohol through a small door until they die.

24. First of all, this is a story I got told by a former co-worker, so I don’t know for sure if it’s just another creepy-pasta or if there’s some truth to it, although the guy claimed to know the person the following story is about:

We live in a pretty rural area and there was a night club a lot of young people were visiting on the weekends. Because of the next big city being so far away, many of those visitors had to drive a while to get there.

One night, a young woman didn’t feel so well and decided to drive home a bit earlier than her friends. She gets into her car and is on her way home. Not far away from the small town the club was in she notices something standing on the road the is driving on. Because there often are deer and other wild animals crossing the roads, she slows down a bit and approaches the supposed animal with caution. To her surprise its not a deer, but a baby stroller standing there in the middle of the road. She comes to a stop and against better judgment decides to investigate, because what’s going to happen anyway? Certainly somebody just dumped it here. As she gets closer to the stroller she notices the headlights of a car in the distance behind her, which gives her a weird sense of safety because she doesn’t feel that alone in this moment. The stroller is empty after all, so she pushes it to the side of the road and gets back into her car.

Since she saw the lights of car just a moment ago she decides to let it pass her first before hitting the road again. The vehicle approaches and to her surprise again doesn’t pass her, but comes to a stop right behind her. Both doors open almost immediately after coming to a halt which gives her a bad feeling, so instead of waiting she floors the gas and drives off. After a short while she notices the same car behind her and because the bad feeling still lingers she decides to take a detour in the next village, making a turn here and there just to shake them off. Slowly panic begins to set as the car is still behind her after some time and it’s now driving dangerously close and giving her light signals. This goes on for a while and because she doesn’t know what to do, she takes out her phone and calls her dad.

After explaining the situation as well as she could he advices her to just head home as fast as possible and he would leave the front door open while calling the police in the meantime. She gets home, slams the door of her car open and rushes into the house where her parents are already waiting for her. They close the door and wait for the police to arrive. A few minutes later the door bell rings and instead of police two worried looking young men are standing there, asking if the girl they are followed is alright.

As it turns out they were heading home as well after clubbing and saw somebody entering her car while she was pushing the stroller to the side of the road. They followed her so the guy in the back seat couldn’t do anything. After she stopped in front of the house the guy jumped out as well and they were trying to chase him down, but he got away.

Nobody knows what would have happened if the two guys weren’t there at the moment. The road where this allegedly took place is in a pretty remote area with lots of woods around it. I think I never read about it in the papers, which is strange considering the police was supposedly involved. I still get creeped out every time I’m driving down the same road though, so I thought I’d share the story.

25. Nora the Nun. There’s a woods local to me in Wales with an old 12th – 13th century castle where it’s rumored she lived. There’s been so many sightings by different people and there’s apparently even been car crashes along the road outside the woods in result of people swerving to avoid the nun they saw standing in the middle of the road. I can post some links to reports and pictures if anyone’s interested. There’s hundreds of different stories about who she was and why she haunts the woods, but this is my personal favorite:

Nora was a nun at the castle where she met a castle guard who got her pregnant, after giving birth and her ‘sin’ was discovered she was to be executed for going against God. Nora ran from the castle with her baby and hid him in a tree trunk with the intention of coming back for him after she had lost her pursuers. She eventually managed to lose them but when she went back for her baby she couldn’t find him. Nora searched the woods day and night until she eventually died. It’s said Nora cannot pass over until she finds her baby.