We asked our regular contributors through e-mail, What’s the most intelligent thing you’ve witnessed an animal do? We got many interesting responses. Here are some of them. We have just copied and pasted their responses, not editing them in any way. 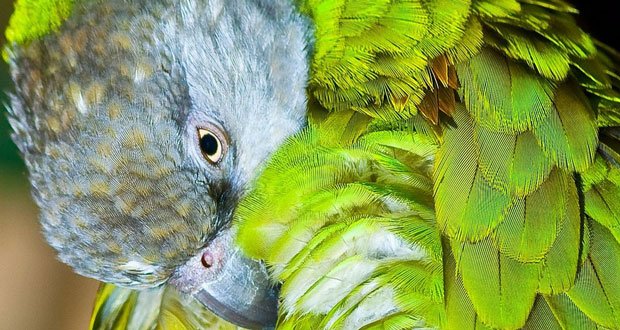 1. I have a Senegal parrot and if I put a plastic bottle cap in his cage, he’ll put it in his beak, scoop it full of water out of his water dish and then sit on his perch and hold it in one claw and sip out of it like it’s a cup, of coffee.

I have no idea where he learned this!

2. I had a roommate who was very rude to my dog. He would regularly walk by the dog and without warning, jump at him and yell.

One day the dog was lying by the front door when my roommate came home. The dog got up, walked into the kitchen and hid to the side of the doorway.

He waited for my roommate to walk in and then jumped out from behind the door and barked at him, scaring the crap out of my roommate.

3. My dog places one of her squeaky toys near a small hole between our fence and the neighbor’s. She then squeaks it and waits for the dog next door to approach in anticipation of retrieving the toy just so she can bark at him.

4. My childhood kitten hurt her paw once and was limping for a week. She got spoiled a ton and granted many privileges. Her whole life after anytime she wanted anything she’d hold up one paw and pretend limp.

5. Whenever I let my dog dictate the walk (the ‘go sniff’ command, where I let her lead and give the full extent of the leash), she will walk me to the local pet store 100% of the time. 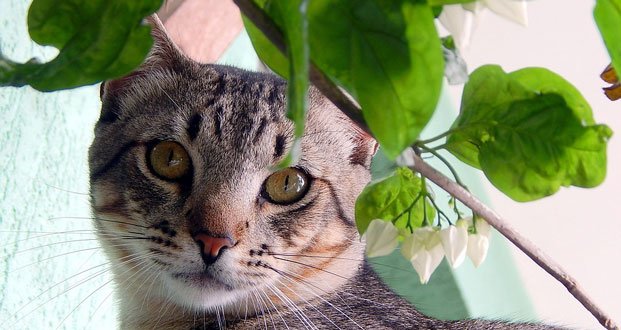 6. We’ve taught our cat to get bugs for us. She can be anywhere in the house and if someone yells bug she comes running and takes care of it. Maybe not the most intelligent thing in the world but it’s pretty helpful.

7. Some time ago, our cat, a big Maine Coon delivers the mail from the letter slot to where I’m sitting.

He grabs each piece of incoming mail in his teeth and proudly delivers it. If it’s heavier, he bats it with his paws until every piece arrives at my chair.

If there’s a piece that just too big, he sits at my feet, looking up, and “MROW’s” to notify me that there’s something else at the door that “requires human attention.”

8. When I was about 10, I was swimming at the beach in NC and got pulled out by the riptide. I was swimming mightily, but losing the battle and was rapidly being pulled out to sea while being simultaneously dragged further down the beach. I remember screaming for help as my arms started to fail from exhaustion and I was struggling hard to keep my head above water.

I remember seeing my mom running down the beach from one direction yelling for me while a stranger was running from the other direction, alerted by my cries. I was panicking at this point, my mom seemed so far away that I knew she wasn’t going to make it. About the time my ten-year-old brain goes “and this is how you die”, I hear splashing. I turn my head and there is our faithful dog, a golden retriever. Apparently, she had heard me screaming earlier than the humans and had started swimming to me. I just hadn’t noticed her due to the waves and my panic. I grabbed her collar and she towed me back to shore. I promptly collapsed, crying and exhausted in my mother’s arms, but alive thanks to my dog. 25 years later and I’ve had several dogs since that old girl, but no other has been able to hold a candle to her.

9. I had a Chihuahua/terrier mix when I lived alone. He was a puppy when I got him and ended up not ever barking or biting, which is really weird for a Chihuahua.

I often ate dinner after work while watching TV on my couch with him, and I usually fed him when I ate.

He eventually started to pick up food from his bowl, hold it in his mouth, carry it to the couch, parkour onto the couch, then sit down and eat his food while facing the TV with me.

I’m pretty sure he didn’t understand what the TV was, but he sat there and pretended to watch Netflix with me because he liked being included.

Occasionally he’d look over at me to make sure I was still there, and sometimes it almost looked like he was surprised by the plot twist on our TV show, or he wanted to see if I was at shocked at the TideToGo commercial as he was.

10. When I was a child my friend and I were rounding up sheep with our fathers and the dogs. It was a hilly area and we were pushing them down a gully into the yards. One of the dogs took off over a hill and about 15 mins later it met us back near the yards with 15 extra sheep that were missed.