Longtime ago, we asked our regular contributors through e-mail, Which serial killer disturbs you the most? We got many interesting responses. Here are some of them. We have just copied and pasted their responses, not editing them in any way and most of the respondents have requested to stay anonymous, so no names will be published.

WARNING !!! Since this thread is about serial killers, I would warn that some of the details given below are extremely graphic and therefore reader discretion is advised. 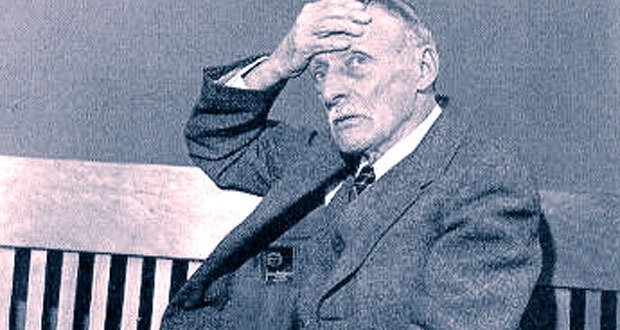 01. Albert Fish. Child rapist and cannibal. He is said to have raped a child in every state. He chose mentally handicapped or African-American children, then would rape, torture, murder and sometimes eat them. He encouraged his own children to spank him with a paddle studded with nails. He was an extreme sadist, and when he died, was found to have 29 needles pushed into his groin and pelvic area.

He wrote to the parents of one of his victims, saying that he:

“Took them to his home stripped them naked tied them in a closet then burned everything they had on. Several times every day and night he spanked them – tortured them – to make their meat good and tender. First he killed the 11 yr old boy, because he had the fattest ass and of course the most meat on it. Every part of his body was cooked and eaten except Head – bones and guts. He was Roasted in the oven, (all of his ass) boiled, broiled, fried, stewed.”

The jury was so disgusted with his actions that they pronounced him sane just to get him executed.

02. BTK, Dennis Rader. This is mostly biased because I read John Douglas’ book about him, with all the excruciating details of his crimes.

Sample: During a home invasion, he tied up the hands and feet of the mother, father, and brother who was around 9-years-old. One by one, he then duct-taped a plastic bag over their heads. The young daughter was forced to sit on his lap and watch as they suffocated.

Finally, he took the daughter to the basement, put a noose around her neck and looped it around a pipe so the other end was free. He could then sit in a chair and periodically choke her until near death, loosening the rope intermittently to keep her alive. And, he ejaculated on her after killing her. I would say he should get a taste of his own medicine, but he actually got off on doing this stuff to himself too.

He taunted the cops by sending packages to them with trophies he took from his killings.

03. Richard Ramirez a.k.a. The Night Stalker. My subjective taste in serial killer fascination is skewed. The dude very well may have tried to kill my parents.

For those who don’t know, this was the dudes MO: He would never break in. He would climb in an open window (pre-screens) or an unlocked door, stab and torture (brutally) the residents before cooking himself a meal in their kitchen and escorting himself out. Locked doors and a closed window were guaranteed safe from him, but during SoCal heatwaves pre-AC it wasn’t exactly comfortable to do so.

One of his last victims was a few houses down from where my parents lived. He very well may have jiggled their door handle, shrugged, and moved on.

04. Karla Homolka. Not only is that b***h SICK (raped and murdered her own sister, as well as other young girls), she’s out of jail because the jury believed her story that she was just a victim. She’s FREE as a bird, AND despite the fact that she’s a sexual serial killer she was allowed to have children and keep them. She lives in Canada again.

Karla Homolka has been, and likely still is, an active poster on the mommy board babycenter. She was very active on the cloth diapers board and traded diapers. These women shared their home addresses, real names, and details about their kids with her. She is rumored to still be on babycenter as one of the more loved members of the bargain hunters board. This is a board where women think they know each other and meet up on a fairly regular basis. This is the link from cloth diapers when this all began.

05. The Tool Box Killers. I am disturbed mostly from hearing a snippet of the tape they made killing their last victim. The FBI uses the tape now to desensitize their agents to the sounds of torture. Here is the transcript of the tape. Be warned. It is extremely graphic and will scar you mentally.

Actor Scott Glenn who played Jack Crawford in The Silence Of The Lambs listened to less than a minute of this recording to get more insight on being a detective and was never able to forget what he heard and said he felt he “lost a sense of innocence” in doing so. It changed his mind about the death penalty. 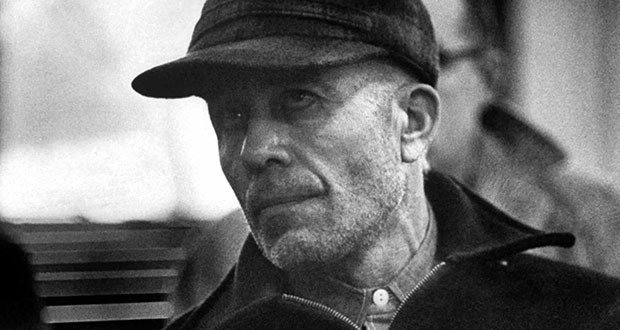 06. Ed Gein was an avid collector of human body parts, whether obtained from doing the killing himself or by exhuming buried people. When they searched his house they found (from wikipedia):

· Wastebasket made of human skin

· Skulls on his bedposts

· Female skulls, some with the tops sawn off

· Leggings made from human leg skin

· Masks made from the skin from female heads

· Mary Hogan’s skull in a box

· Nine vulvae in a shoe box

· A belt made from female human nipples

· A pair of lips on a window shade drawstring

· A lampshade made from the skin of a human face

There was no electricity in the house when they first entered and started searching. This made things MUCH more difficult. Also, his house (except for his dead mother’s room) was a dirty, cluttered mess. This made finding individual things difficult, since everything was just all over the place among other trash.

One police man found a box and it looked like it may have had a wig in it. Later, he said something to the effect of “I knew I shouldn’t do it. I don’t know why I went ahead and did it”. He grabbed what he thought was a wig and pulled out the head of one of the killer’s two victims.

After the police collected the evidence, the house mysteriously burned down. Personally, I wonder what else would have been found if it were searched more carefully and with the benefit of more lighting.

07. Amelia Dyer murdered possibly 400 infants during the Victorian period. Her picture literally makes me shudder. That picture looks like the kind of painting that’s secretly possessed by a demon and its owners keep dying under mysterious circumstances.

08. Fred and Rose West. As married couple, they sexually abused, tortured, and beat their child and teenaged daughters and other women, eventually killing several of their own children, along with other women, and burying them under the patio in their own garden. Absolutely sickening. Unlike many husband-wife murderer pairs, the wife, Rose, was completely in on it and took pleasure in the murders, committing some alone while her husband was in prison, rather than just being an accomplice.

Apparently, Fred would threaten his surviving children that they would “end up under the patio like Heather” (his own daughter, who they beat to death because they didn’t like the look on her face) if they misbehaved.

09. Ones like the DC sniper. People that will just kill randomly without any real pattern.

In the first days after the sniper started shooting people, the news stories were all speculating that it was a male with military training, very intelligent to genius level, special forces kind of thing. Then they found out the suspect was black, and all talk of brilliant strategist, expert skilled evil genius went out the window and he was described as just a random crazy guy. There was lots of misinformation with him. Many people were absolutely terrified of white vans for months when it turns out he was driving a blue chevy.

10. Denis Nilsen. He is a British serial killer and former policeman. He used to lure “lost” young men like drifters to his apartment with the promise of food. He would murder them and keep their bodies around to talk to until they decomposed too badly. Then he would dismember and incinerate them. He killed 16 men before being caught.

I work in the field of estates of deceased persons (sorry bad English, i know) and whenever I come across an apartment in which someone died I feel like I cannot get the smell of me for a solid day. The smell of dead bodies is absolutely terrifying and disgusting. I can under no circumstances understand how someone would like something like that around.

AskReaders: What illegal thing have you done for the right reasons?