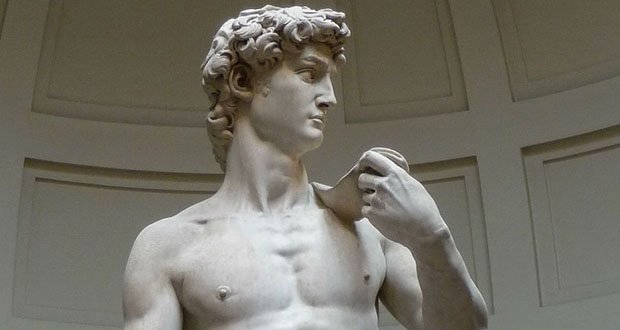 So one of our readers asked us this question the other day: Ancient Greek men thought the ideal male body possessed a small penis. Do we have any idea what Greek women thought?

This is a pretty interesting topic, so I did a little reading on it. And it’s true, many visual Greek depictions feature small penises. But they also feature large ones too (McNiven 10). Context is relevant: in an erotic context, penises are obviously erect and generally larger, so the Greek artistic depictions leave the possibility that Greek men had tastefully moderate sized penis in public, but were still gloriously masculine in private (10). The Greeks were greatly concerned with the difference between public and private conduct, and Greek men may very well have been quite prudish (Garland 112). The ideal Greek penis apparently was “small, thin, and had a pointed foreskin”,* which the Greeks believed was best for reproductive purposes since its semen, travelling a shorter distance, would lose less heat (McLaren 3-4). However, the symbol of the erect penis represented masculinity and power, and was depicted often in public spaces (4). The Greeks were very concerned with moderation in sex, and this actually extended to their views on penis size, where too big a penis was not moderate and was therefore morally “bad”, hence the depiction of the large penis on Satyrs and the like (McNiven 14). Due to the relationship between moderation and penis size in art, large penises were associated with hubris, a criminal sort of violence, and drunkenness (McNiven 14). So from what I’ve read, it might be not so much that all Greeks had small penises as that they viewed a flaccid, non-aggressive penis as a more appropriate public ideal, moderate and “civilised”.

As for women, we don’t really know what they thought (unfortunately their ‘voice’ has not come through much in the literary sources), but we do know that an extreme emphasis was placed upon virginity and fidelity in citizen women, so they were unlikely to sleep around, with rare exceptions, such as with Alcibiades (Garland 112). The other women that Greek men, married or not, would sleep with (slaves and prostitutes), weren’t really free to pick their sexual partners anyway. A man who “sought to please” or was a passive partner, even with a female, was considered effeminate (McLaren 5). However, the Greeks also thought that younger women might be too much for older men, due to the former being sexually demanding: Plutarch even claimed that under Athenian law, a woman could demand her husband have sex with her at least three times a month (McLaren 7). The Greeks viewed sex (especially semen) as important for health, so it was not that important that women enjoyed sex (8). Men were taught to use sex as a method of control and establishing dominance rather than pleasure (23). It’s unlikely that women got a lot of pleasure from many of their sexual encounters, but they also probably didn’t expect to. They must have also believed sex to be important for their health, and valued their role, critical to the state, as child-bearers and mothers. Perhaps the work of Sappho can elaborate on female views on the matter, but I haven’t read her.

So the Greek ideal of a small, flaccid penis was a theoretical, moral convention. I’m not sure it necessarily reflected their actual, average penis size in the bedchamber: aside from the obvious, a flaccid and an erect penis were considered to be very different things. Greek men did not take their pride in sexual performance from any ability to please their partner, but merely as a reaffirmation of their superior status as citizen men. Greek citizen women would almost universally never have slept with anybody but their citizen husband, and women were deliberately kept away from the sight of naked male athletes (Garland 112) so they probably wouldn’t have many ‘penis snapshots’ to compare their husband to. As members of their society, shaped by its mores, Greek women probably had the same views on penis size as Greek men, so aside from the fact they would probably be horrified by seeing any naked penis aside from their husband’s, they would not necessarily have been excited by the thought of a bigger penis. Additionally, even if we assume that a larger penis is better for a woman’s pleasure, women were not supposed to ‘enjoy’ sex too much (though the trope was that they wanted it anyway, so I dunno). As such, maybe it wouldn’t have mattered to women anyway. A woman might have a different perspective but, alas, I am not one of those.

*As an aside, the Greeks (and Romans) also seem to have valued large foreskins (Hodges 405). Greek nurses apparently used swaddling to shape the scrotum and elongate the foreskin (McLaren 3).

Hodges, The Ideal Prepuce in Ancient Greece and Rome: Male Genital Aesthetics and Their Relation to Lipodermos, Circumcision, Foreskin Restoration, and the Kynodesme, 2001.

AskUs: How powerful was Saturn V Rocket (in Horsepower or Megawatts)?

AskUs: How did Medieval armies tell which side a soldier was on? How common were mixups?