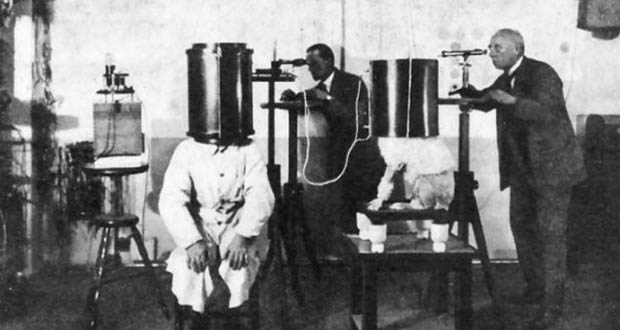 So one of our readers asked us this question the other day: Am I, a person living in the West, currently getting any thing out of of the medical experiments performed by the Third Reich and the Japanese Army during World War 2? I read somewhere that the research on frostbite in Unit 731 were groundbreaking, and I wondered if that research is used today in for example winter wear? I hope it goes without saying that I am in any way implying that these war crimes were “worth it” … I would just like to know if we use the research today.

I’m familiar enough with secondary literature on medical experiments and the developments of medical ethics (Weindling’s publication below) to be confident that Unit 731 did not produce good science but not knowledgeable enough on the subject to provide a detailed run-down. I sincerely hope an expert from among our readers comes along and provides more detail on this.

First off, contrary to popular myth – baffling that it is still around -, the Nazi medical experiments neither gave any significant advances nor were particularly scientific. These experiments were crimes under the guise of research.

We can divide Nazi medical experiments in roughly three groups:

To start off with the latter two since with them it is easiest to dismiss them as what they were – useless junk science.

The racially motivated experiments consisted of the fertility research, the twin experiments, and the skeleton research. The fertility experiments, mostly conducted at Auschwitz and Ravensbrück by Carl Clauberg and others mainly aimed at developing an easy, quick to do method for the sterilization of a large group of people. The idea was to develop a method of quickly sterilizing “half” and “quarter” Jews either by injection or by use of x-rays. Tested on hundreds of subjects under often appalling conditions, these experiments never came to fruition.

The twin Experiments were scientifically flawed from the onset as every doctor will be able to tell. Mainly, Mengel’s idea was to study twins with such experiments like if changing the eye color of one twin would change the eye color of the other twin or sew twins together to create conjoined twins.

The skeleton research is attributed to Dr. August Hirt at Strassburg University. He wanted a collection of Jewish skeletons in order to study how to find the skeletal markers for Jewishness. To that end several hundred prisoners from various camps were gassed or otherwise murdered for him.

The miscellaneous experiments concern mainly experiments in researching how fast a poison intended for executions would kill people or just timing how long it would take people to bleed to death. These often didn’t even bother with a medical justification and can most certainly be qualified as “just” another way to kill Concentration Camp prisoners.

Several of those can be dismissed right out of hand because of their flawed basis such as the TB experiments where the responsible doctor, Heißmeyer, sought to prove that TB was not an infectious disease but an “exhaustive” organism to which the “degenerate body of Jews” was more susceptible.

Some of the others however, look when only regarded superficially as if there was actual scientific value in them. Most publicized are probably the Dachau hypothermia experiments conducted by Sigmund Rascher who also conducted the high altitude experiments since the former ones have the most material left and some researchers have tried to use their findings in journals and have been rejected for it. The hypothermia experiments are however also a good case to show why all this was rather bad science:

Nazi doctors were Nazis. That meant that they were rather enthusiastic about Nazi racial theory. Often these studies were intended to prove Nazi racial theory or at least contained Nazi racial theory in their premises. As far as can be told, Rascher in the case of the hypothermia experiments, also thought that different groups were to be affected differently. Basically, if a Russian POW froze to death in a certain amount of time, that time had to be longer for a German.

To start with the obvious: Concentration Camp inmates do not make good subjects for scientific study. The bodies of malnourished, tortured, and previously almost worked to death people tend not to behave the same way as the bodies of healthy subjects. Also – and this being a pretty good indicator for how bad these studies really were – in Rascher notes we find no segregation between different groups. He basically just submerged people but never wrote down who was clothed, who was naked, who was unconscious, who was healthy etc. etc. as well as no record of how cold the water was. Also, no cardiological measuring or blood pressure taking took place. All this is pretty basic stuff for your run of the mill experiment but Rascher apparently didn’t even bother to do that.

The analysis of the results by Rascher are inconsistent and allover the place. For some experiments, it is stated that the goal was not produce fatalities, for others it apparently was. References to standard nomenclature in connection to cardiac arrests is lacking. And Rascher in the end finds that it makes no difference if the water is 2°C or 12°C – something demonstrably false.

All these issues haunt the Nazi medical experiments. They were conducted without an orderly experimental protocol, with inadequate methods and an erratic execution, are riddled with inconsistencies and data falsification and also suffer greatly from the fact that for most of them full data was never published, let alone reviewed by anyone other than maybe Heinrich Himmler, who was not known for his strict scientific mind.

As for for the second point of what motivated these doctors to conduct such experiments, it is not easier to answer beyond the obvious that they were Nazis, really hated the people they experimented on, and maybe just wanted to try some stuff. The fact that even those like Rascher of whom at the end of the war it was thought that he was interested in results but used unethical methods, did in fact not only use unethical methods but hardly used any scientific methods at all, points to a motivation more influenced by Nazi ideology and personal cruelty. I mean, even with a scientific goal in mind, it takes a special kind of person to operate on someone without anesthesia and try to transplant a nerve while they are awake or to just dump someone in a decompression chamber.

In the end, their motivation was probably not very different from those of other Nazi perpetrators in that there was the deeply held belief that their subjects were degnerate and a danger to the German race and something had to be done about them.

AskUs: Why is the Fertile Crescent now a desert?