So one of our readers asked us this question the other, Did Michael Jackson actually molest kids? We know this is a controversial question, so we will present our view and you can make your own opinions based on our observations. 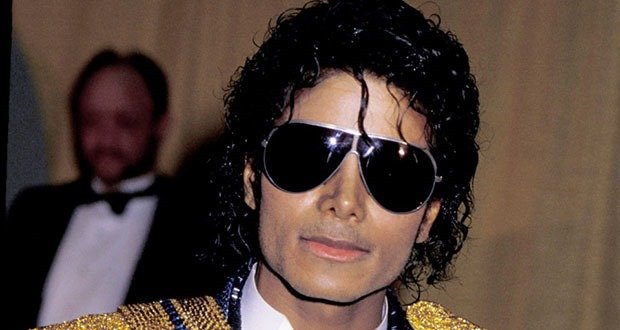 The story is rather tragic. I do believe that had the internet existed in 1994 in it’s current form, Jackson would still be alive today. Jackson was very much the victim of public perception. Yes, he was clearly an eccentric with many quirks, but the child molestation” thing was hogwash. GQ published a non-bias article in 1994 entitled “Was Michael Jackson Framed?” that you can find all over the net. Here’s one link. It’s a pretty fascinating read that details exactly what happened during that first accusation. Most people haven’t read it, though because it’s easier and more “interesting” (and at the time, “funnier”) to imagine him as some kind of freak.

Anyone unfamiliar with what actually happened there, I’d really recommend reading it. Here is the short version of it. He befriended a young boy, his mother and step-father. The biological father wanted money to produce “Robin Hood Men In Tights” so he brainwashed his son with sodium Amytal in an attempt to extort money out of Jackson, knowing full-well he wouldn’t want to go through a long career-tarnishing trial. There’s taped conversations between the father and step-father where the father lays out his entire plan, “And if I go through with this, I win big-time. There’s no way I lose. I’ve checked that inside out. I will get everything I want, and they will be destroyed forever. June will lose [custody of the son] … and Michael’s career will be over.” The father ended up killing himself in 2009 only 5 months after Jackson died.

My point is, public perception in 1994 was so heavily dependent on shock media, magazine covers, radio, talk show monologues, etc. If internet as it is today had existed back then, we would have seen the smoking gun. People would be chatting over the details on a daily basis. It would have been very difficult for the public to remain that misinformed and warped by rumor and heresy. But the perception stuck and clearly it weighed heavily on Jackson. Someone who had dedicated his life to helping children in need. He was clearly depressed. He turned to drugs. As we later found out, he needed to be medicated to even sleep.

That was the only time anyone ever accused Jackson of wrongdoing, until 11 years later in 2005, but this time it was clearly bullsh*t and a clear attempt at extortion. Anyone following that trial was aware of how ridiculous the claims were. I’ll summarize. It was right after the huge documentary “Living with Michael Jackson” that Martin Bashir did. Jackson was all over the news for the “baby dangling” incident. In the documentary, it showed that Jackson took in a young cancer patient, his mother and sister and was paying for the boy’s treatment (last I heard, he’s now cancer-free). He was close with the boy and the family. It made the news, because of the scene where Jackson says, “What’s wrong with sharing a bed with someone you love?” in reference to the young boy. The public took it (or twisted it) to be a sexual thing. Jackson intended it as an innocent remark like hanging out late, playing video games on a massive bed and someone passes out. Inappropriate? Yes. Sleeping in the same bed as a child that isn’t yours, and especially without consent of the parents, is extremely inappropriate. But was it molestation? No. I don’t claim MJ was a normal person. Actually most people recognize he was a pretty fu*ked person due to his premature success and all his exploitation. He was certainly nuts crazy and he certainly didn’t act like a normal person, but that doesn’t make him a criminal.

Anyways, the mother of the boy had been in and out of mental institutions and had attempted to con money from celebrities in the past (the reason for Jay Leno and George Lopez being at the trial). She also claimed her family had been “sexually fondled” by JC Penny security after her kids shoplifted. She settled out of court for $152k. Anyhow, after the Bashir documentary, people like Gloria Allred were petitioning to have Jackson’s kids taken away and Jackson’s handlers told him to distance himself from the young boy and the family so he cut them off. It was only after that, that the woman and the boy accused Jackson of misconduct. The funny part was, they literally claimed the molestation started AFTER the documentary aired. As if Jackson hung out with the kid, let them live at Neverland, passed out playing videogames, filmed a documentary admitting that it was innocent and then when the entire world started looking at the relationship with a magnifying glass and wanted to take away Jacksons kids (and apparently the family had already been interviewed by police), that’s when Jackson decided to start molesting the kid. The woman also claimed they were held hostage at Neverland, to which they pulled up the credit card receipts showing all the shopping sprees she was doing with Jackson’s money during the “kidnapping”. At one point they point out, “How could you be kidnapped if you were shopping at Nordstroms, Tiffanys, here’s a receipt for a body wax.” The woman snapped back, “I/m telling you there was only a leg wax” You can read most of this on wiki.

That 2005 Trial doesn’t happen without the 1993 situation. It was the same DA (Tom Sneddon) who tried to get Jackson in 1993 that was pushing for the 2005 thing. It was only mildly plausible, because of the 1993 thing. They tried to find other boys to step forward (out of the thousands who Jackson had been in contact with over the years) and nobody stepped forward. They had a former body guard (who had sold his story to National Enquirer and had previously been arrested for armed robbery) claim he saw Jackson blowing Macauley Culkin in a shower. Culkin was brought up there and he testified that he was a long-time family friend of Jackson and had slept in his bed, but that Jackson never molested him or did anything sexual with him. Culkin said he’d “never seen him do anything improper with anybody” and called the allegations “absolutely ridiculous.”

As one journalist put it:

The trial featured perhaps the most compromised collection of prosecution witnesses ever assembled in an American criminal case…the chief drama of the trial quickly turned into a race to see if the DA could manage to put all of his witnesses on the stand without getting any of them removed from the courthouse in manacles.

Nobody following that trial was surprised by the outcome. It’s some sad stuff. Despite this, the perception stuck. I should admit this is slightly biased. Someone I know spent a lot of time at Neverland hanging out with MJ when she was a kid and she said it was ALWAYS filled with children (mostly underprivileged kids, children with disabilities or sickness) and that Jackson was a saint. She’s still a little depressed about his death and doesn’t like talking about it.

Here is a short interview from 2003 with the author of that GQ article (Mary A Fischer) right after the second allegations broke. In both the 1993 and 2003 allegations, the parents’ first instinct wasn’t to go to police, but to lawyer up. In both instances, they went to the same lawyer (Larry Feldman) who specializes in civil litigation. Strange behavior if you actually think your kid has been abused.

25 Kickass and Interesting Facts About Clocks