So one of our readers asked us this question the other day. How can I explain to my boss that we did in fact have sufficient computing power in 1969 to perform the complicated maneuvers required to land on the moon? My boss thinks the moon landings were faked. He never spouts the usual hoax stuff about shadows and waving flags, but rather he is convinced we didn’t possess powerful enough computing technology in 1969 to a) land on the moon, b) launch back off of the moon and re-dock with the lunar orbiter, or c) land safely back on Earth. One of his favorite arguments is, “Have you been to Florida to see those pieces of junk? No way we got anywhere near the moon with that.” Problem is, I can’t find a lot of specific de-bunking arguments discussing the computational power of the machines involved. How can I, in polite enough terms that I won’t lose my job, and citing specifics, explain to him he’s wrong? 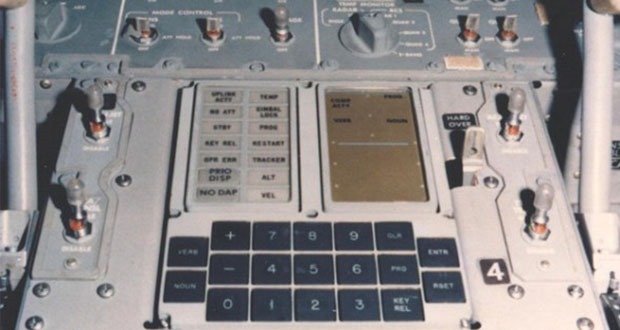 Problem is, I can’t find a lot of specific de-bunking arguments discussing the computational power of the machines involved.

I think you’re both misunderstanding what computers are actually used for. Computers aren’t magical devices that just make things like landing on the moon easy. Space travel isn’t a matter of ordering a computer “take me to the moon.” The calculations required to compute a trajectory are really computationally very simple, and it’s always been (and always will be) a matter of having intelligent humans know when and why to apply something. 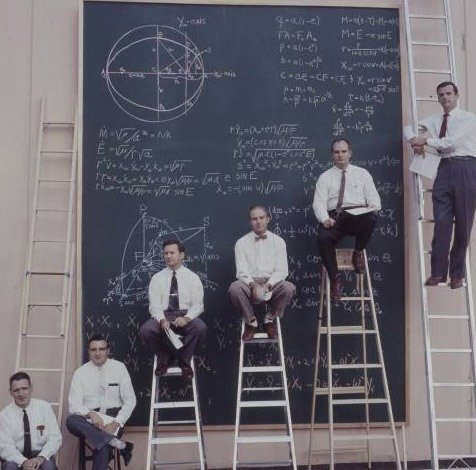 This image of NASA engineers popped up recently. The equations behind them are all from orbital mechanics, the basics of which were well understood for a long time. And relevant to your question, they are all trivial to calculate even with the computational power available in 1969. You really don’t need much more than a pocket calculator. 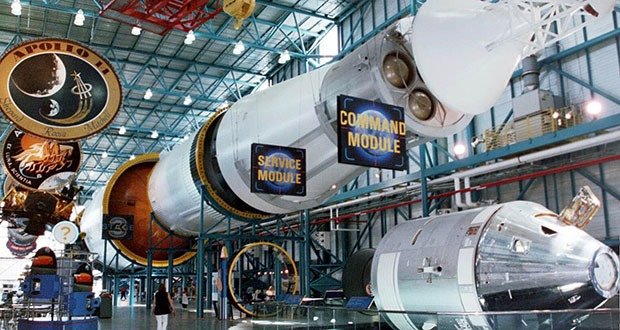 Have you been to Florida to see those pieces of junk?

I have, and they are g*ddamn beautiful pieces of art. The fabrication of the rocket engines is simply astonishing. 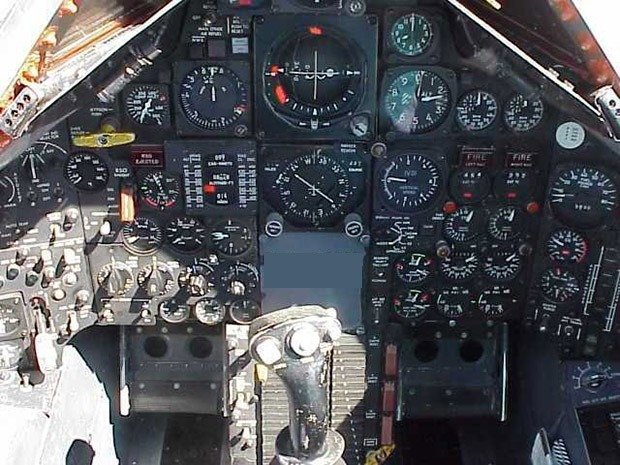 Computers haven’t exactly been the game-changing technology in large scale engineering projects that the unfamiliar might think they are. Large projects are more expensive than they ever were in the past, despite all of our computational resources. Look at other engineering tech of the era – the SR71 was designed in the early 60s using cigarettes and slide rules and is still the fastest air-breathing manned craft ever made. Pictured above is the analogue interior of SR71.

Here is a good read on actual details of how the trajectories were calculated, for those with a little background in orbital mechanics. Here is a short snippet from it;

Despite their low performance, on paper, we got a lot of work out of those old machines. For those used to waiting 15 seconds for a Windows spreadsheet to even load, it’s difficult to imagine how much work a 1-MHz computer can do when it’s running full tilt in machine language, not encumbered by bloated software, interpreted languages, and a GUI interface. I’m old enough to remember, and look back on those days wistfully.

I want to add a note about the PC’s of that time that most people miss. Back in the early days of computer technology everything was custom hardware. Most of the pieces were designed to calculate a specific task whereas modern technology relies on generic processors that use software. So even though that old hardware may not be as powerful as today’s equipment it was extremely efficient and quick at calculating what it was designed to do. If he doesn’t understand point him towards a ICU 101 course where they can show him how fast electrical signaling can crunch numbers in a simple circuit.

I want to add one more thing that your boss may not understand. The circumference of the earth was calculated in 240BC. This is a perfect example of how powerful human ingenuity really is. We can do a lot without the need for computers even thousands of years ago. 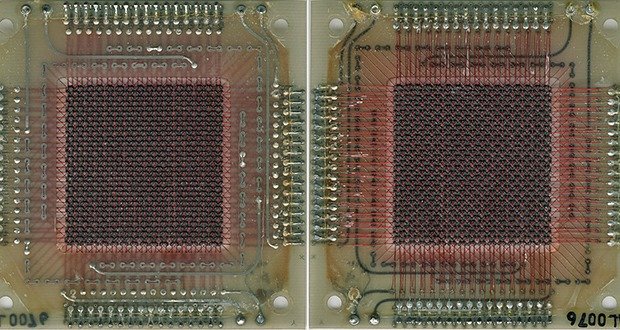 Researching on this question, I stumbled on this page. It has every detail you never knew you wanted to know about the Apollo guidance computers right down to the opcodes and the voltages of the power rails. It had 72 KB of ROM, 4 KB of RAM, all ferrite-core. The picture above is of the AGC ferrite core memory. NASA has gone as far as releasing the actual source code used on the Apollo 11 mission.

Interestingly enough, where the computing technology required to go to the moon was actually fairly rudimentary, the film technology required to fake the landing actually did not exist. At minimum you’d need to be able to simulate low gravity in a convincing way. Including how other objects would behave like dust, rocks and, at one point, a golf ball. That alone would be well beyond the capabilities of late 60s Hollywood. There’s also an interesting piece from the engineering team at Nvidia about what they had to do to render one of the photos taken on the moon. A fake photo showing astronauts on the moon would basically have been impossible to pull off at that time.

NASA published the trajectories of the rockets they launched, so people could independently track the craft, which the Russians did. If it was faked, Russians would have found out and would have been more than happy to share with the world that moon landings were faked. The part that makes the moon landing obviously true in my mind is just the fact that the big expensive bit is the rocket itself, if you can launch that much mass and reach the moon the only thing stopping you from sending people is the size of their balls.

All in all, you can present these facts, but people who believe in conspiracy theories have a different type of brain structure. Not only can you not change their minds, presenting them with facts will often just reinforce what they already believe. Your boss will be more certain than ever, after your explanation, that we never landed on the moon. But, more important to your career, he will also be certain that you are not very smart. After all, you cannot see what is obvious to him. People never forget how you make them feel. Much more important than any facts when it comes to bosses. My advice would be just let it go. Does it really matter to you if your boss doesn’t believe in the moon landings? Heck, if you insinuate that you agree with him, he might like you a lot more!