So one of our readers asked us this question the other day. Do astronauts develop illnesses/head colds while on extended missions? Is there protocol/equipment to deal with serious medical problems while traveling in space? 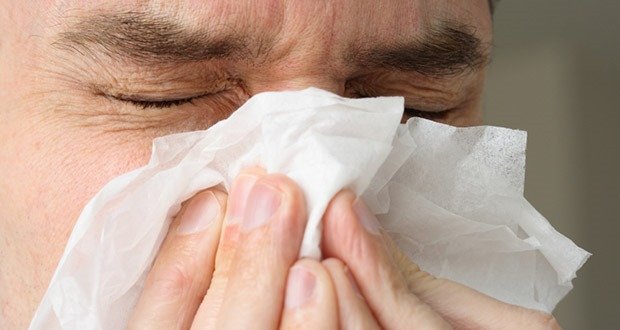 Head colds actually significantly impacted Apollo 7, the first manned Apollo launch. All three astronauts developed head colds during the course of the 11-day mission. They became snappish and irritable, and refused a number of orders from the ground. The blame for this “mutiny in space” is mostly placed on mission commander Wally Schirra. One of the original Mercury 7 astronauts, he was NASA’s most senior astronaut and the only person to fly in all three manned rocket programs: Mercury, Gemini, and Apollo. When he began refusing to cooperate, his two crewmates followed his lead. Experiments outside the scope of testing the new capsule were scrapped, one of those “live from space” TV interviews was refused, and the entire mission took on an air of stubborn negativity. Everything came to a peak before re-entry: the astronauts were supposed to put their helmets on, in case of depressurization. But the astronauts, with head colds and fearing burst eardrums, wanted to be able to pinch their noses to equalize their sinus pressure as they landed. They ended up disobeying a direct order to put their helmets on, and Schirra basically told the flight director to go to hell. 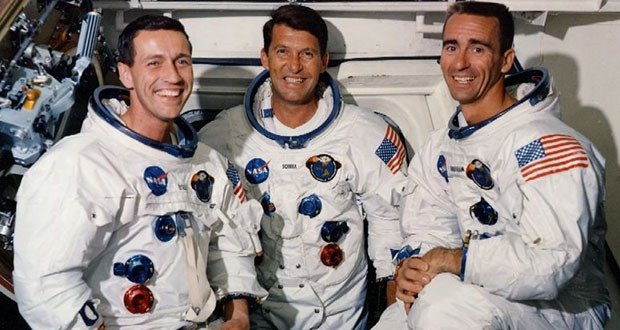 None of the three astronauts flew again: Schirra retired, while the two younger astronauts kept their jobs but were permanently grounded. Schirra actually used the experience to star in commercials for a cold remedy.

For later missions, there have been recorded infections: at least 29 according to this article from 2012. These can potentially be serious, as zero gravity is a terrible place to get sick. For reasons we don’t really understand, the immune system is significantly weakened in zero-g, while pathogens are strengthened. And the aerosol cloud from a sneeze doesn’t drift to the ground like it does on Earth – it just flies outward, to land on and stick to all the instrument panels and such. Infection control in space is serious business. 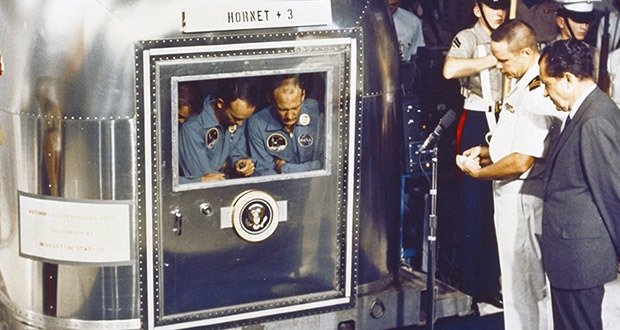 Half-hearted attempts at quarantine started during Gemini I believe, but they weren’t really enforced. After the Apollo 7 incident, management tried to crack down, but still the astronauts didn’t take it seriously. Gene Cernan got a speeding ticket the night before he launched on Apollo 10.

They didn’t start really cracking down until after Apollo 13. Command Module Pilot Ken Mattingly had to be replaced at the last minute because another astronaut was exposed to Rubella. Backup pilot Jack Swigert performed admirably, but the possibility of disease had still broken up a team that had trained together for months. Added to that, Apollo 14 commander Al Shepard had already been grounded for years by disease, so he wanted absolutely no chance of some infection keeping him off the moon. 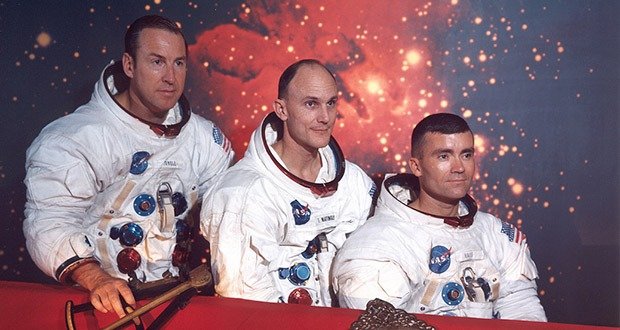 Chris Hadfield’s book An Astronaut’s Guide to Life on Earth talks about the medical isolation Astronauts undergo before heading to space.

This article states that 10 days before launch, they’re screened for illness and cleared for quarantine if good. Quarantine lasts a week to allow latent symptoms to surface. So it’s still possible to get sick, but NASA and the Russian Space Agency try to minimize this risk.

As for serious medical problems, they can deal with small issues like broken bones, infections etc. They have a board to fixate people on, I think it was shown in a walkthrough by Andre Kuipers. Surgery is not really possible, think of what would happen when you cut someone open when there’s no gravity… Could be a good horror movie scene, blood would be spraying everywhere. Research is being done on fully submerged surgery, where the cut is being made in a closed box filled with liquid. The liquid is continuously refreshed, so the surgeon can still see properly. 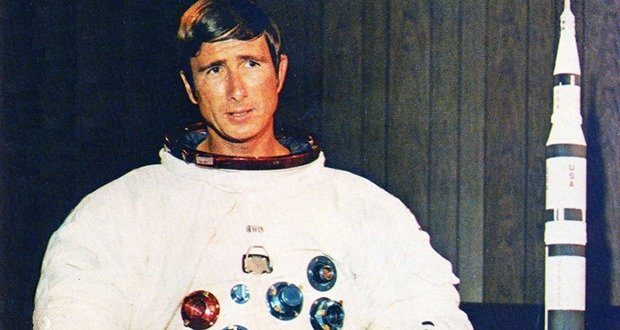 James Irwin had a heart issue that came up during Apollo 15, and what the head doctor said was this: “In truth, he’s in an ICU. He’s getting one hundred percent oxygen, he’s being continuously monitored, and best of all, he’s in zero G. Whatever strain his heart is under, well, we can’t do better than zero g.” So I guess that you’re already in more or less the best possible conditions in case of heart problems. Apparently, the issue went away during the flight back.

For the ISS, in the worst case scenario they can get an astronaut in need back on the ground and in a hospital very rapidly, because the station has enough spacecraft docked to it at all times for an emergency evacuation. The big down side is that there are usually exactly enough seats for all the astronauts, so the craft used to evacuate the sick/injured person would have to be filled with other crew as well. Depending on the staffing level of the station, this could mean fully evacuating it and suspending station operations for a long time.

15 Tweaks that Made us Human