So one of our readers asked us this question the other day: How did an*l probing become associated with alien abductions? Also how did this become popularized in western culture and science fiction?

This is a really interesting question because it actually has two answers, which in turn says a lot about the phenomenon of alien abduction narratives.

Alien encounter/abduction/near-miss “reports” start to bubble up in the wake of the events at Roswell in 1947. I say “reports” in quote marks because it’s often difficult to tell whether many of these are intentionally fiction (related on radio shows, in pulp magazines; crafted by hypnotist-therapists with a preexisting interest in the paranormal, etc). The first abduction story to truly go viral, of course, was the saga of Barney and Betty Hill from 1961, reconstructed through dreams and hypnosis in the next couple of years and hitting prime time in 1965. 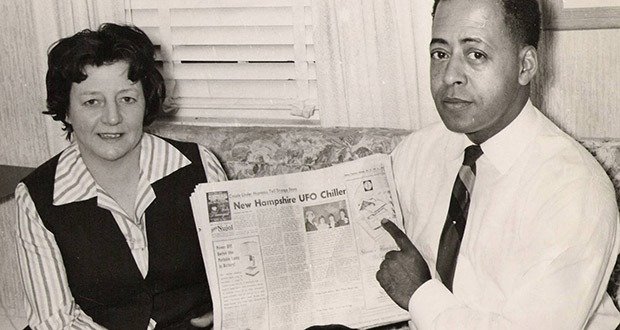 The Hills’ story codified what would become a pattern in abduction narratives, although it has one or two precedents from the 1940s-50s era: the medical examination. Folklorists have seen alien abductions as a “scientific update” of supernatural and mundane kidnapping tales. In the 1960s, medicine was a pivotal and socially-oriented prong of science. For example, family medicine was instituted as a formal, board-certifiable specialty at the end of the decade to fill an obvious need: as more and more physicians shifted into more particular specialties with growing scientific advances, more and more families could afford to visit doctors on a regular basis, which had created a large gap.

Both Betty and Barney reported medical examinations as part of their abductions. Betty described the collection of hair and fingernails, and a long needle being inserted into her belly button. After hypnosis, Barney became the first known abductee to report a probe of some sort being inserted into his rectum. He understood this to have an explicitly sexual purpose, linked immediately to the collection of sperm in a cup.

There’s a lot of drama surrounding whether the Hills were influenced by episodes of The Outer Limits. I’ll point out that a lot of the things that have been attributed to those episodes (the appearance of the aliens, for example) actually have long histories in pulp SF. Perhaps we can tally them up to “ideas in the air.”

More important for current purposes is–the massive publicity that the Hills’ story garnered from 1965 on did not mention the an*l probe. It’s hard to say whether the censorship was due to discomfort with sex, rape, or an*l sex or rape specifically. The slightly earlier abduction story of Brazilian farmer-turned-lawyer Antonio Vilas Boras, despite his attempts to gain attention prior to the Hills’ PR explosion, seems to have faltered based on its crux: he was kidnapped in order to, apparently, reproduce with a sexy female alien. On the other hand, 1965 isn’t that far from the introduction to pop consciousness of one Captain James T. Kirk, intergalactic ladies’ man.

Through the 1970s and 1980s, medical testing and, yes, sexual reproduction staked out prominent places in the standard UFO abduction “script.” There’s not a lot of, er, backdoor action at this point, though. For that we have to wait until 1987. Two media sensations coalesced in this year. 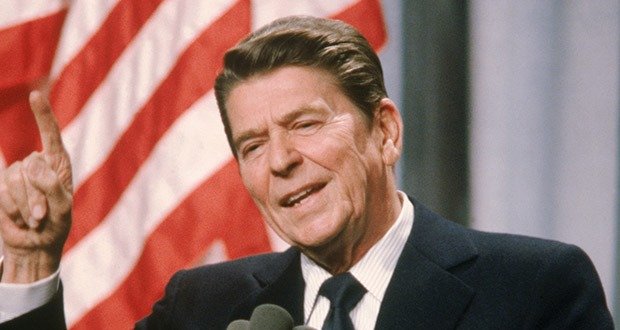 First, U.S. president Ronald Reagan struggled with colon polyps and cancer throughout his presidency. In 1985, he underwent a colonoscopy and colectomy during which he transferred power over to the vice president temporarily. A follow-up colonoscopy and polyp removal in 1987 were even more widely publicized.

All that attention to the president’s colon may have inspired, but certainly led people to pick up on a particular detail in a horror-SF-memoir (?) book published shortly after the president’s 1987 procedure. Whitley Strieber presents the long story of his encounters with probable extraterrestrials in Communion as memoir. He presents the experience of an*l probing as very specifically rape:

Two of the stocky ones drew my legs apart…They inserted this thing into my rectum. It seemed to swarm into me as if it had a life of its own. Apparently its purpose was to take samples, possibly of fecal matter, but at the time I had the impression I was being raped, and for the first time I felt anger.

In addition to the colonoscopy angle catching people’s imaginations, one has to think of public attitudes towards homosexuality in the late 1980s, especially with the AIDS epidemic ravaging the gay male population in the US. (Arguably, a significant portion of “colonoscopy humor” in 1980s-1990s media turns on homophobia and stereotypes of masculinity being violated).

In the scheme of influential alien abduction stories, the Hills’ medical testing (minus Barney’s recounting of the an*l probe) and Strieber’s rape-for-science have an important thing in common. When we find stories with similar characteristics whose date of occurrence predates them, the announcement date occurs afterward. Albert Lancashire didn’t report his 1942 abduction that featured many of the now-stock tropes, like medical testing and amnesia, until after the Hills’ version was famous. And Budd Hopkins’ collected stories published in the 1980s (1981, 1987) are filled with lurid tales of reproductive violation, like the poor Indianapolis woman who recounted being forcibly impregnated and then having the fetus cut out of her stomach. (She was later abducted a third time in order to see her child.) But while he claimed to have been told other stories involving an*l probes from the 70s and 80s, he “mysteriously” had made none of these public until conferences and books in the 1990s.

So overall, we can pinpoint two places in the folk/lore of UFO encounters and alien abductions where an*l probing tried to enter the narrative. The first time, it was suppressed. The second time, it caught fire.

AskUs: How worried should we be about the Clathrate Gun?