From what I have learned/figured out, positive and negative attract one another etc, but how does a neutron stay or stick with protons? Are they really attracted by one another?

This is a really good question, and it’s unfortunate that I can’t give a very good answer. 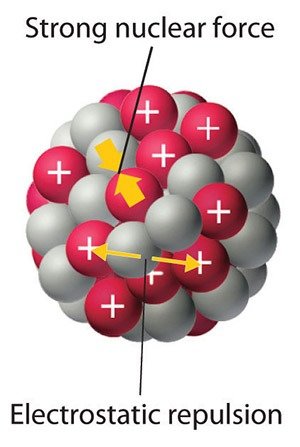 Short answer: There is another force, called the strong nuclear force, that is 100x stronger than the electromagnetic force, but very short ranged and causes neutrons and protons to attract each other very strongly. 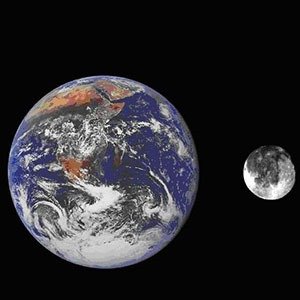 Longer answer: How does the moon stay in orbit around the earth? Why do electrons stay attached to atoms? Why does anything happen, anywhere, at all, ever?

The answer is this: there are forces in the universe. A force is basically some kind of mechanism built into the universe that allows particles to interact. By interact, I mean they can see each other, or feel each other. If two particles interact via a force then it will change their motion, the most familiar being gravity- the moon feels the force of gravity generated by the earth so it stays in orbit, and the earth feels the force of gravity generated by the moon, so it has tides. Magnets too: if you put them near each other, they move because they exert an electromagnetic force on each other. 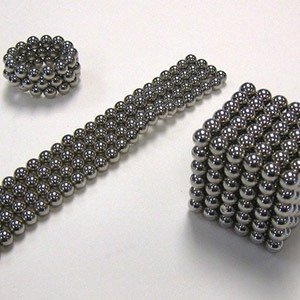 I’m going off on a tangent here, but consider a universe with no forces. What would that universe look like? What would it feel like to be a particle in that universe? For one thing, everything would basically just be still, never accelerating or decelerating, and would see a big black empty universe full of nothing. If there were no forces for these particles to feel each other, they all might as well just be invisible to the each other. A universe of ghosts…

Anyway…. your question is a good one: if protons have like electromagnetic charges, they should repel, so why does the nucleus stay together? Why don’t they repel each other and blow apart the nucleus? Similarly, why do neutrons stick around if they don’t have a charge?

So you’re familiar with the electromagnetic force, but what you’re not familiar with is the strong force. The strong force is the glue that holds the quarks together, and thus holds the baryons (which are made of three quarks, the most familiar being the proton and neutron) together. The proton/neutron attraction is very strong via this force, which is why nuclei must be made of a mixture of them. Interestingly enough, the proton/proton interaction and the neutron/neutron interaction isn’t nearly as strong, so nuclei made almost entirely out of just neutrons or just protons are very unstable, and will decay until they produce a regular stable nuclei. 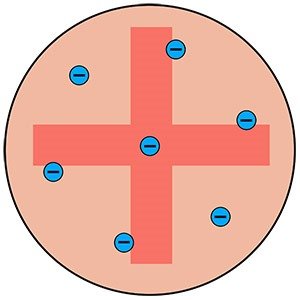 But why don’t electrons get stuck to the glue and end up in the nucleus too, like some sort of Plum Pudding Model? The answer is very simple: electrons don’t have a nuclear charge so they are invisible to the strong nuclear force. This is a very cool part of the Standard Model of Particle Physics- there are three families of particles, the quarks, the leptons, and the gauge bosons. The quarks have this nuclear charge so they are forced to be bound into big fat nuclear particles like protons and neutrons and mesons and baryons, while the leptons, or electron family, have no nuclear charge, and so they are lighter and much more spry.

It’s an interesting question: why do these forces exist? and I can’t really give a good answer. As best as I understand, they just seem to be hard coded into the universe and we don’t yet fully understand why. As far as how does it work? In any more detail than I’ve given, would take a whole lotta math.

10 Deadliest rocks in the world