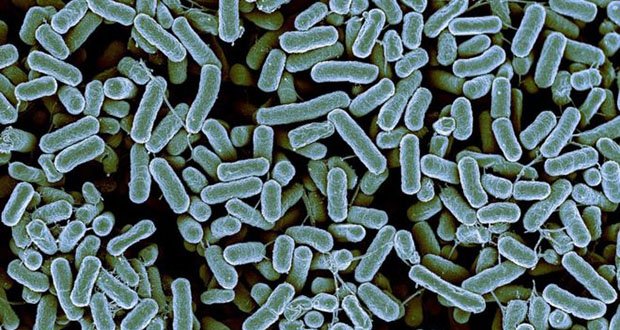 So one of our readers asked us this question the other day: If bacteria die from (for example, boiled water) where do their corpses go?

So let’s say we have a scalpel. The simplest medical device there is. There’s a number of ways to make it totally(ish) sterile: gasses, steam, dry heat, gamma radiation. But as you ask – the little bacterial corpses are still there. Waiting, one presumes, for tiny necromancers.

The problem occurs when you stab someone with the scalpel, preferably in a medicinal way. The body’s immune system works by identifying certain chemical triggers in bacteria and has no way to know that, for example, the lipopolysaccharide hanging around in someone’s heart is not part of a bunch of living bacteria, but the floating corpses of dead bacteria. The dead byproducts of bacteria are called “pyrogens” because they cause (among other things, such as death) fevers.

Where do they go? Nowhere. Bacteria are small enough that water has completely different properties on their level. Beyond rinsing off the gross matter and reducing bacterial load, washing can’t do much. So for things like heart surgery scalpels, there will usually be a second step of “Depyrogenation.” This is the process, not of killing bacteria, but of removing the bits left behind so they don’t trigger an immune reaction. This varies widely in complexity depending on what you have to depyrogenate. Steel scalpels are easier than an injectable drug, for example. Typically, the goal of the process is to thoroughly break down the biological material left behind.

“Cleaning” a medical device is basically doing dishes-getting blood and bits off the reusable ones. “Disinfecting” is using chemicals to get something purty darn clean. “Sterilization” is killing all* the germs on something. “Depyrogenate” is taking bacterial corpses and reducing their remaining structure to a point where your immune system won’t recognize it and freak out. *SALx10-6 is the typical sterility level for a medical device, i.e., one in a million germs/one in a million devices.

So am I eating Pyrogens? Will I die?

Pyrogens aren’t much of a concern for eating. Your mouth is filled with bacteria, so is your digestive tract, so is your skin, so is everyone you love, so is the air. Basically, your entire body is covered in and filled with teeming hordes of bacteria trying desperately to eat you alive, so your body is used to dealing with it. Pyrogen reactions are a concern when you put dead-germ bits into places that don’t have germs- blood, pleural cavity, brainbox. The exceptions are things like E. Coli, Salmonella, and botulism. In that case, what makes you poo/die is the toxins left behind by the bacteria. So if you have a piece of rotting meat, you can’t just cook it until it is safe, because the toxins are what get you, not the live bacteria.

Another example is milk. Heat treatment of fresh milk is a great idea because it kills a lot of bad guys. However, if those bad guys have been hanging out for a while, they may have produced a lot of stuff that can also give you a bout of diarrhea. This is especially problematic in countries where cows get milked in one place, and then a non-refrigerated truck takes the milk to a cheese producer 100 miles away. People not used to eating said cheese will probably get the runs because their immune systems can’t handle it. This is why if food has been sitting around for a long time out of the fridge, it’s probably not such a great idea to microwave or boiling it, thinking that if you just kill the bacteria on that 2 days old piece of pizza you found on next to the blender you’d be ok eating it.

AskUs: In nature, why are there no diseases that mentally or physically enhances our abilities?